Song greyed out in playlist... but playable..??

Song greyed out in playlist... but playable..??

I have Premium, and I'm using a Moto G6 (Android). My phone, computer and account are all registered and being used in the US.

I have a bunch of local files on my phone that I imported to my phone using the funky, backwards WiFi sync method off my computer. I then made a playlist composed of entirely local files.

One of them is greyed out in the playlist. It's downloaded to my phone, along with everything else on this list.

When I tap the song title in the playlist, it still plays. It just skips the song when I'm playing the playlist start-to-finish.

There's legit no reason for Spotify to recognize and block the song, anyways... there's nothing close to it in the Spotify database that wouldn't also flag other songs in the playlist. For reference, the song giving me trouble is "BEIN FRIENDS" by Catherine Warwick, which was only released in Japan on a soundtrack CD for a Famicom/NES game that didn't reach the West until 2014--so the CD was published specifically in Japan in 1988. If anything, whatever flags songs should've taken down the rip of "Onett" from Super Smash Bros. that is also in the playlist, as a song that actually released outside Japan that belongs to Nintendo. There are two other Catherine Warwick tracks in the playlist from the same CD, and they're just fine... so what gives? Is she not allowed to be my friend? 😞 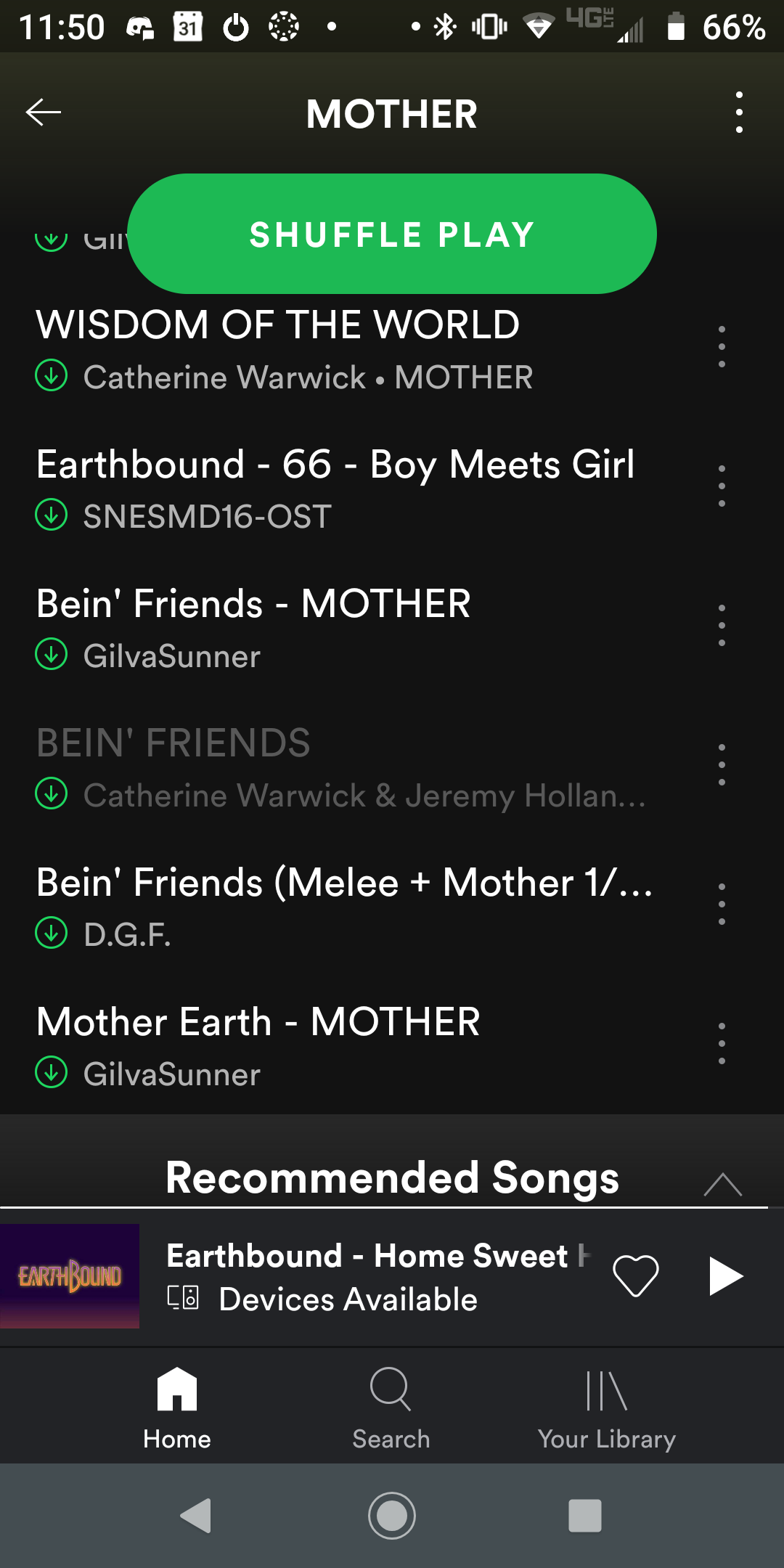