i was hoping this would've fixed when I updated my iOS but it has been a problem for a while.

the issue is with queuing songs on the mobile app. The last song that is in the queue will be invisible, and there will be a space there with no gui. If you use the mover to shift a different queued song underneath it, the previously last/invisible song will become visible and interactive as normal while the song moved to the end of the queue will become invisible. If no songs are queued, everything looks normal.

Queue one or more songs

Observe the screen that allows you to see and move around what songs are queued as well as what songs would have been next had you just left it on the playlist.

You will now see that whichever song is at the bottom of the "up next"/queue list is invisible.

full phone restarts or app reinstalls have not fixed the issue. It is reproducible on three different iPhones. 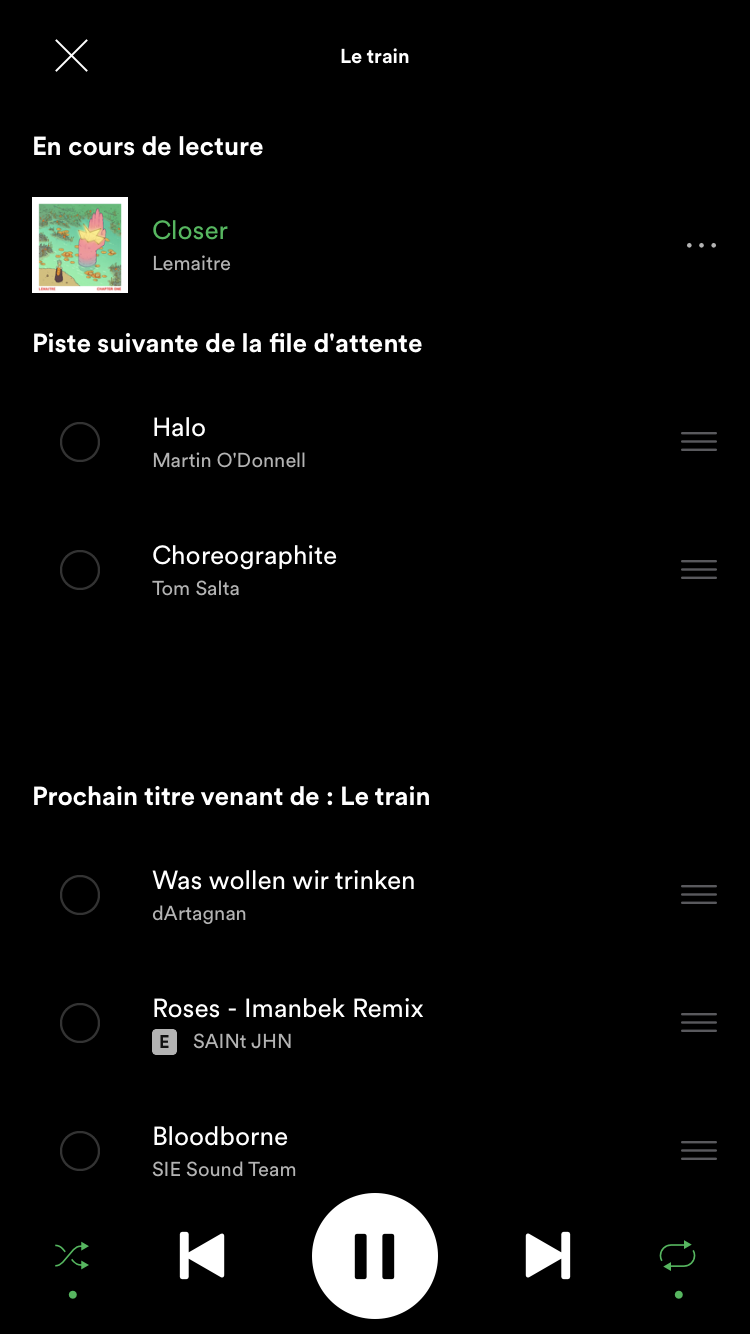 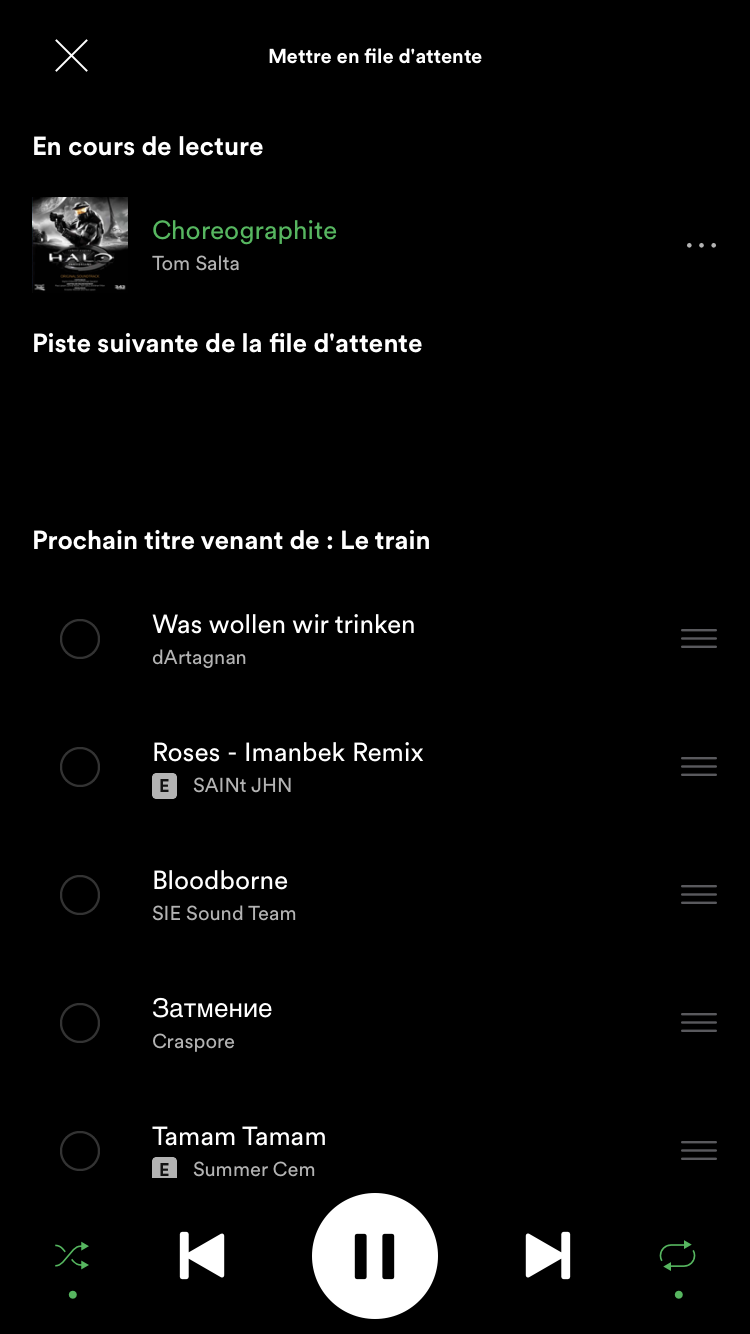 Hey @prestonjpowell, welcome to the Community.

Could you add your details and your +VOTE in this Ongoing Issue thread?

LoxerRock Star 17
Help others find this answer and click "Accept as Solution".
If you appreciate my answer, maybe give me a Like.
Note: I'm not a Spotify employee.
Reply
1 Like

I've had the same problem for years and it still has not been solved. Please help.

Thanks for getting in touch with us 🙂

We'd suggest you restart the device. Then you can log out and log back in to the account. If that doesn't do the trick, you can give these steps a go and run a clean reinstall. That way you can make sure the cache is not causing this issue.

If you still experience this issue, it's a good idea to try with another account. That way we can check if it's an account-related issue.

Let us know how it goes. If you have questions, you know where to find us.

VerModerator
Help others find this answer and click "Accept as Solution".
If you appreciate my answer, maybe give me a Like.
"Difficult roads often lead to beautiful destinations." ―Zig Ziglar
Reply
1 Like
SUGGESTED POSTS
Log In