using spotify in a mini cooper

using spotify in a mini cooper

dont know, but its the latest ios software apple have out to date.

im having issues using spotify in my mini cooper 2016. it was working fine but over the last few months its been freezing and ive been ignoring it thinking spotify would release an update to fix it.

I have to plug my phone in using the usb cable to use the spotify app built into the car and see album art and switch playlists etc. one its all connected and working it could be working for 10-20 mins , there is no set time. Then if i change track the album art will stay on the previous song, the timer bar along the bar will be stuck a few seconds in and the song title and artist will not be the same as A) the song playing b) the album art . and there is nothing i can press to clear it, i have to unplug the phone and connect it again. ive tried clearing the cache but that hasnt dealt with it. i have attached a picture of what happens when it freezes. I have to force close spotify on my phone and reopen it for it to work in the car again , so i think its more spotify software than the car, and it worked for nearly a year with no problems before this. has any one else had this issue?

also i would like to add the song playing wasnt either dua lipa or tiesto, hahaha 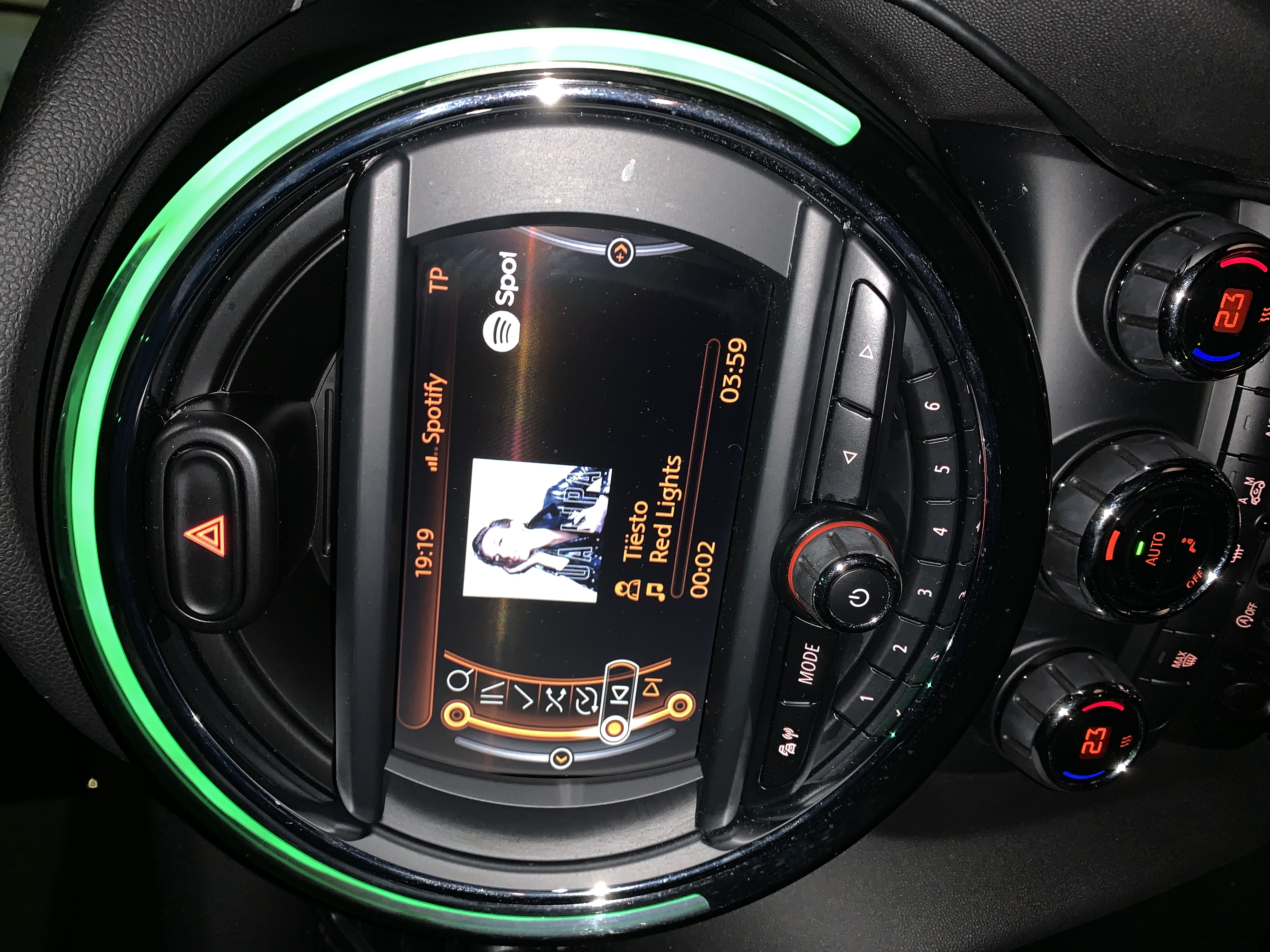 lee020891
Casual Listener
No luck yet, I’ve told my mini dealer and there is no update from them. I’m thinking the issue is on Spotify’s side.