This issue is not really related to bugs but I couldn't find anywhere else to contact you about what I believe is a scam towards Spotify.

Anyway in my "recently played artists"-list there is some music listed that I have never listened to. All of the "bands" have around 10 000 monthly listeners but only 1 follower.

I'm attaching screenshots of 3 of the bands (I have 10 but could only post 3 attachments). 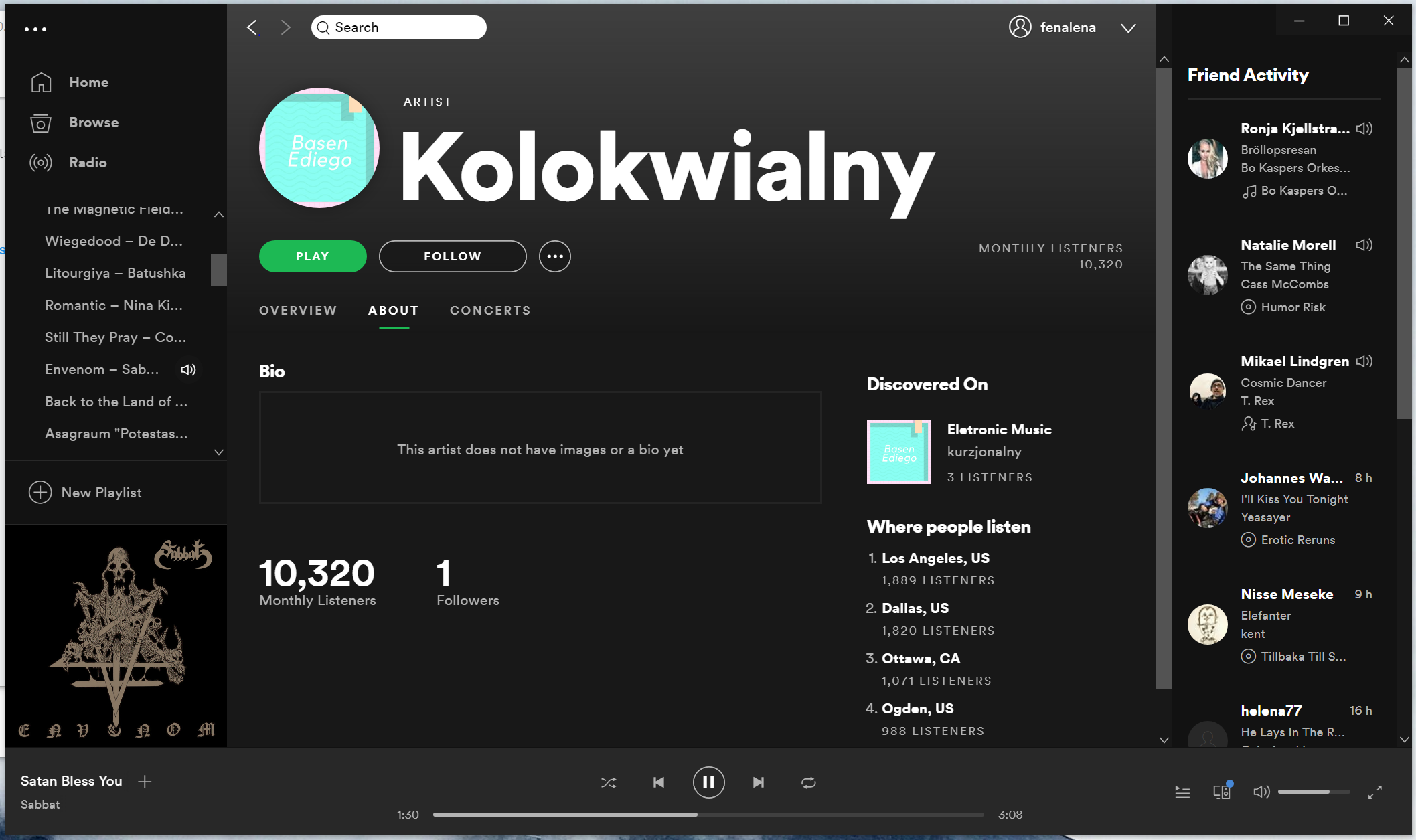 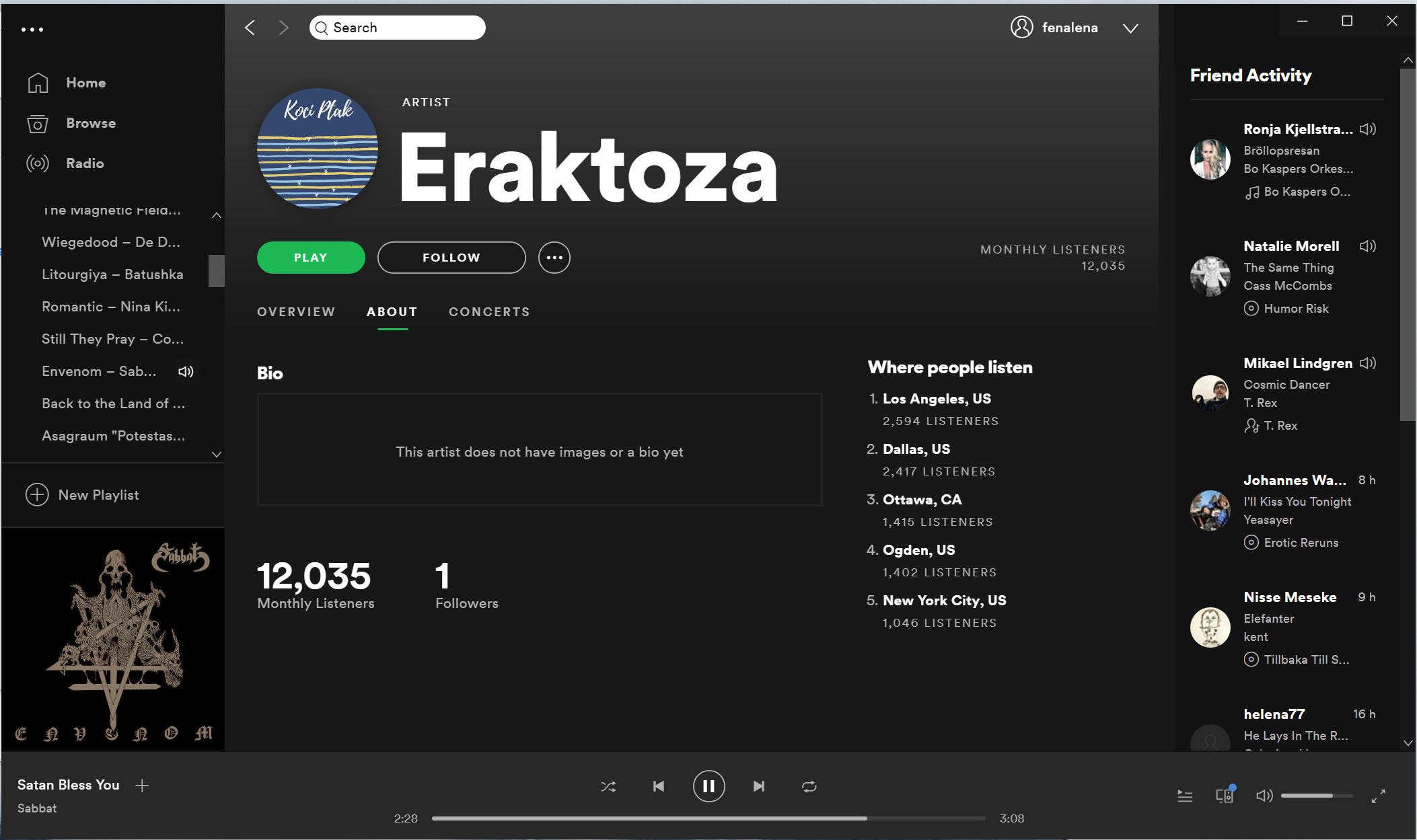 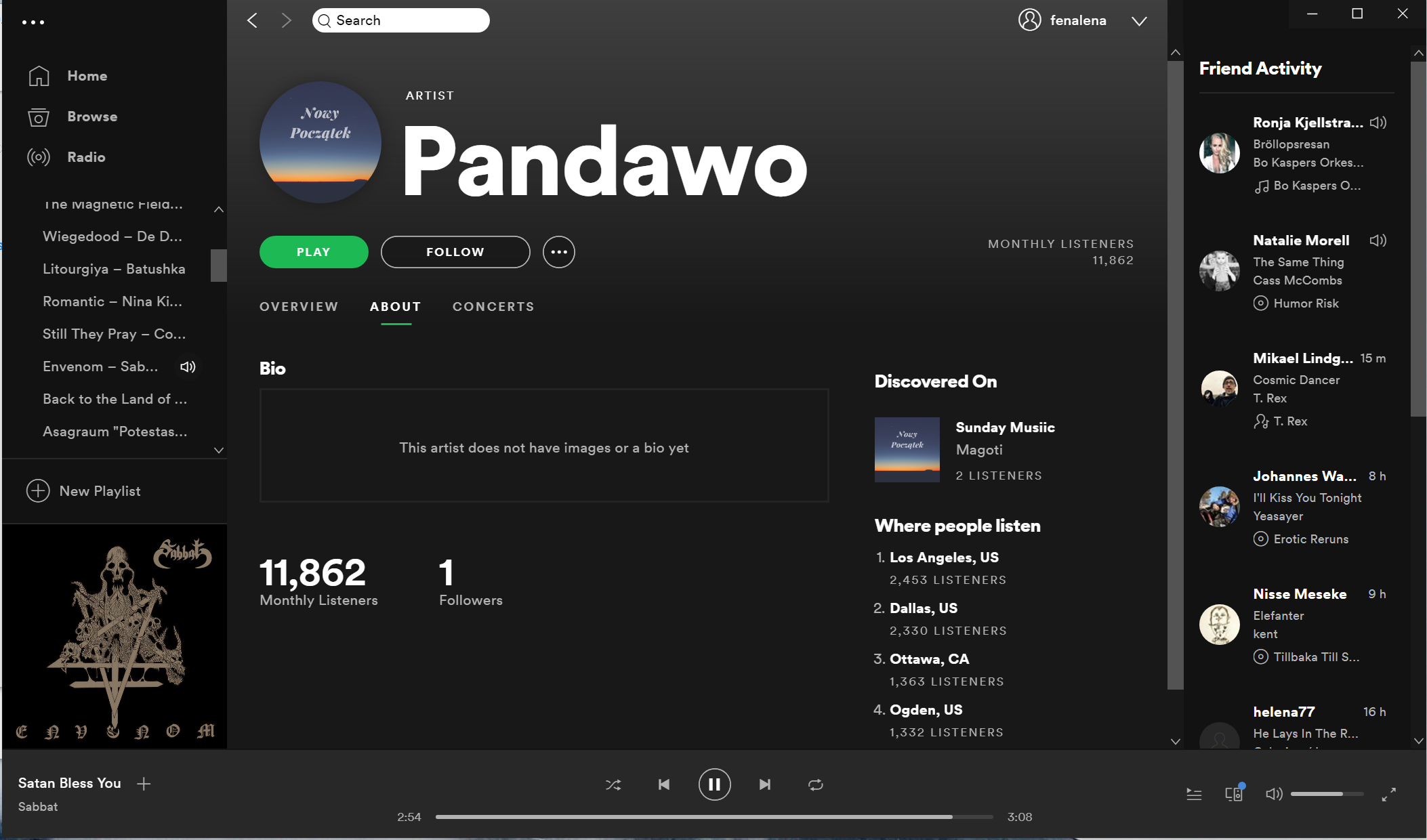 I'd recommend checking out this support article. On that page, you'll find options to contact Customer Support.

Billy-JRock Star 22
Help others find this answer and click "Accept as Solution".
If you appreciate my answer, maybe give me a Like.
Note: I'm not a Spotify employee.
Reply
0 Likes
Highlighted

I changed my password to a really strong one, signed out from all platforms and logged in again. Today (about six weeks later) I had the same problem with some music I never listened to in my recently played list. It hade the same characterstics as before; some random band (Georgetarpley) with a generic album cover with music that could have been autogenerated. 14.505 monthly listeners and 1 follower.

To me it seems like Spotify somehow has been hacked:

My guess is that someone is putting together numerous albums with autogenerated/stolen music to get as many as possible songs out there to be forced played by other people to earn money on played songs.