I was having a terrible time with Spotify on my Android/Samsung Galaxy S7 and S8.  UI was slow, and songs would randomly stop playing for up to a few minutes and then restart.  Media controls wouldn't work and sometimes the entire app would simply freeze.

Trying to isolate what the issue may be, I found that disabling "Behind the Lyrics" seems to have solved the issues.  I also noticed that going Offline also helped, but this may be related to the lyrics feature not trying to pull data related to it.

I need more time, but so far, dramatically improved and feel the Spotify should further investigate this issue.  Good day. 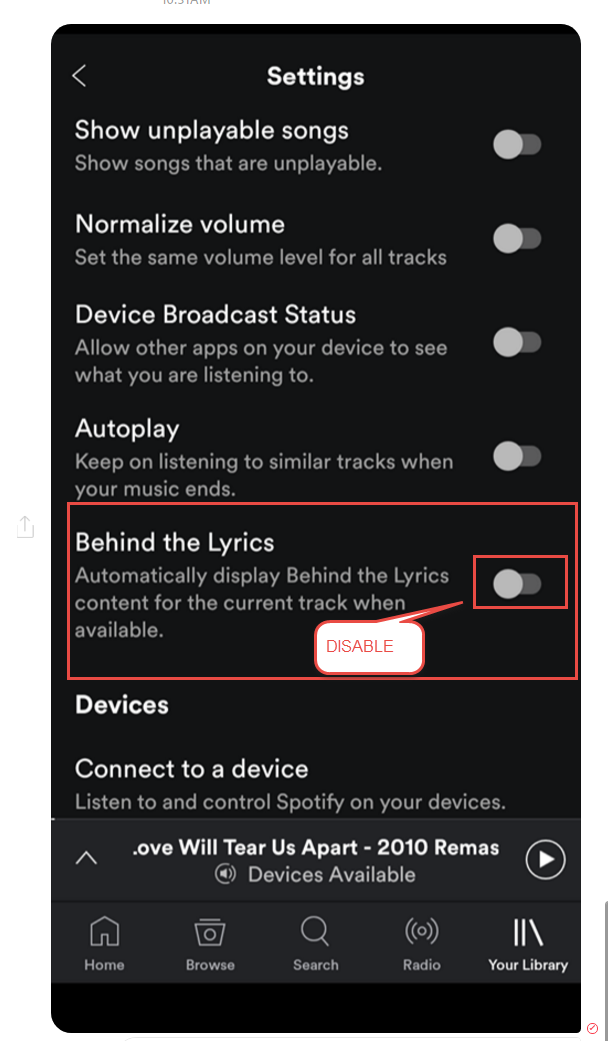 Fernandez4
Casual Listener
So over time the performance issues returned. I cleared the cache and local files and did an uninstall/reinstall and has been working fine ever since.

Fernandez4
Casual Listener
So over time the performance issues returned. I cleared the cache and local files and did an uninstall/reinstall and has been working fine ever since.
Reply
0 Likes