Sorry to add another thread about non-syncing local files, but all of my searches have proved inconclusive so far. 😞

I've got an Xperia Z with a 64GB SD card, which has around 38GB free (I've deleted some stuff to make space, although not really needed). I'm trying to sync my local files via Spotify, rather than having a music collection split between Spotify and the Walkman app. I use my music mostly while driving, so it's nice just to press play and leave it going.

The firewall has Spotify execeptions (doesn't work when it's turned off either, only Windows firewall in use (opps!)). If I tick/untick Spotify playlists (like the 'Top 100' thing) at the 'devices' page, then they add/remove themselves from the phone, so the communications are clearly there - it just can't deal with local files.

At first, I thought it was a space issue, but there's only ~20GB of local music, and even a playlist with just one song in refuses to sync. Although the phone can see the playlists, but just not the contents: 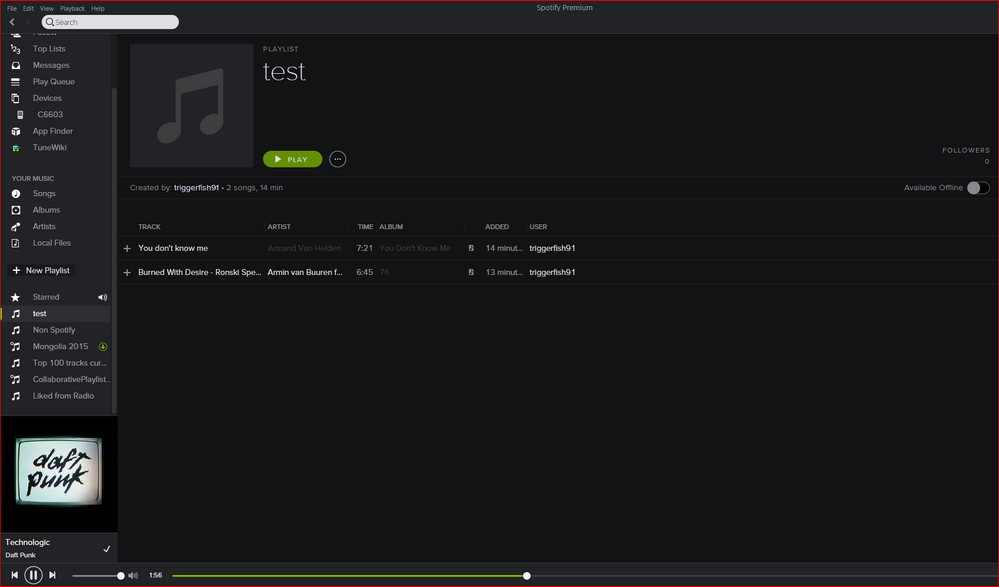 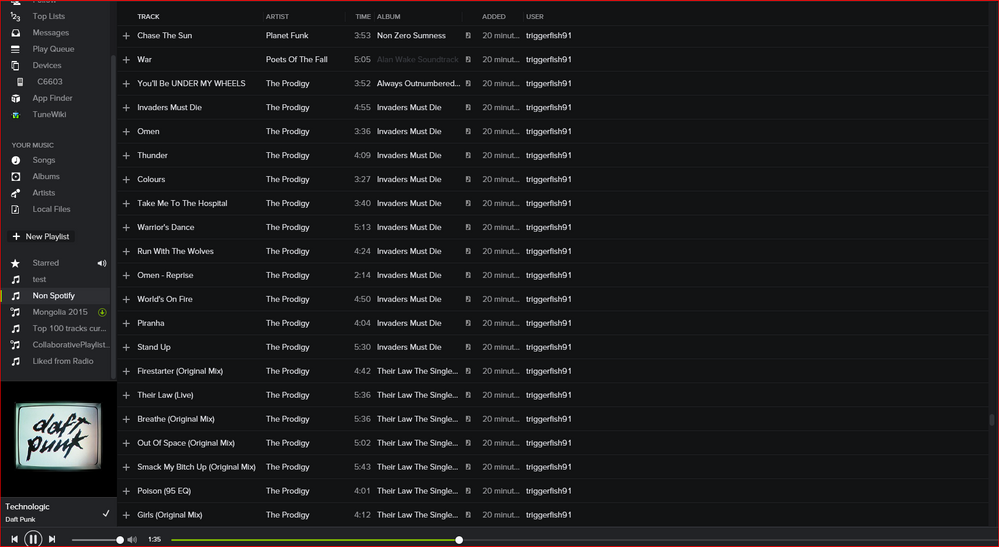 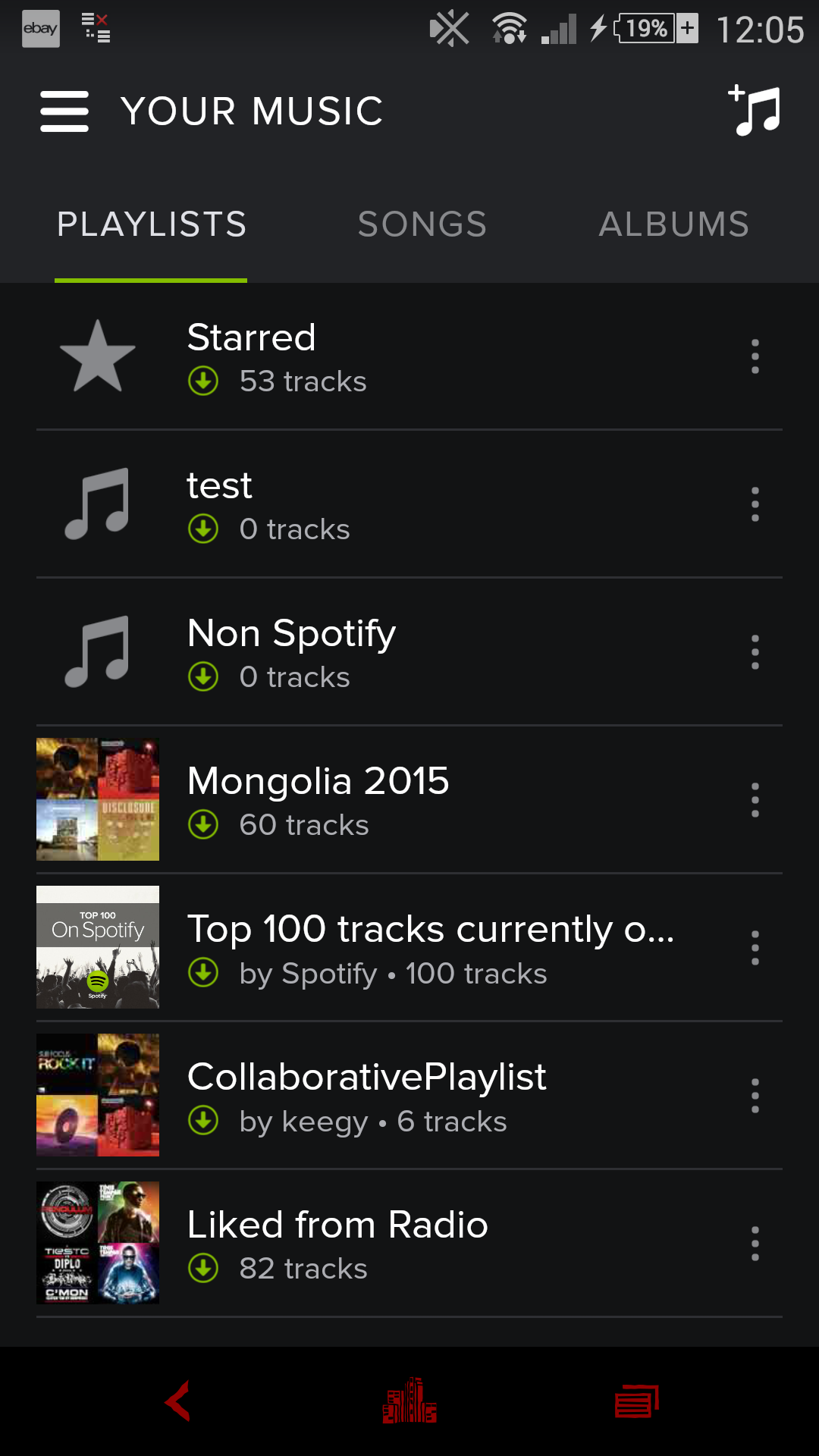 The test playlist has both a linked, and an unlicked file, so it doesn't seem to be an issue with that either. The phone is network pingable too (not that proves much, I know). The 'non-spotify' is a select subset of all local files. Choosing local files just sits at pending.

And here's the sync status in 'devices': 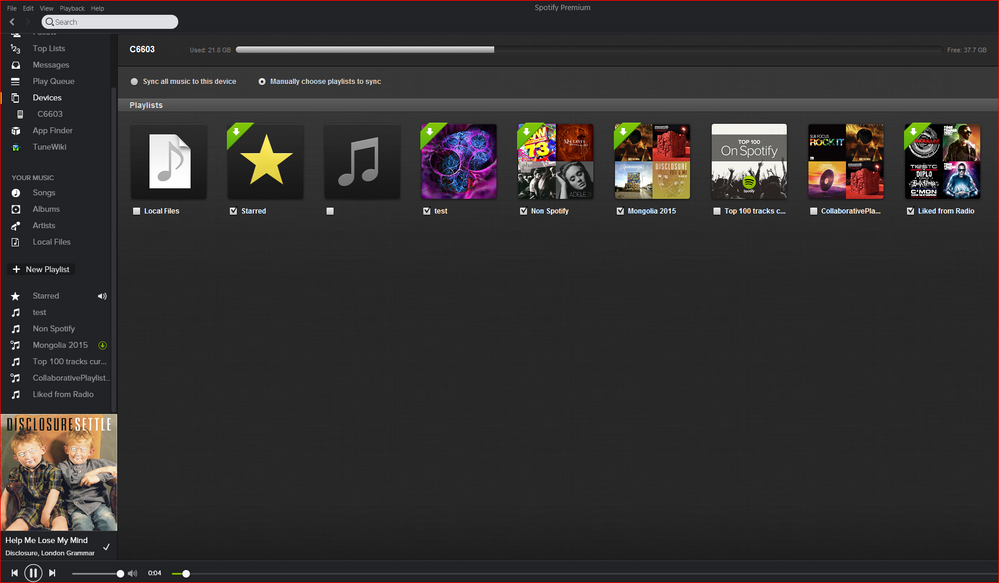 Anyone got any ideas? As everything I've read/tried/seen has got me nowhere.

Playlist names synch through the spotify servers so I'd guess something is still blocking communication. Could you check that there isn't another antivirus or security programme which could be causing this?

I've only got the default Windows 8.1 stuff running + Malwarebytes (as a sysadmin, I perhaps should know better!).

If I tick/untick the 'Local Files' default playlist in ths sync screen, the phone quickly shows/hides the 'downloading music' notification. Nothing appears though.

What puzzles me is the 0 tracks shown against the Test playlist - it should show the correct total and list the tracks within the playlist. What happens if you try disabling both the firewall and Mb temporarily then:

The new playlist should show on your android including the total number of tracks.

Sorry for the (massive) delay in replying.

I'm not sure exactly what happened, but it started syncing all the songs over a few months ago, so all is well now. (Although I didn't realise the local files added to the 3,333 count, so I had to remove most of them again anyway after all that).