So I ask Google Assistant on my phone to play a song and often an incorrect version of a song is pulled from Spotify. This has been going on as long as I can remember.

So one that previously worked fine and did so up until a few days ago is "play Justin Timberlake Mirrors". I try this today and it plays a tribute version from Spotify. See the attached screenshot and you can see Google clearly deciphered what I said correctly. Now if I type the song into Spotify the correct version is obviously the first one in the results but this isn't what always gets returned when Google tries to retrieve.

Another example is play "Kodaline Brand New Day" and it plays an acoustic version again instead of the correct one.

Can someone offer an explanation of what is going on or is there a fix in the works? This kind of thing is ruining the whole integration with smart devices and the supposed ease of use that comes with that. 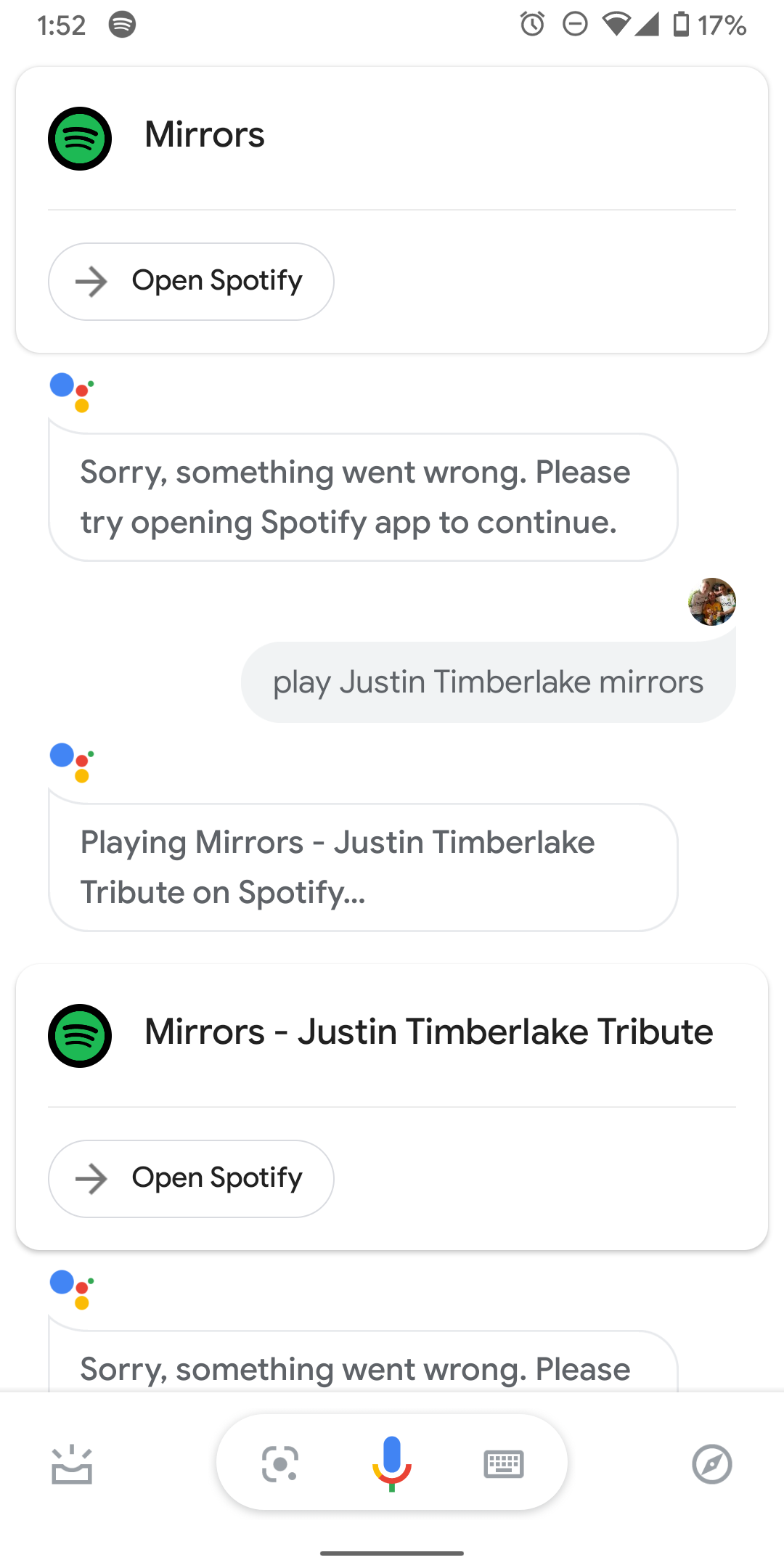 Can I get an answer to this query please?

I see there has been Spotify reps on replying to other threads but not so much as an acknowledgement here which leads me think this is intentionally responding with an incorrect version of a song. Can other users confirm is this is happening to them and can I please get an update?

Funny this particular song is now corrected with Assistant. Maybe someone read this. There is many others. I will suggest another one see will it get picked up.

Proceeds to play an acoustic version of this song rather than the main popular version.

This nonsense integration with Google assistant is still going on. One that worked now broken.

Proceeds to play acoustic version. Used to work. YT Music plays the correct version. This integration is still painful after all this time.

I think it's some advertising deal. Has to be. Because yes I agree Spotify/Google has been doing this FOREVER

probably because theres no money in letting you listen to what you want, its better for them to waste your time and force you to "discover" other music then you know obviously youbuy that music and cha ching money time $$$$$$$$$$
spotify hates music and google hates people so it's a perfect  partnership.