My phone has started using very high quantities of data to play tracks that are already downloaded.

I've done a clean install and the issue still persists.

Mostly I use spotify when driving to and from work. I have always downloaded playlists.

I don't want to have to keep switching "offline" when driving.

I want spotify to use my downloaded tracks and play those, NOT use data to play tracks that I have downloaded.

I ended up using all my data last month - 99% on Spotify.

I bought more data, to get me through the last week and Spotify immediately used all of it. 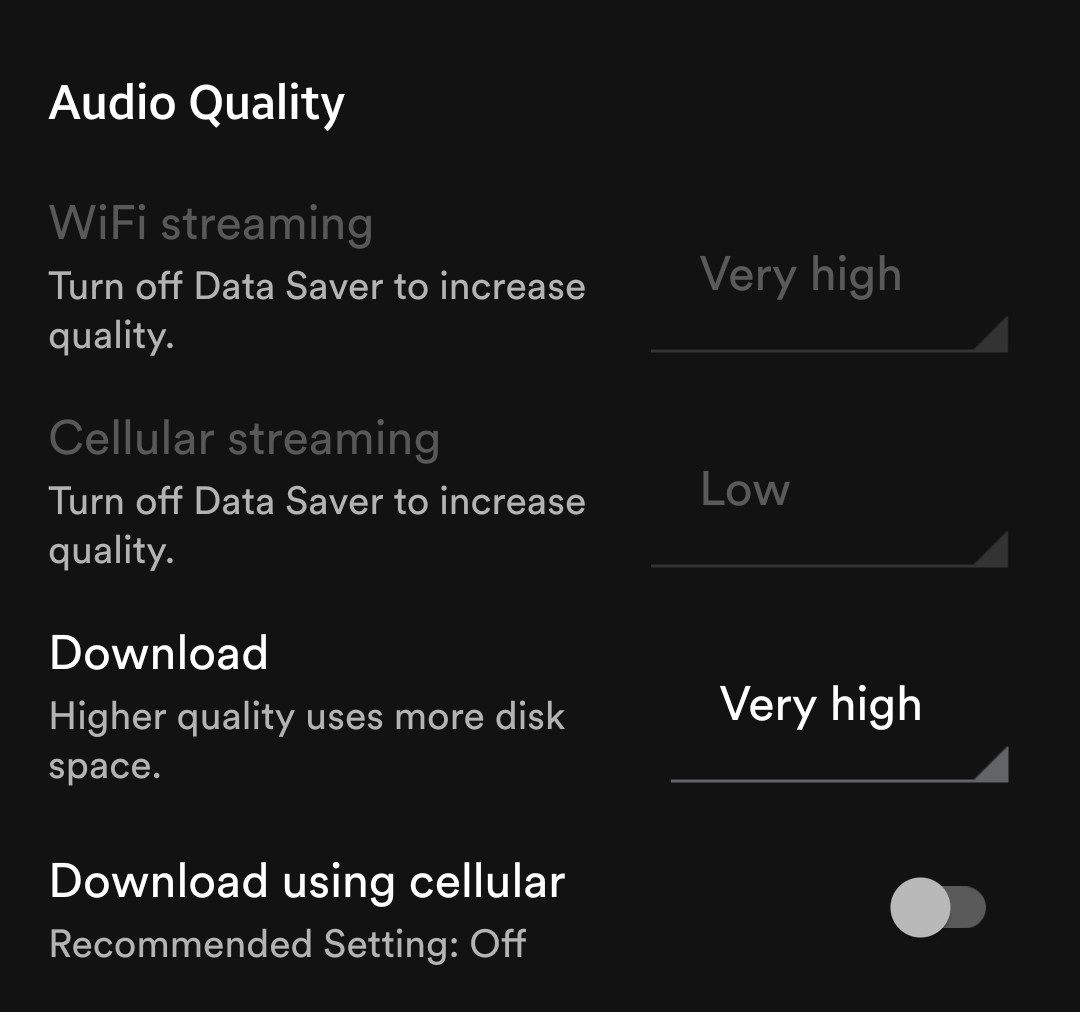 If you're still having issues, could you let us know your device's OS version along with the exact Spotify version you're currently running so we can take a better look?

Data Saver is active (I can only upload 3 images on the original post).

Journey home this evening was 50 minutes and used 212Mb of data to listen to my liked songs playlist which I have previously downloaded. 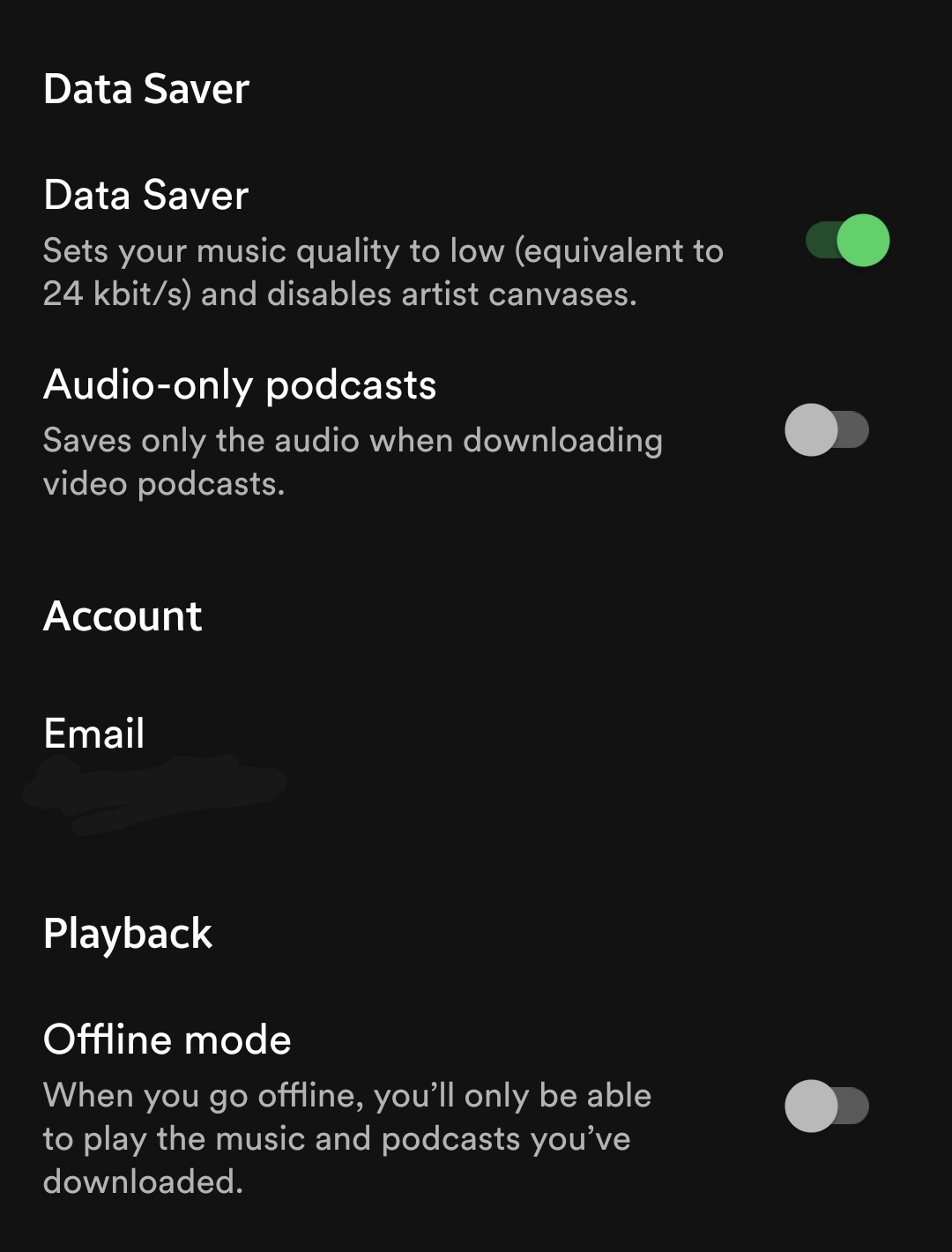 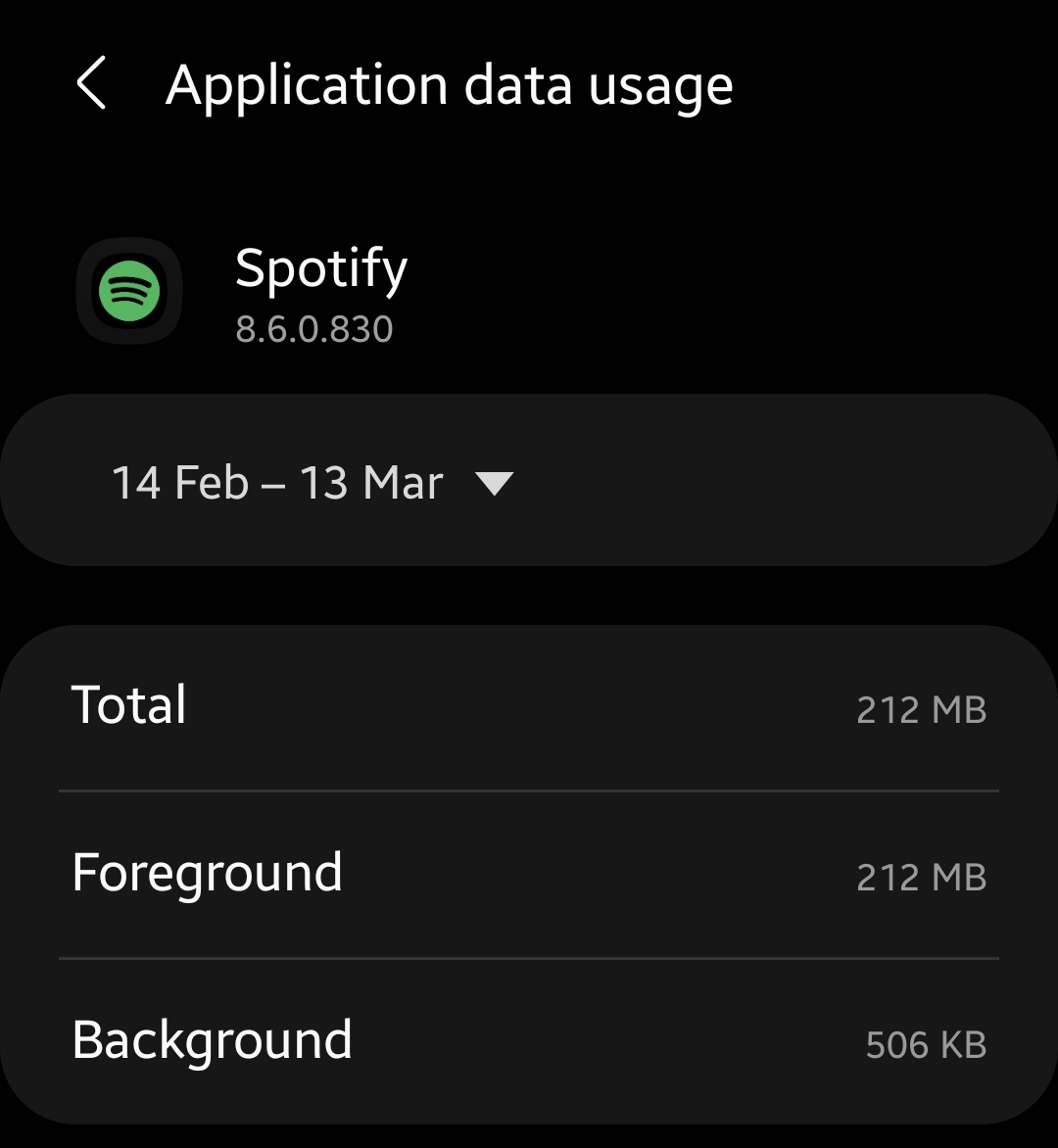 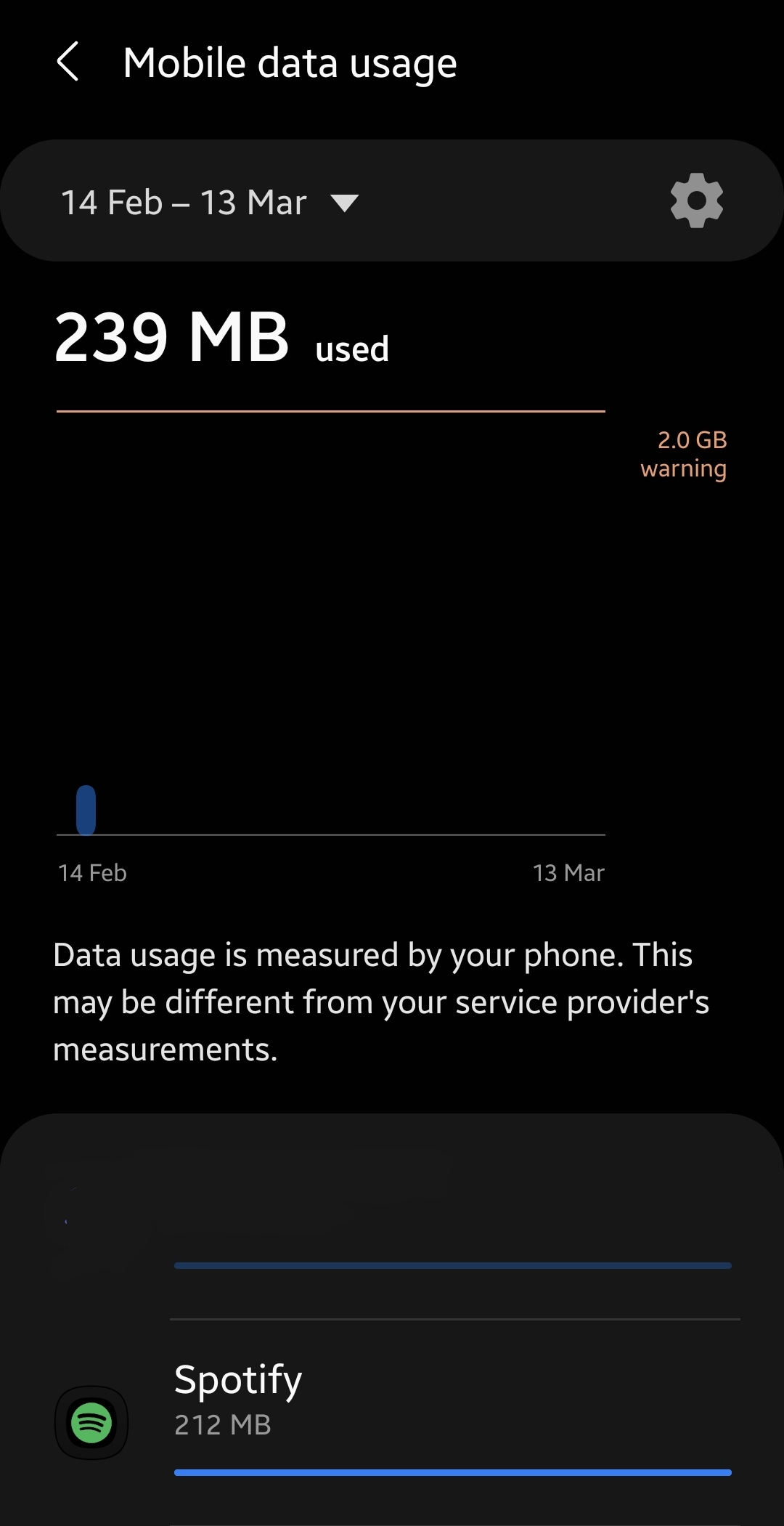 Just to confirm, did you follow these steps to reinstall the app?

If possible, could you ask a friend or a family member to log into their personal account using your device to see if they can replicate this?

Yes. Clean installation as per instructions.

Currently downloading the rest of my playlists again. (Via wifi).

Thanks for keeping in touch.

We're afraid that as long as the app is online, it will connect to the servers and use data even for content that is already downloaded. The only way to avoid using data is enabling the Offline Mode.

Just to clarify, the car mode is available when the Offline Mode is enabled, and it can be activated automatically when connecting your phone to your car so you can safely use Spotify when driving and without consuming data. You just need to head to Settings > Car > Switch to car mode > Only in a car.

We hope this clears things up. If you have any questions, we're always a post away.

Thanks Carlos, but that doesn't clear anything up!

In one 50min journey spotify used over 200mb of data to playback music that was previously downloaded.

HOW IS THIS ACCEPTABLE?

I uninstalled spotify, and re-installed an older copy of the software (released in December 2020) then downloaded all the music (Again).

On the same journey (listening to previously downloaded tracks) the OLD & OUTDATED version of Spotify used 8mb of data!

Anyway, this setup was stable for all of 3days, until Spotify Automatically updated itself.

DESPITE AUTOUPDATES BEING DISABLED FOR SPOTIFY - it did it anyway.

I realised it had updated after my drive home.

DURING WHICH IT USED 900MB OF DATA.

Again this is to listen to music that is already downloaded.

If I have to use almost a Gb of data per journey I will need around... 40Gb of data a month.

TO LISTEN TO MUSIC THAT HAS ALREADY BEEN DOWNLOADED.

The data plan alone would cost more than Spotify Premium!

HOW IS THIS NOT RECOGNISED AS A PROBLEM???

HOW IS SPOTIFY STILL AUTO UPDATING WHEN IT HAS BEEN DISABLED FROM DOING SO?

Thank you for your posts in this thread.

In this case we suggest that you head over to this thread and follow the steps that @Kate provided in the solution post.

Let us know how everything goes after that so that we can continue to assist you if you need us to. We're always one reply away.

Thanks Jeremy, but the problem is not high data usage for streaming.

This problem is High data usage for DOWNLOADED Playback.

The app always tries to play the most up-to-date version of a song on our servers. That's why when you playback music with an active internet connection, the app will start streaming the content over the network.

In this case to avoid this you can turn on the offline mode with these steps.

Hope this helps. We'll be right here if you have any questions.