I can hear Ipod music but not Spotify

I can hear Ipod music but not Spotify

Sorry; can you explain how you are connecting the tablet to your receiver? You say you can hear OK without connection and OK through headphones.... that only leaves the USB port, which you will not be able to stream from.

The attached photo shows my configuration.  On the Samsung, the power recepticle works fine on a multitude of differnt power sources.  That is not the issue.  The other cord, the sound jack(?) does not allow sound to be amplified thru the receiver.  I don't know if a setting has been changed in the Samsung or if the recepticle in the Samsung is not working.  The baffling part, is I can plug an ear phone into the Samsumg and hear music through the Samsung.  I can also take the same audio jack and plug it into an Ipod and the receiver can detect the music from the Ipod-which makes me believe it is a setting in the Samsung. 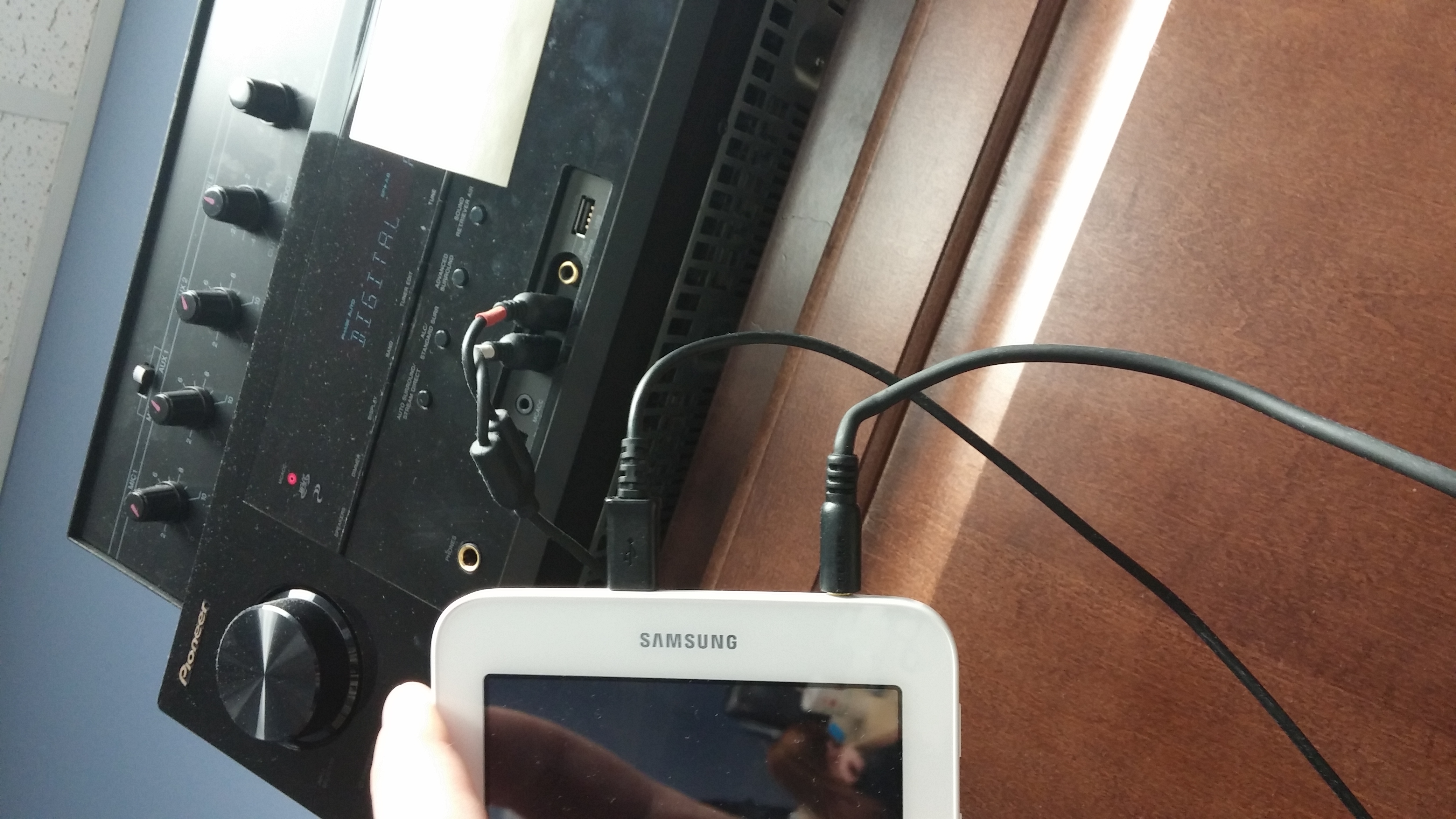 I see.. it is odd, do you know anyone else with an amp or aux input speaker you could try your samsung in?