#MusicMonday is the hashtag I've been using for quite a while to share music recommendations from up-and-coming artists. Always fresh, and always different, trying to look for trends before they become one. You can check November's review for more music.

That's it. The end of the year. This month's music sums up what this blog is all about: eclectic genres, multiple themes, lots of locations, and different languages, with quality all over. Let's have a listen, with a word from the artists themselves. 🎧 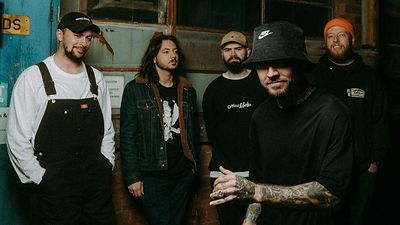 The world feels like a restless place
We’re digging graves just to save our own space
We’re too deep, we lose feet
Now we’re sinking underwater
We’ll be gone for weeks
I’m so scared because I know I’m going down
So I’ll lift my head up and take a breath to drown

No better way to start the last month of the year than to listen to a hard hitting, arena shaking, Hardcore track from Birmingham, UK. Take it until you’re satisfied:

"I loved the idea of having a track that felt like it was made to be played in an arena setting, a big crowd pleaser. Equally the idea of removing the face of yourself that you feel holds you back went hand in hand to the idea of the song. Don’t be afraid to start again and go bigger. A big song required a big meaning." 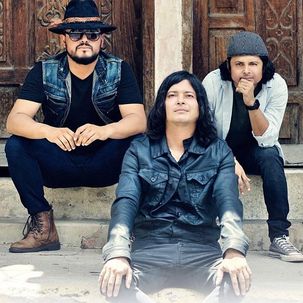 Sinaloa, Mexico, is the place where this band finds the inspiration to bring us some Melodic Pop that drags you, as if it were a hurricane:

"Hurricane was born from the moment you realize that a relationship will no longer be able to move forward, that between one thing and another both are lost and forget why you are together. Although it is not a sad song, we did want to impregnate a melancholic touch on it."

Feral Family – Save It For The Day 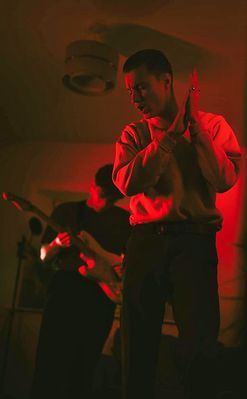 If it's danger up ahead

What you think you'll find

Nothing I wanna try

We move to Yorkshire, in the UK, for an Alt. Post-Punk bass heavy, dark, sonically raw, in-your-face track. Don't let it hold you back:

"It took a while for it to fully form, I made it in a complete different way to how I approach making music.

Once the bass line was set in the track, then it was just a case of having to fit the right pieces were needed to form the tune.

There was quite a few different versions of this song before we were happy with where the song was going." 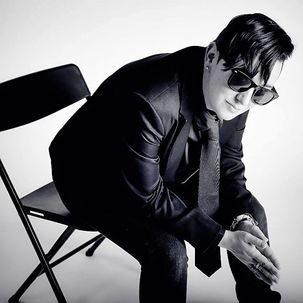 For our last track of the year, let's move to Medellín, Colombia for a song about a place where souls can come together, and may always stay there:

"It's a very funny story because I organized a writing session with Niel (the other co-writer) and we decided to use this really old practice room at the University where I teach.

We were looking for a topic for the song, a story to tell, but we were stuck going over the same old boring ideas; we were looking for something fresh; and suddenly he told me as a joke: "let's make a song about this practice room" and he started laughing but this phrase opened a door in my mind and I told him: "you know? That's not a bad idea. We can compare this room to somebody's heart that used to be abandoned and boring but suddenly somebody arrived and changed it all around"

That's how we used that old room as a metaphor for love.

After having this topic in mind, I think that the song just started happening while being influenced by feelings and emotions that we both have experienced along the way."

What a way to finish the year! We say goodbye to 2021 with this year's compilation. 103 titles from original artists covering plenty of different genres, all representing the multiple trends independent artists are proud to establish. Have a listen:

Preview 2022 and much more on the complete Playlist