#MusicMonday is the hashtag I've been using for quite a while to share music recommendations from up-and-coming artists. Always fresh, and always different, trying to look for trends before they become one. You can check February's review for more music.

It's Throwback March! If you're into the 90's, 2000's, or even the 2010's, you'll feel right at home with this month's genres, and themes, updated for our present times. Let's have a listen, with a word from the artists themselves. 🎧 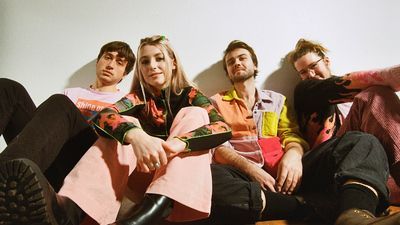 Maybe I wasn’t made for the real world

From Reading, UK we begin with a Pop song that takes us straight to the 90's Alt sound, complete with a don’t know what I am dichotomy:

"The song wasn't really inspired by a particular moment. I just wanted to celebrate all aspects of my personality, even the ones that conflict and contradict one another in an anthemic song. It's about accepting yourself and embracing that acceptance!" 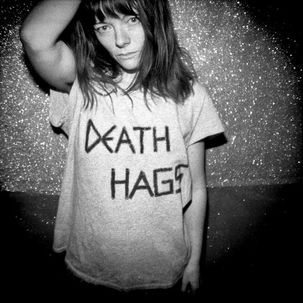 Count to seven
Roll your love around

How does it feel now

Caught in a spiral
When you do love
An ideal

From New York, NY, a kaleidoscopic Noise Pop track that can take you where the surreal and dreams collide in a very Lynchian way:

"The track is inspired mostly by the times we live in and the spiral as symbol. Spirals are everywhere in nature, on earth and in space. They have been used as a powerful symbol since the dawn of man. The spiral we are currently on is leading us to a new stage of evolution that we can't even imagine yet and I find that very inspiring. This track is part of my album series Big Grey Sun, which uses a picture of a snail shell/spiral as cover." 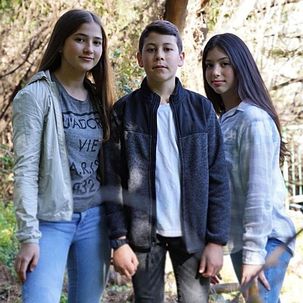 Next up, we go to Nazareth, IL, for a Pop song that invites us to take risks, and go for anything you may want in life, as band member Naama tells us:

"Well the track was inspired by me when I was younger. I thought about how I was scared to do things that today I’m not afraid to do. For example standing in front of a crowd. Today when I think about the song it helps me get over the fear, get over the frightening thought that I would freeze in front of a crowd full of people, and instead stand up for myself.😀"

WE THE WOLF – ADORABLE 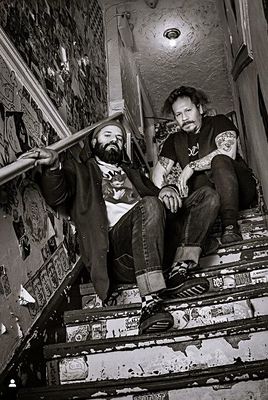 I believe in something
Over nothing
And I refuse to lose control
All around is silence
And I’m screaming
Can you hear me?

We move to Toronto, Canada, for a song that questions about love, compassion, security, influence, and solitude, all bundled in a complete Alternative Rock package:

"ADORABLE really came out of nowhere. Ruby and I were working on another track for the album that we both were loving. We got a bit side tracked and…. we wrote and recorded this song in the studio in the middle of recording the vocals on the other song. It’s funny, we thought we had our debut single already chosen and ready to go. Guess that happens sometimes.

The past two years have been really tough on everyone everywhere. I think it just really highlighted things that all of us simply took and are taking for granted. Really such crucial things. All of our time on earth is worth so much but we generally don’t treat it that way. We can’t even allow ourselves to be honest with ourselves. That needs to change… I think it does anyway.

Everyone deserves to be true to the way we feel inside. We all deserve to be whoever we are. Then maybe we can stop judging and fighting each other over nothing and focus on the real important things that need to change in the world. So the songs about that in the end. It’s about change. It’s about culture. It’s about love and loss. It’s about gain and happiness. It’s about sadness and fear. It’s about truth. It’s about passion. It’s about acceptance and courage. It’s a song about life." 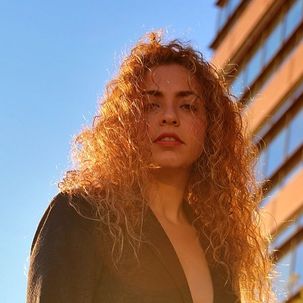 Finally, from Barquisimeto, Venezuela, a Latin ballad in the most classic sense: asking for forgiveness, and declaring your love wide open:

"When you take even a few moments to listen to your heart then you realize how bad are we going in the world. The Covid and human made natural disasters, helped me to take the time to listen to myself, realize to many mistakes, so many loved people we lost and we never had the time to ask them for a hug and also realized that we can hurt ourselves thinking something is good to us, when it is terrible damaging our soul. That’s how Perdoname came through."

I’m amazed by how you maintain your performance while taking on even more work. You’re a superstar!

You can check it out here. 🙂