Spotify Star Jam over the years

Spotify Star Jam over the years

This year's Spotify Star Jam, (the first ever virtual!) is coming to an end, and without a doubt, we'll all miss it. But did you know that the Jam has been an annual event that happens in person at Spotify headquarters and that we already had six editions of it? No? Then, continue reading because I have a retrospective here.

First of all, the Spotify Star Program kicked off at the end of 2013. Since this date, we have had truly awesome events and activities, but the Jam is our golden apple (or disc 🎶). The truth is that the Star Jam is nothing less than the major annual event where Stars come together and share their love for Spotify and the Community. So, with no further ado, let's travel back in time...

Oh - I almost forgot to share our amazing playlist, but there is still time to put on your headphones and read this blog listening to it. You will enjoy it, I promise 🤞 So, let's go!

Stockholm is the home (it's like Stockhome - ok, ok sorry for this pun 😄) of Spotify, and here is where Daniel Ek and Martin Lorentzon kicked off what would be the biggest and best music streaming company in the world. Back in 2014, seven Stars were part of the Jam and had the chance to visit Spotify headquarters in the birthplace of Spotify and discuss music and Spotify (of course) with the team.

One of the 2014 Stars, @Peter__ has highlighted the event as an amazing opportunity to see "the majority of the team together in one place". No doubt it really was...

In 2015, nine Stars, from seven different countries had the opportunity to meet Spotify folks at Spotify headquarters and also take a tour of Stockholm. Stars had a conversation with the Spotify CEO Daniel Ek and the CTO Oskar Stål, besides the teams of Customer Support, iOS, User Research, and more...

@Marco (the hero of Ideas Board) has described the event and the opportunity to talk to the Spotify team as an "amazing experience".

@MattSuda (one of the earliest Stars) said that "We chat online, but connecting in the same room is what makes the Jam awesome. The vibe in the office was amazing and I had a smile on my face the whole time."

In 2016 our third Star Jam has taken place . This time, nothing less than ten Stars participated. They came from six different countries (USA, Greece, Bulgaria, Germany, Spain, and The Netherlands). This year, interestingly, was the first Jam that @Katerina, one of the current Mods (but a Star in '16. Yep, she was already a Star), joined. And on her words, the Jam was "a great way to get an insight into the company, how the app works and most of the faces behind the community." Stars had the chance to visit the headquarters in Stockholm and talk to some of the Spotify teams.

Back in 2017, the fourth Star Jam was as amazing as other editions. This time, nine Stars traveled to Stockholm and visited Spotify HQ and they were also able to participate in Spotify Karaoke, DJ lessons, a Swedish cooking course, and attended a Rival Sons concert at Gröna Lund.

@Bittencourt, from Brazil, has described the knowledge Stars exchanged as "something unique". 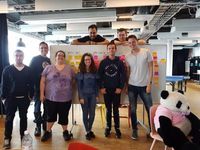 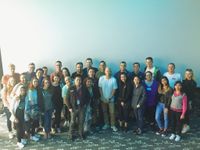 2018 give place for the fifth edition of the Jam and this time, ten Stars flew to Stockholm to meet Spotify HQ and talk to some of Spotify Staff. Also, they had a Q&A session with Martin Lorentzon, co-founder of Spotify, and hanged around the city (that is beautiful, by the way). @Soundofus described this edition as full of amazing moments. "There was a perfect balance between the fun times, and the educational 'down to business' times! Unfortunately, it always goes by way too fast." 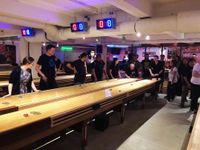 The sixth edition of the Jam came with a new place. In 2019, five Stars flew to the city that never sleeps, and had the exciting opportunity to meet the new Spotify HQ in New York. It was the first time the Jam was hosted in a city other than Stockholm. Stars took a tour of the new offices, met with different Spotify Staff, and also took a walking tour of Manhattan and tasted some great food in local restaurants. They also tried their hand at bowling and listened to local bands. Simply amazing! 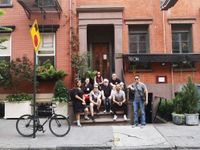 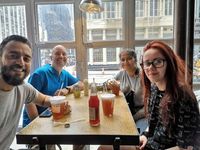 In 2020, due to the Covid-19 pandemic, the Jam couldn't happen for obvious reasons, but this year, for the first time ever, the Star Jam came to our screens and it's being amazing so far. The Virtual Star Jam is an event handled by the Community Managers, Mods, some other awesome people like @EmmaBe and us, Stars. This time, we are having different calls for a whole week talking with Spotify Staff, meeting each other, and playing some amazing games virtually.

The Star Program is simply a great way to make new friends and get together with people from every corner of the world that share the same love for Spotify. While the Jam is being hosted virtually, hopefully, better days will come and in-person Jams will be back. They give us the opportunity to meet each other and enjoy incredible experiences together.

If you are not a Star yet, join the Spotify Star Program now and make part of our band. Wherever you are, welcome aboard! 💚

Thanks to all Moderators, Managers, Spotify Staff, and contributors for hosting and supporting the Jam and the Spotify Star Program. You all are super awesome!

Also, thanks to all Stars who help a lot in the community and especially to those who were engaged on this 2021 Jam directly or indirectly. We all make an amazing job together, every day!