I've been using the Spotify Linux Preview build for the last few months, and have had a lot of success with it. It performs great, and the DBus and MPRIS2 integration is just fantastic. I have run into a bug with the MPRIS2 integration, though. It's relatively minor, but I run into it multiple times per day at work.

To reproduce, do the following:

I've noticed that something similar happens when Spotify has stored song progress from the last time it ran and play is pressed. It looks like the problem is that Spotify does not indicate its starting point in the MPRIS2 data when it begins playing, instead just indicating progress. There is an attached screenshot showing the disconnect. I see this on two different machines, both running different versions of GNOME 3. 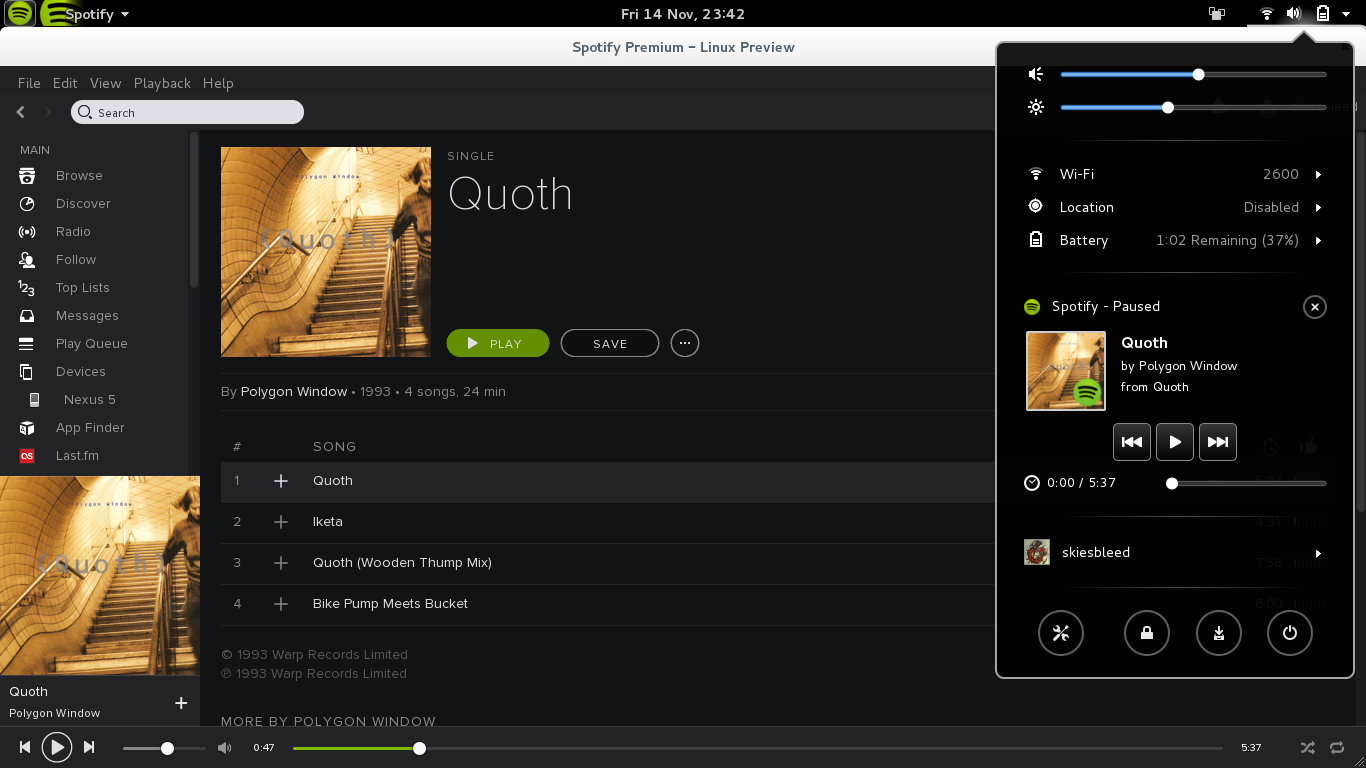