trentonx
Newbie
I've had this happen a couple of times now and I don't know what else to do to try and fix it. Basically, when I try and play a newer release, for example, Logic's new album Confessions of a Dangerous Mind, the songs just don't play. The album cover is displayed in the bottom left corner like the song is playing, but nothing else happens. I've tried every song in the album and none are working. I've done a clean re-install of Spotify twice, but the problem persists. What's weird about it is I don't have any issues playing the song off of my phone, it only occurs on my PC. I've attached an image of what my screen looks like when I run into this issue. Please help! 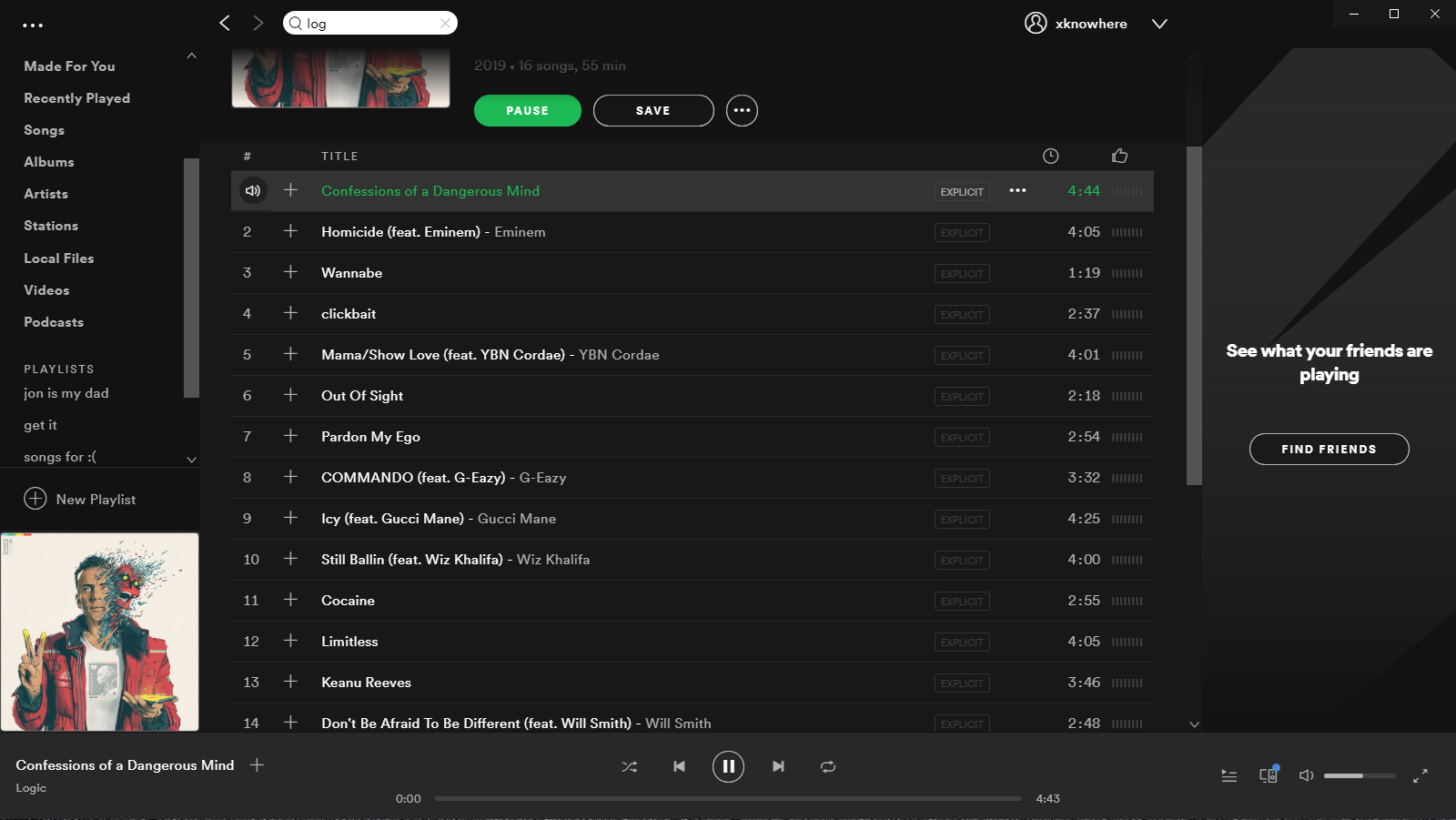 As this only happens on your PC, i suggest you check the your system is fully updated before taking and other actions.

Let me know how it goes 😃