The shuffle function is broken for my playlist

The shuffle function is broken for my playlist

As most of you might know, Post Malone just dropped a new album B&B. I love Stoney (his previous album) and B&B, so I decided to make a playlist with all the songs from B&B and Stoney so that I could listen to all of Post's stuff. Making the playlist took 2 seconds, but playing the playlist on shuffle is where stuff get's weird. If I play the playlist on shuffle, it will put all the songs from Stoney to play first then all the songs from B&B. So I'm basically doing a full playthrough of Stoney first then listening to B&B. Which makes no sense, seeing that I am turning on shuffle. The only explanation I can see from this is that I have been listening to B&B a lot, and maybe Spotify's shuffle algorithm is pushing me to listen to stuff I don't listen to a lot? But I don't understand why Spotify would do this, considering the only reason I made the playlist is so that I can get a mix of the two albums. I will provide screenshots attached to this post as an example of what I am talking about. With the screenshots I will provide, there is a song or two difference. But I have had an instance where I did shuffle play of the playlist and it first queued all the songs from Stoney then all the songs from B&B perfectly. 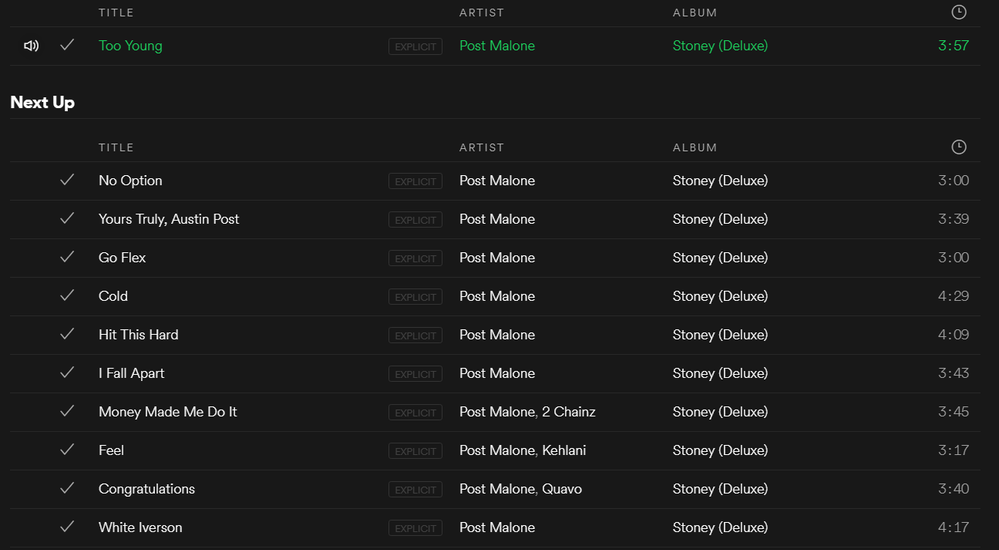 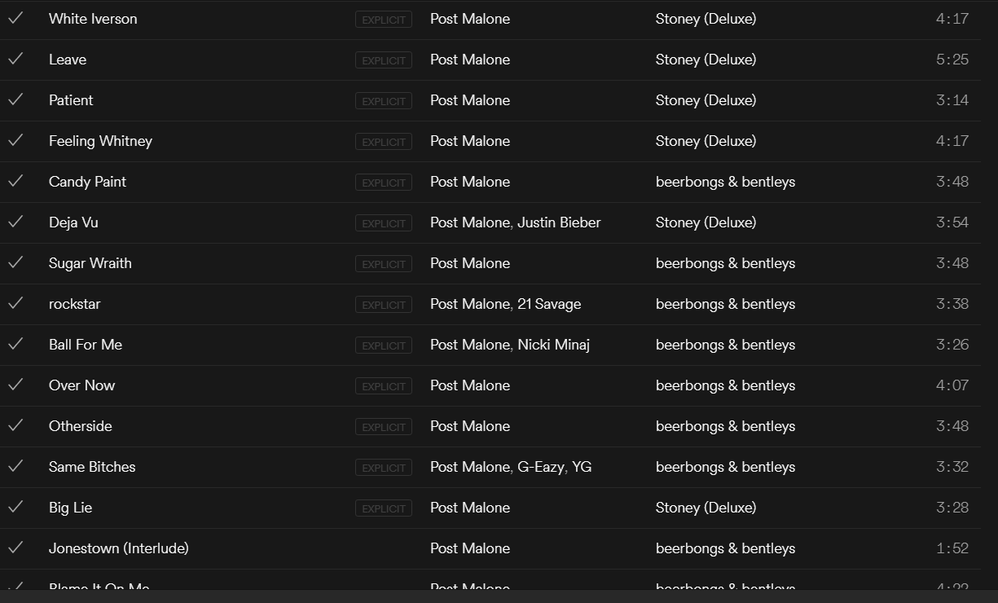 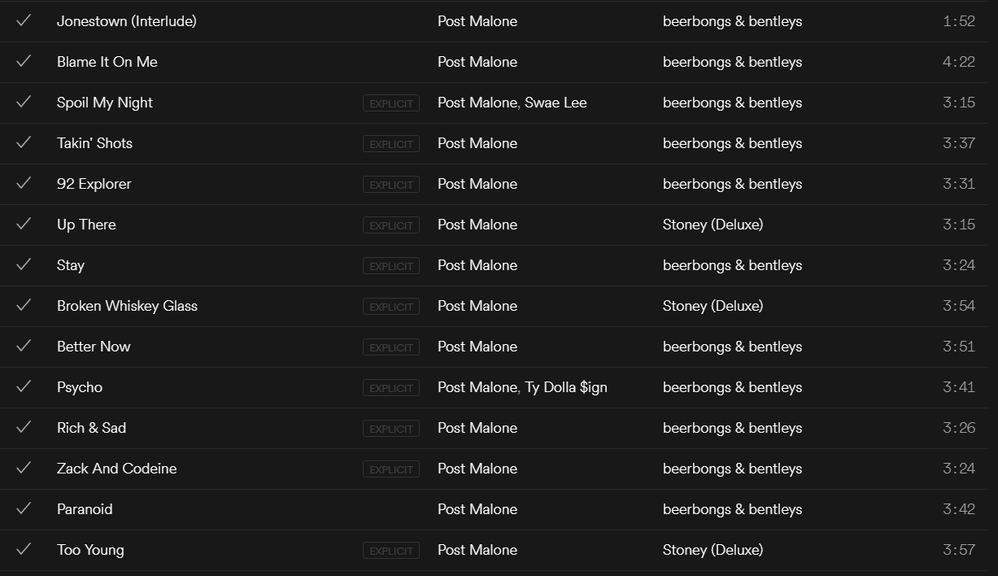