Today I wanted to play a playlist. As soon as I clicked on the play button, the whole page became black.

Now whenever I open spotify, it forwards me to open.spotify.com/browse/featured, displays the web player for less than half a second and then the web player crashes.

I contacted Spotify support on Twitter today. It was obvious that the person I was talking to was following a script. Almost all error details I gave them including the info from this thread was ignored.

Only through some Javascript debugging out of frustration I found the source of the problem.

The only solution I've found so far is to open the Spotify app and play any song. That will set the last song played variable correctly and you'll be able to use the web player again.

Edit: Another person also found the solution of quickly playing any song or playlist before the web player crashes.

I hope that the Twitter support person doesn't ignore all the technical details I gave them and will forward it to developers. So far no bug report was opened at https://community.spotify.com/t5/Ongoing-Issues/idb-p/ongoing_issues. 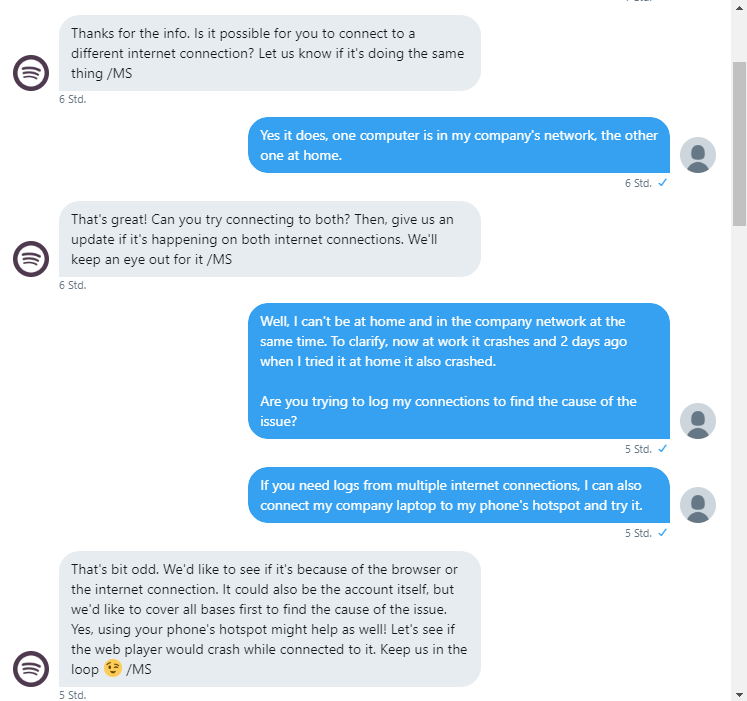 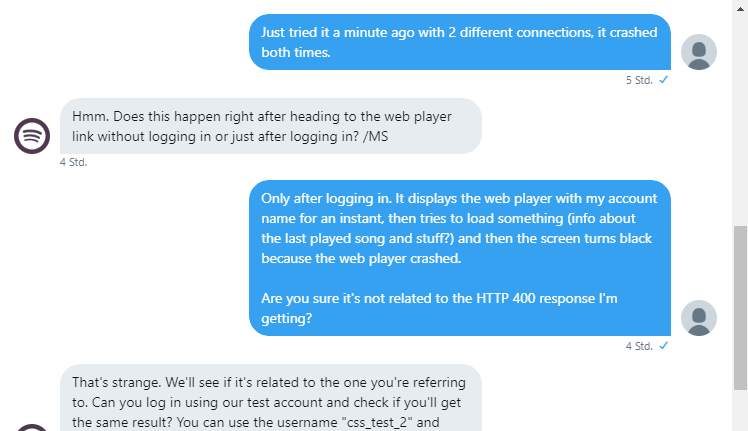 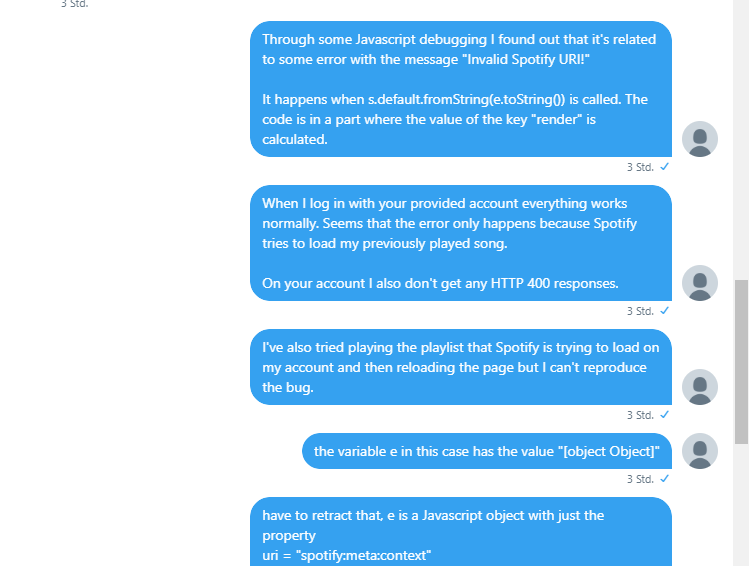 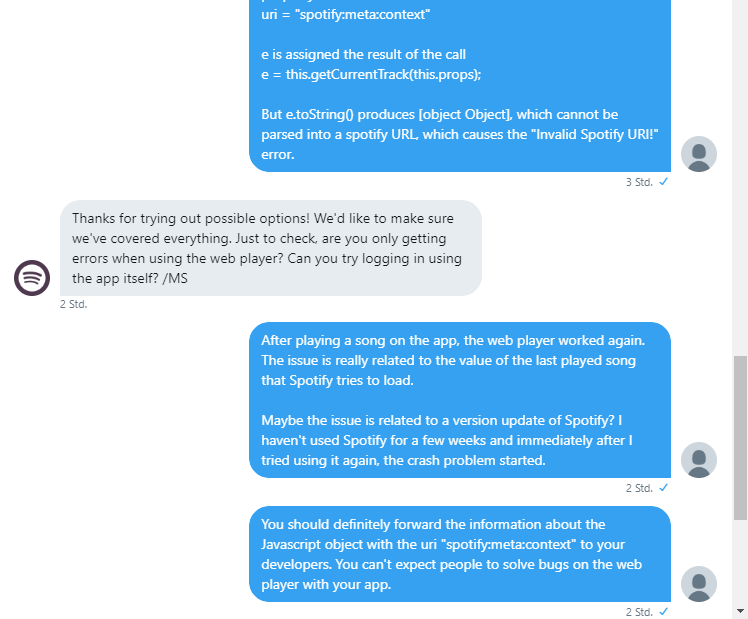 Another quick fix to that issue (Spotify web player crashing because wrongly loading last played song) would be to try and load any song from its html link, found on the web. Worked for me, thank you Madonna 😜

Yes, same for me using 3 different browsers. I guess it is a general issue

the same for me.

black screen in chrome and firefox.

It fails in different computers

I am having this problem today as well.

Same here. It appears that it happens because https://api.spotify.com/v1/episodes/meta is returning a "400 Bad Request".

The JSON payload of the response is

Are we soft banned?

A just reopen my browser now and it's back! Try it again now!

Yep, it's back up and running. Nice two to three-day outage we had there!