Recently I've been having an issue while using the web player on my Chromebook where albums saved in my library are unable to load.

All other listed things like Playlists, Your Daily Mix, Songs etc. load without issue but with albums nothing appears, no covers to then go into them and start playing the songs within it.  A message drop down appears from the top of the screen, I've taken a screenshot of this which is attached.

I've clicked reload that's found at the end of the message but this doesn't solve the issue. I've also cleared all site data, cache within my browsers but nothing seems to solve this. I've recently updated to the latest version of Google Chrome but as the other parts of the Web Player work fine I wouldn't imagine this would be part of the issue?

Can anyone help at all? 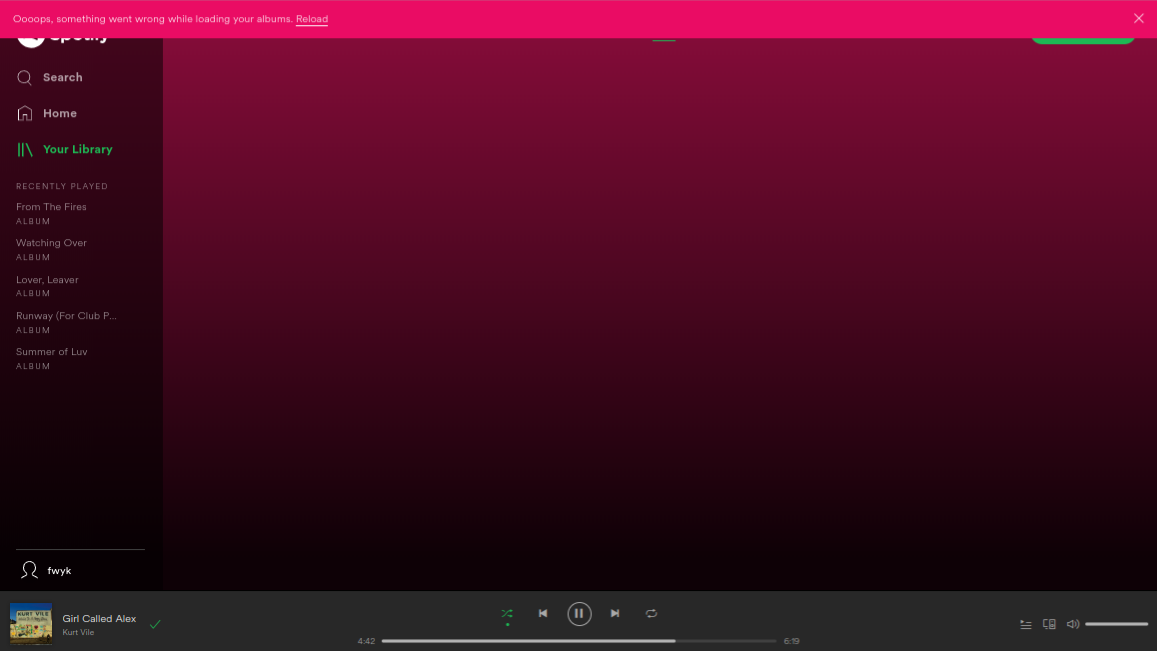 Can you try opening the Web Player in an incognito window and see if the same thing happens?

Also try shutting off your device completely and restart it again, and try with a different network.

If that doesn't work, can you tell us what version you have on the browser?

Apologies for the delayed response on this!

I've tried all the tips in your message but still appear to be having the issue.