When my daily mixes are shown under recently played, they do not appear under the "made for you" section.

They used to appear under that section until a couple months ago, I would like them to still show up there as the made for you section shows which bands are in the mix and it's much easier to make a quick decision of what I want to listen to.

I had a conversation with support about this earlier today, and they found that it works properly on desktop but replicated my issue on mobile. I'm posting here as well to see if anyone else has this issue and to get more attention on it so it can be fixed. 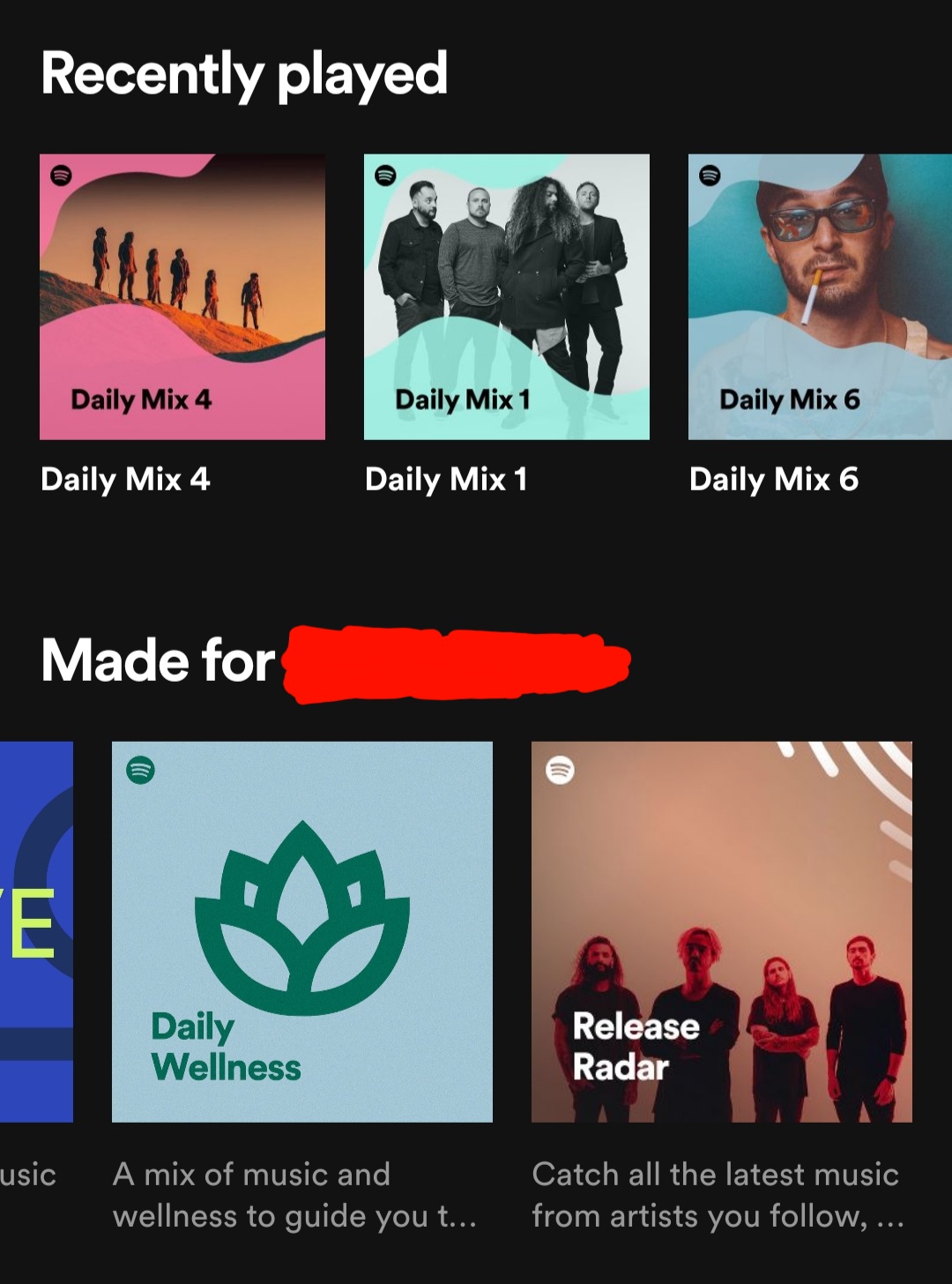 Thanks for searching for the answer you need here.

The reason for this is that we're constantly running tests in order to provide you with the best music experience possible. So it's possible that you might see something on the app your friend doesn’t, or get a brand-new feature for only a temporary period. Click here to learn more about Spotify tests.

A possible workaround would be to create a new account and see if the Daily Mixes appear both in Recently played and Made for you there. If that's the case you can use the steps here to transfer your music collection.

Hope this shines a bit of light on the matter. We'll be here if you have any other questions.