The problem is, a year ago I added some Local Files to one of my Playlists on my Macbook Pro. I then 'Downloaded' aka made Available Offline over the same WIFI connection to import the Local Files into the playlist on my iPhone. This worked fine.

Recently I have since deleted these Local Files from said Playlist, added new higher quality versions of the same songs, plus some additional New Local Files to the playlist, all songs have Album Artwork in iTunes.

On the Macbook Pro (OS Sierra 10.12.2) the replaced/additional Local Files all play fine in Spotify, Old Local Files have been deleted also, however the Album Artwork is not loading when song is playing. Furthermore, on the iPhone 7 Plus (iOS 10.2) the Old Local Files are still showing in their original place in the playlist (only blacked out as you obvs can't play them - even though 'Hide Unplayable Songs' is checked in iPhone Spotify settings)

On the iPhone I have 'Downloaded' the Playlist and the new songs have imported, except for 1 or 2, and it constantly sits on 'Waiting to download', presumably as it's still trying to find the Old Local Files which no longer exist on the Macbook Hard Drive. It's confusing as to why the iPhone playlist wouldn't just mirror the MacBook playlist. Again, Album Artwork does not load when playing New Local Files on the iPhone.

I have deleted the Cache, and tried a completed re-install on the MacBook including using an AppCleaner app to delete hidden files. The re-install seem to work for clearing the files on the MacBook playlist, however when you go to Download the playlist it just sits on 'Waiting' though on WIFI.. And yeah, the Album Art also doesn't load.. Also if I search 'com.spotify.Client' on 'This Mac' the cache file doesn't appear to exist, not sure if this has something to do with it?

I have also deleted all Devices in Spotify Account settings.

Since doing this, I have also replaced my iPhone, and restored my brand new phone, including downloading the Spotify app. Yet the Old Local Files remain in their old positions of the iPhone playlist. Could it be something trapped in iTunes backup of iPhone?

I really don't know what more to do, but I would love to have those old files cleared on the iPhone, for the playlist to completely Download on both Devices, and for all album artwork to show when playing.

Any leads would be greatly appreciated. 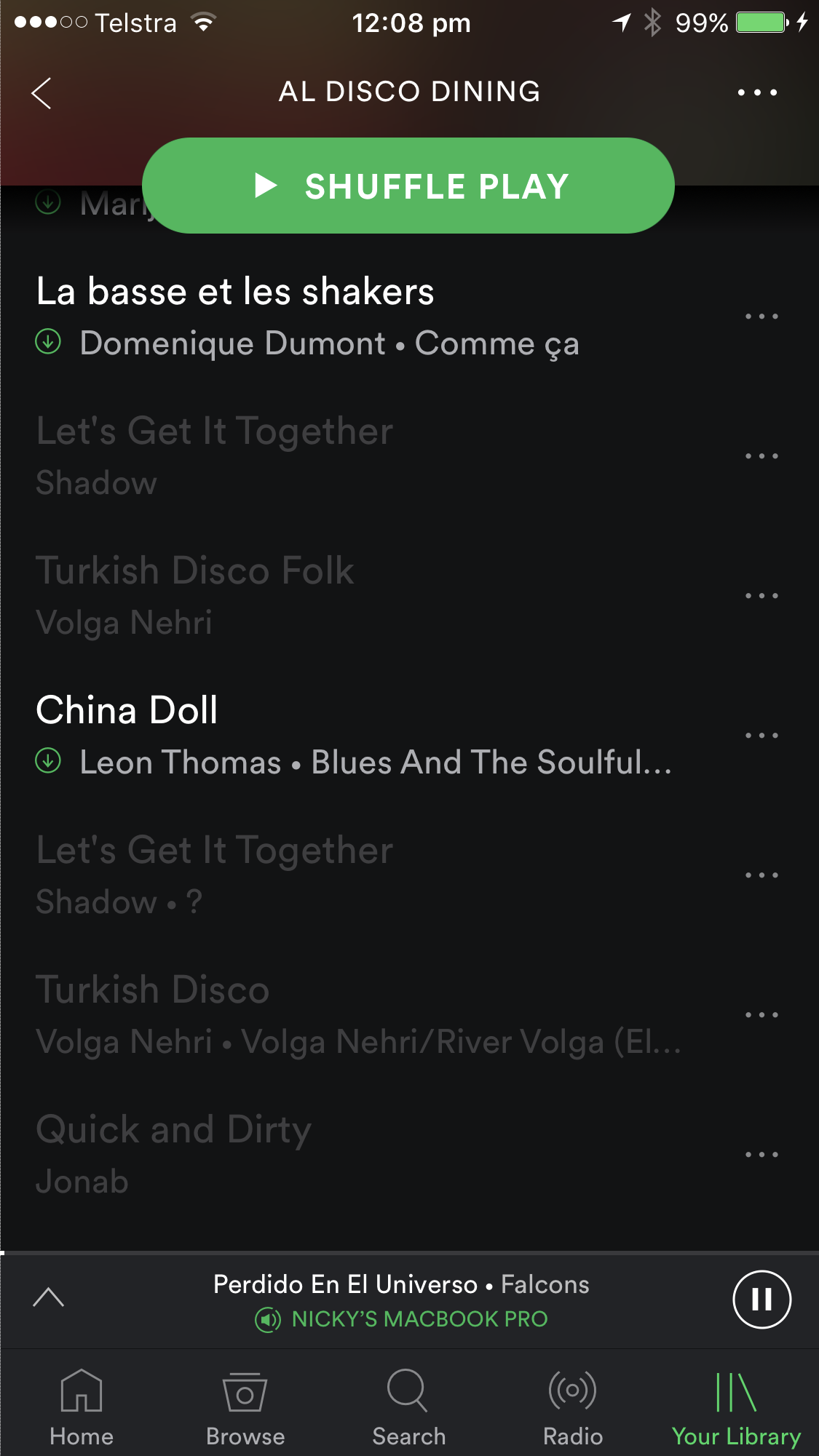 to make it short: the problem with the Album Artwork is nothing unusual. Spotify only shows the Artwork, if it's already existing in Spotify's register.

About the "greyed" Songs ... have you tried to manually delete the songs from the playlist on your iPhone?

The quest for good music is a quest everyone should accomplish.

to make it short: the problem with the Album Artwork is nothing unusual. Spotify only shows the Artwork, if it's already existing in Spotify's register.

About the "greyed" Songs ... have you tried to manually delete the songs from the playlist on your iPhone?

The quest for good music is a quest everyone should accomplish.
Reply
0 Likes

I was actually unaware you could edit playlists on the iPhone, I thought it all had to go through the Macbook playlist. So that cleared the old non-existent local files and solved that issue, thanks.

However, I still have the issue of not all of the local files syncing to iPhone. Two songs just won't sync even though show as 'Downloaded' and play fine on the MacBook. I've tried re-Downloading the playlist so many times. Also re-adding the local songs to the Macbook playlist. Still the songs don't play on the phone.

RE album artwork, I have local files in different playlists where the Album Artwork loads fine (even though the songs, artists aren't on Spotify) So I still feel this issue needs to be resolved.

Okay, good that I was able to help you 🙂 I also know this issue of not downloading all local files and here's how I solved it:

I did add them to Spotify, like you did. Then I did create a new, extra playlist in Spotify and added the local files I wanted to the Playlist and downloaded them. I added a Screenshot to show you how its looking on my iPhone. I called the Playlist just "Random stuff you'll never hear" and you can see that there are some weird song names in this (means these are my local files) which are obviously downloaded on my iPhone. And that worked for me.

Concerning the album cover issue, I don't think that I have a solution for this ...

The quest for good music is a quest everyone should accomplish. 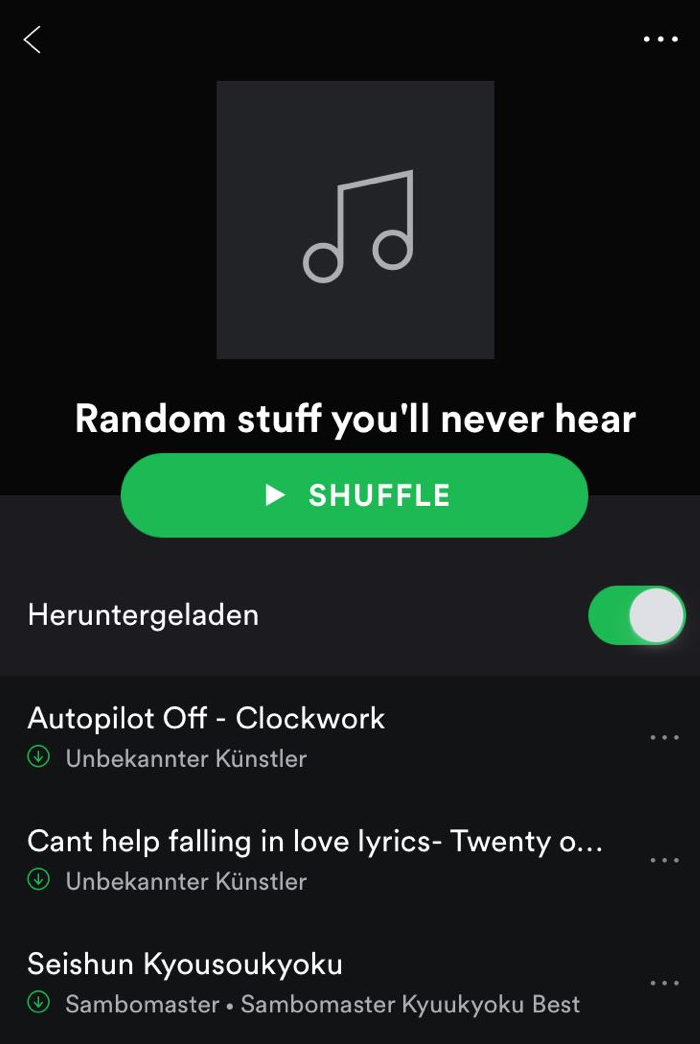