I've struggled for several weeks with my music skipping to next songs randomly, which is frustrating. First time I solved it by wiping my while phone and reinstalling it. Then after a few days it happened again and the same procedure didn't fix it. I then found the thread suggesting I log out of all devices and reset password - and v this worked for the second time, but only for a day. I'm now trying the later suggestion I find on another chat about uninstalling devices. I'm not sure if this has worked yet... And like others, considering doing the service  if this doesn't work. So ... Further help would be great.

However whilst unloading devices, I saw there was an Android device linked to my Spotify account. I don't have one more any family members ( and none use my account anyway). There's should be no Android device. Furthermore I recalled the date it specified for last contact was about a week and a half ago when for a couple of days, my attending would skip but THEN change to music completely off my playlist and unlike anything I'd ever choose - macabre, music. AND I couldn't skip it. AND if I closed Spotify down and restarted it would restart on that song. AND if I choose the app, restarted Spotify but switched to another playlist to avoid the issue, half a song later it would switch again to that song. It felt like I'd been hacked. Same thing happened a couple of days later.

I haven't had it again since but I'm still worried about it. 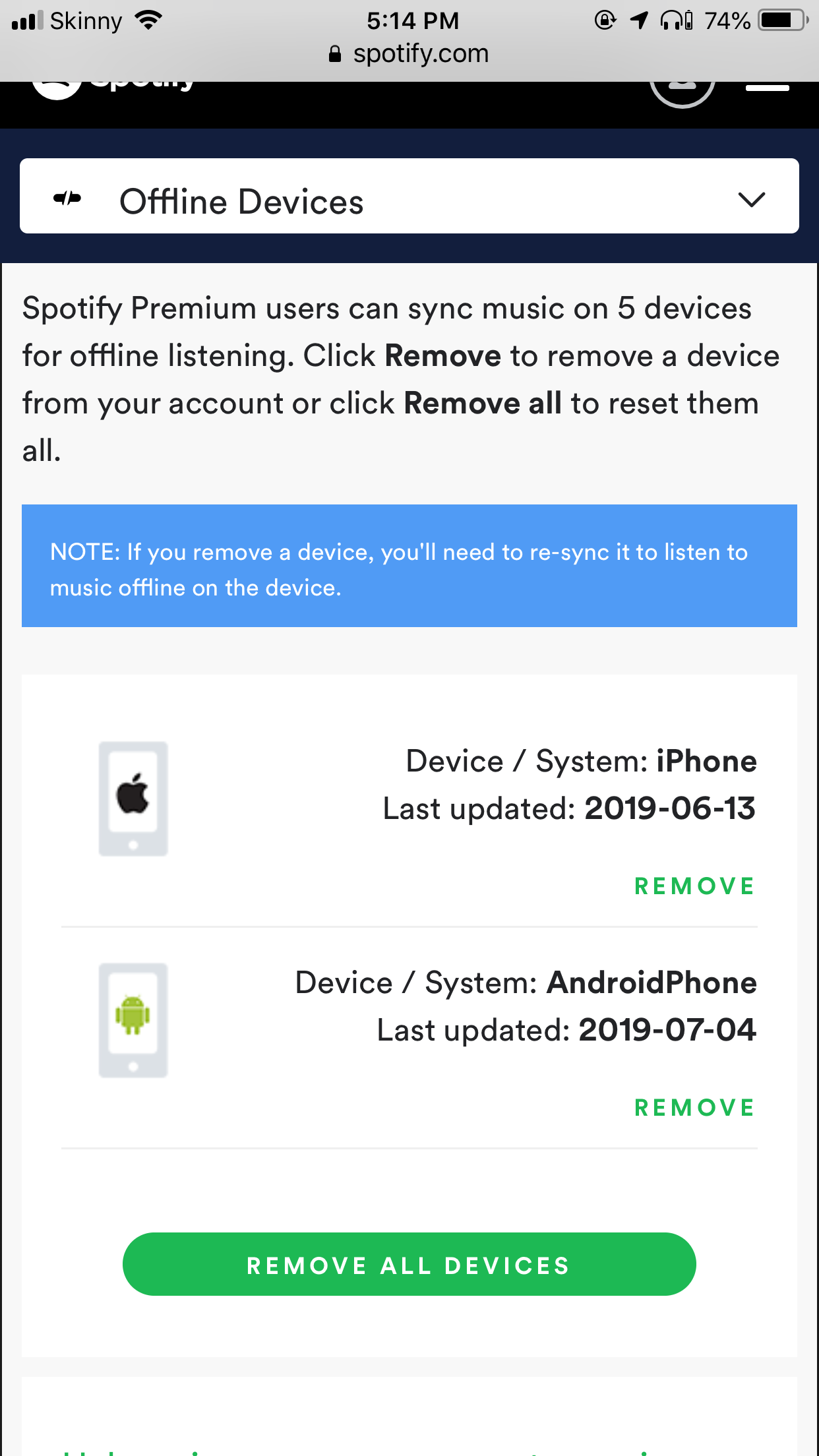 Hey @sharyndonn, welcome to the Community.
Hope you're doing great!

If you think someone's accessed your account, check out: https://support.spotify.com/article/someone-has-gained-access-to-my-account/

Let me know how that goes 🙂

LoxerSpotify Star
Help others find this answer and click "Accept as Solution".
If you appreciate my answer, maybe give me a Like.
Note: I'm not a Spotify employee.
Reply
1 Like

Thank you! I got frustrated and got on chat.... And they diagnosed the same. Yes looks like that was exactly the problem! Thank you for replying to this thread