When I change from "Currently Playing" to "Play Queue" view there is a visual problem : for a second I see screens in partial overlaying transparency that I am not supposed to :

I am on "Currently Playing" view.

-layer 1 : the "Currently playing screen I am quitting becomes transparent. I see 2 other layers :

-layer 2 : the "Play Queue" that I want to open gradually appears (until there ok)

-But also layer 3 : the screen underneath the first two (the last screen I was on before going on "Currently Playing" screen, like the search screen of the home screen for example)

-the "Currently playing screen disappears completely, but I still see the 2 other layers :

-the "Play Queue" that I want to see (until there ok)

After a fraction of second, the 3rd layer (the last screen I was on) disappears abruptly when the "Play Queue" finally is into focus.

The transparency effect between layer 1 and layer 2 is great, but layer 3 is clearly an unwanted glitch that should not appear.

I hope my explanations are ok. I joined 3 screenshots in attachment. 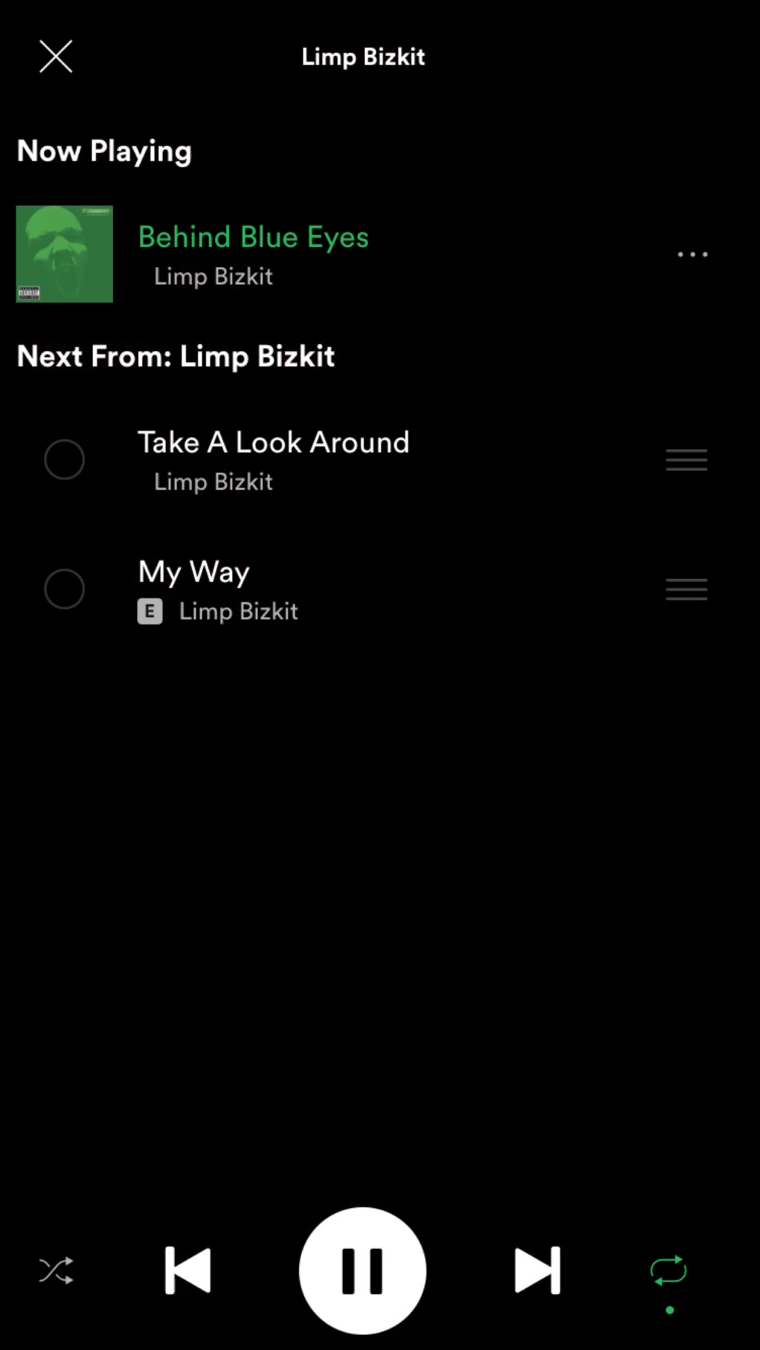 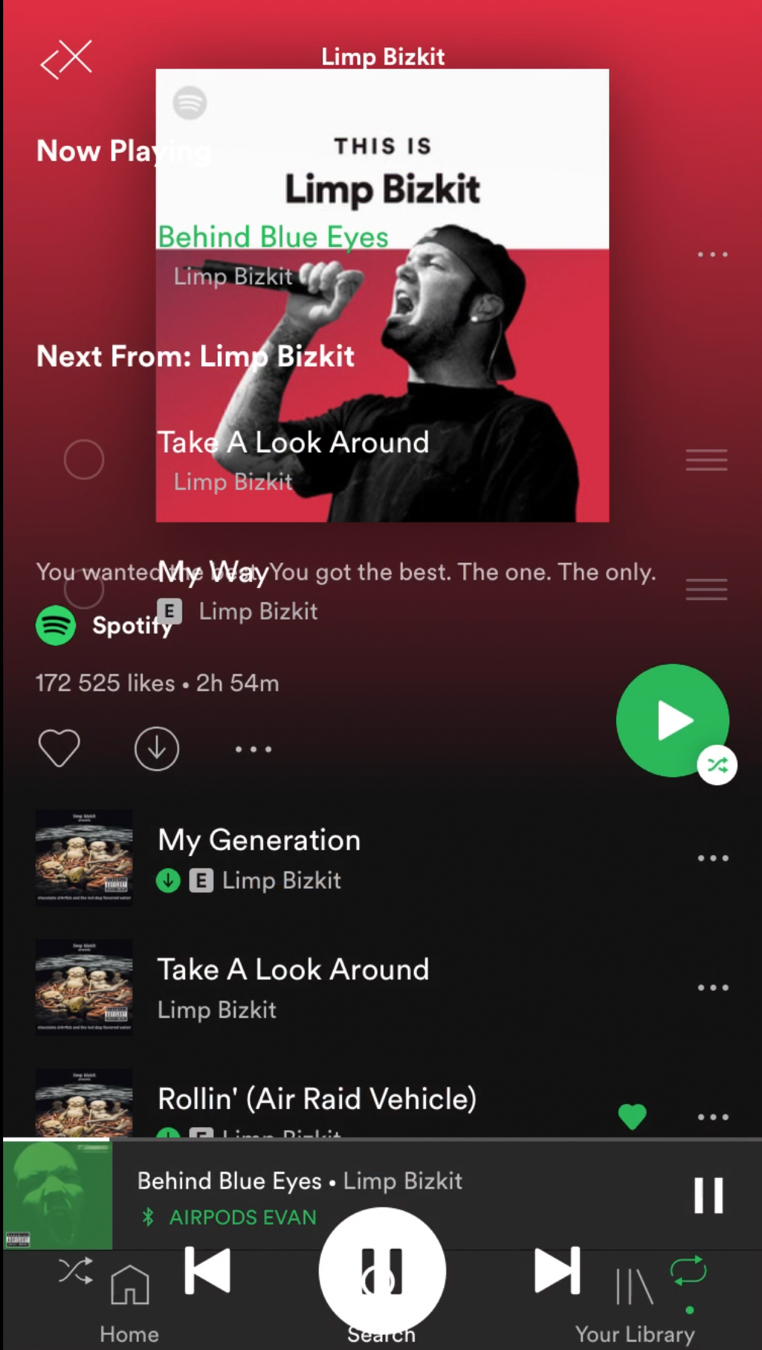 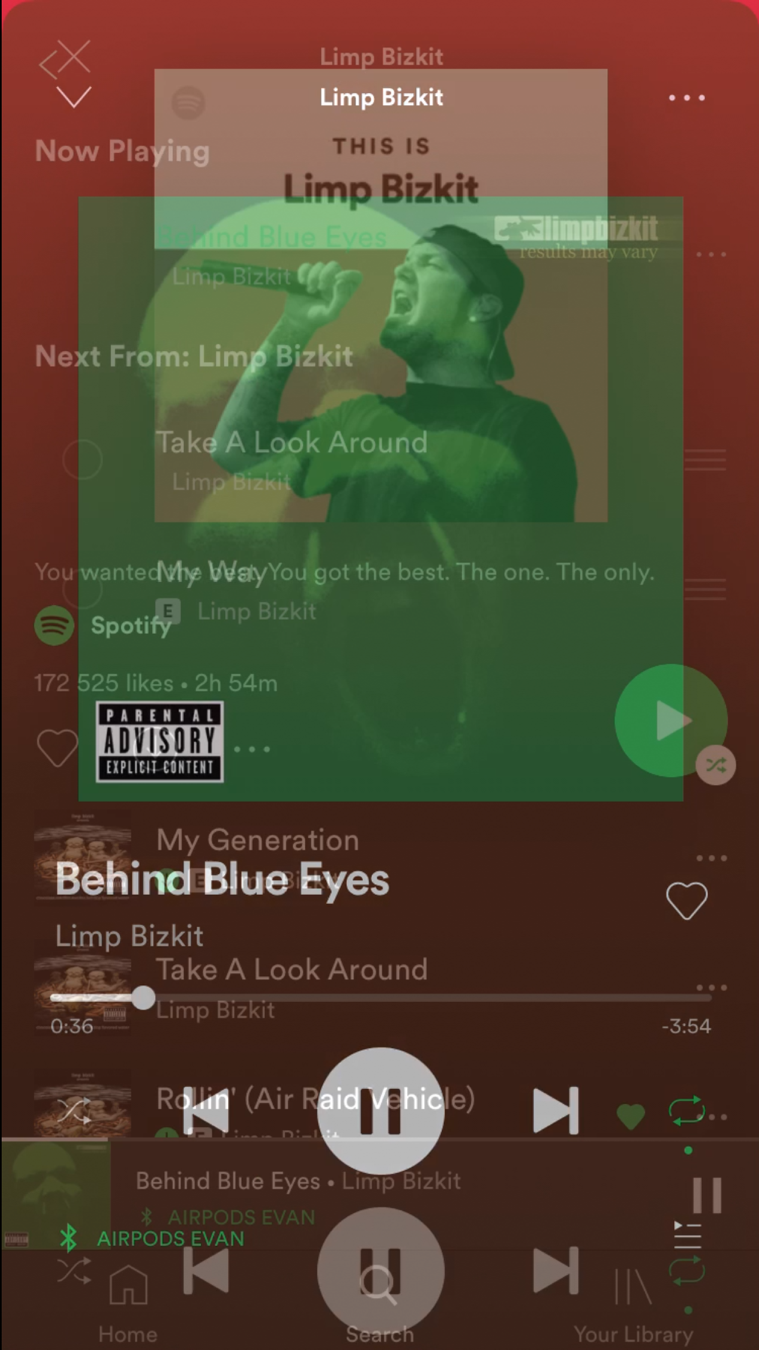 Update: This issue was fixed in a recent iOS app update.

I am having this same problem as well in the iOS app.

I searched @ SpotifyCares on Twitter and it looks like other users are having the same problem. It is being investigated, so hopefully this will be fixed in a future update.

Update: This issue was fixed in a recent iOS app update.