If you're thinking of going premium with Spotify for the iPhone app don't bother. It's a piece of crap that crashes every 20-30 minutes. That said, the service is worth the money even without it. Still it bothers me because if you tell me I'm going to get something for my money I want EVERYTHING you offered. I feel like I'm being taken advantage of by the developers who have been aware of the problem for a long, long time and have not addressed it. It CAN'T be a major bug so what's the deal? You know? Boo hoo! Punks! Thieves. Disappointing. But hey, for 10 bucks you can turn your laptop into one of the biggest, most diverse record collection you could dream of. Perhaps it's too much to expect to be able to do the same with an iPhone. No? Then why did you wastrels tell me it was part of the deal? This is the kind of stuff that turns your ordinary upstanding citizen into a Unabomber. Like when the Man keeps you down, you know? Makes you think they've got you sunk, pushed down to some bottom level of their insidious Monarch Mind Control techniques. It makes you give up all hope for the technology that brought us the Internet as well as the social corruption & degradation it brought along for the ride. I feel I've been exiled and excommunicated by the high priests at Spotify who pontificate and praise the many wonders of their product while turning a blind eye to it's defects and shortcomings. They sit around plotting and scheming all day long to find a way to get the licensing for Beatles songs, Pink Floyd songs, Led Zeppelin songs...I say WAKE UP!!! Beatles fans can listen to their CDs and MP3s cuz you KNOW they've already bought 'em. Floyd and Zep fans, too. Hell, they can just turn on the classic rock radio station and wait a few minutes, they'll hear something by them. I say STOP MESSING AROUND WITH THAT, SPOTIFY!!! Get your spit together. FIX yer apps. Start firing your developers, take a trip down to Silicon Valley and find some new ones, for God's sake. Ones that can take charge of the situation. Ones that can, in the words of a great postmodern thinker, GIT 'ER DONE. I'm dead serious about this. I've been let down too long. I see people cancelling their subscriptions left and right because of this. Yes, you goofballs, I've thought about it, too. Lucky for you you've got a few things going for that none of the other streaming subscription music services I've seen have. Bigger file size/better sound quality is the hook you've got me reeled in on. Trust me, that's the ONLY thing, because as far as selection and UI are concerned Rhapsody and Rdio both are comparable and in some ways even better. But they've got crappy sound quality. Really crappy. That might not be an issue with some people and as such I don't have any qualms about recommending either service over Spotify to those people. I hate to do that, too, because I'd rather be true blue to the core. I'd rather be faithful and loyal to a company that I believe in. I don't pay for Internet services as a rule. But I've made the exception with Spotify and that's got to mean something, right? All they need do is fix the crashes and I'll gladly give them enough free PR to afford the licenses for those Beatles songs I mentioned earlier. Punks! Get with the program! NOW! FIXXXXXXXX!!! 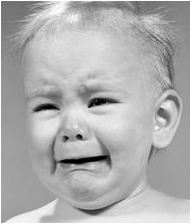 Sorry, didn't mean to be nasty about it. The "name calling" might have given the impression that I didn't respect you all. I'm just being a goofball, but a goofball who wants his Spotify iPhone app to work and is frustrated by seeing all the threads about this crashing issue with no apparent interest in fixing it. Plus, I know the Spoitify community is not Spotify per se. So the rant is certainly not aimed at you.

* Try turning off both Gapless Playback and Crossfade Tracks.
* Also try streaming at a different quality - If you're currently set to high, try Normal or Extreme.

Also, you might want to try freeing up some space on your iPhone too, if you're currently rather limited, as it might be something to do with caching in a small amount of storage space.
Airhorn Enthusiast
Reply
0 Likes

Thanks David. I will give them a try, though I have dumped a whole load of apps from my phone and I have no music whatsoever stored on my phone. There may be a couple more I can do without so I'll check. I'll give an update later this evening and hopefully it will be a positive one.

I do believe the problems been solved! Turned off gapless playback & crossfading and set streaming to "high", it's been going for hours. Awesome! Tried "extreme" setting at first and it did seem to give me a lot more time but eventually crashed. But "high" seems to do the trick, so I'm happy and I take back everything negative I said about Spotify in my post!!! Spotify does indeed rule, now if they'd just get the licensing for Beatles, Zep, Floyd...(haha!)

Thanks David. I really do appreciate your help.

I officially retract everything negative I said about Spotify in my first post. I wasn't in my right mind, to say the least.

Would be a good idea to put a troubleshooting guide in the app. I never would have thought the problem would be a setting, especially from what is considered "normal" to "high".

Thanks again. Now I'm off to track down the masterminds behind Kony 2012 to convince them that the Beatles on Spotify is a much loftier goal and will not garner half the backlash if the campaign fails.