Random songs showing up in my Recently Played list

Random songs showing up in my Recently Played list

Whenever I check my recently played list, there are usually new additions to the list while I have my Spotify closed.  Usually they're from artists I've never heard of or they have super cheap album art.  I end up deleting them from the list but I should have started a list.  Here are some of the artists:

When you search for any of these rando artists and albums in google, they don't exist at all.  When you play any of the songs, it's all just unidentifiable music score.

I've gone to the "Someone has taken over my account" support page and done all the steps twice and still these mysterious artists keep showing up in my list.

I'm wondering if it's related to this article about hackers and access tokens.

Any tips or help would be much appreciated, it's a lil creepy they keep showing up in my recently played list.

Reading all of this is giving me the creeps. I discovered that I was a meat-puppet for stream miners early this morning, and the whole situation launched me into a rabbit hole.

When I saw two playlists (attached is one-- they were both identical) under recently played, I checked my scrobbler and noticed it was playing in between my own sessions. I had listed to about 7 songs washing the dishes, but the strange part was that these songs were being played before I had even started. They began again right after, too. Almost like they waited until I was done to continue. It occurred all through the night too (fortunate to have avoided any sudden song changed like others have reported!)

What really threw me off was the songs themselves... they were either strange classical piano solos or what I could only describe as 'eclectic electric guitar.' And when I say eclectic, I mean "reported sonic warfare in Cuba" weird. A song that makes it feel like someone's watching you, something is going to pop out at any moment. Not enjoyable after a wake and bake. And if you go to any of these "different" artists, they contain a handful of singles with repeating album art, almost the same exact music styles, and very peculiar (similar) titles. I'm sure these are just scraping the surface of thousands of fakes out there. The WORST part is that you just get the feeling they're all being created by the same individual. You could only really understand if you wasted as much time as I clearly had digging through these. Counter-intuitive? Yes. Interesting? A bit.

One I'd like to highlight in particular is 'Cabinet of Fools': out of curiosity, I searched it in Spotify to see if it appeared. What I found was multiple strange, but similar, tracks on random, varied albums. The songs are basically the same, but some albums were smoother while others included drums. But they're all titled 'Cabinet of Fools'... I can't really pinpoint what's going on with these but I'd love to know. It's hard to describe, just see for yourself. Brace yourself on the songs I posted though, because I wish I'd have had a warning.

So, I went through the old song and dance with my password and logouts. Things are fine *knock on wood* although I wish it didn't happen in the first place. It's kind of creepy, kind of morbid, however also intriguing to peel back the layers of this mystery onion.

I feel like my account is secure again, but the thought of any one of these tracks spooking me on a quiet drive, or even worse, in the middle of the night, is leaving a bad taste in my mouth. 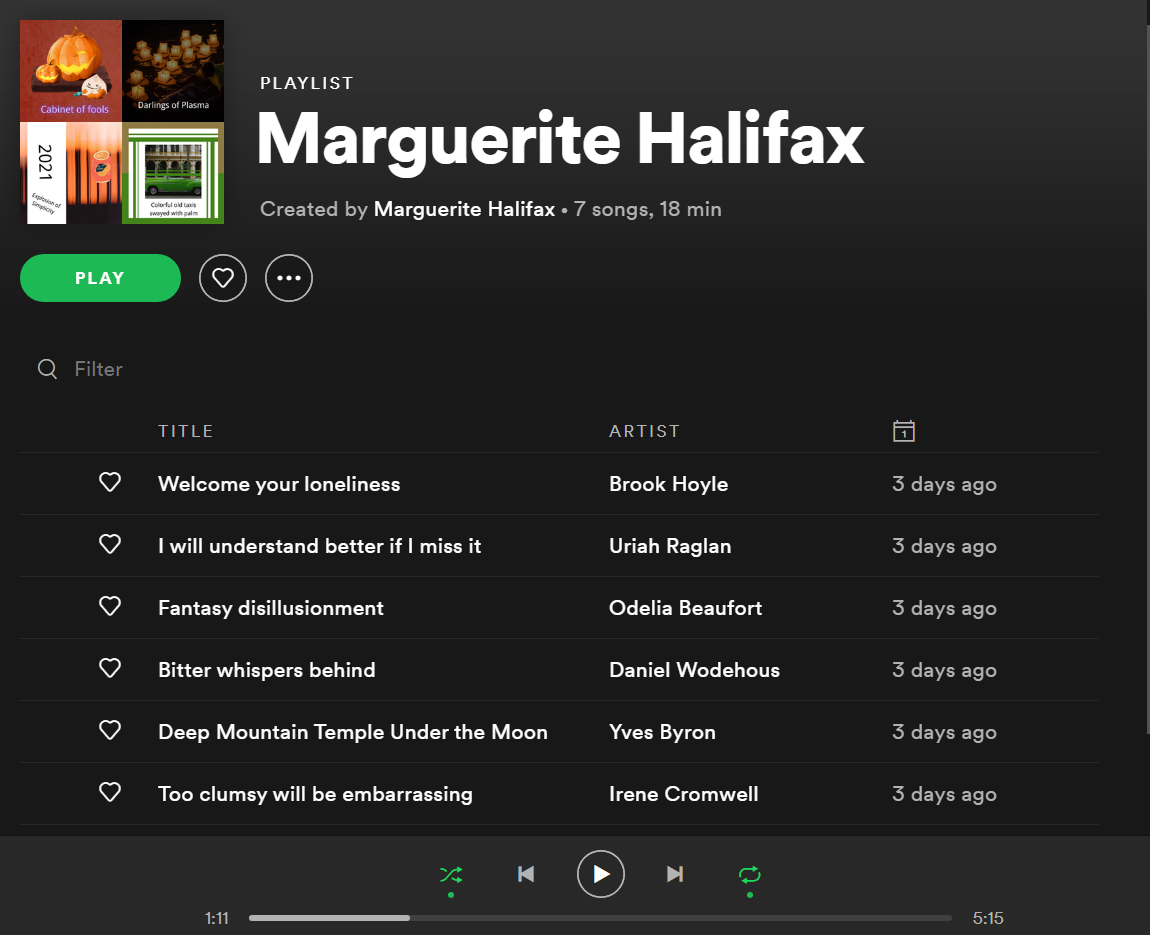 Hey I have/had the same problem. If you go to the chrome page you can log out of all devices (chrome pages, phones, etc.) and change your password. You can also change your username. I did all three steps (plus deleting all those random artists and albums), and I no longer have that issue.

I got notified there was a solution to this ongoing issue.

All I see is more denial and sweeping under the carpet

Absolutely. Spotify should come right out and say we've been hacked and we've no idea how to rectify it. Sorry, but your personal data is at the mercy of others. I'd appreciate a little bit of honesty. Right now, it feels like they are directing the blame towards the customer.

Effgee1
Casual Listener
This is BS.
Why is this marked as 'solved' ????
This is not solved, its an ongoing issues, and a serious security concern.
Anyone from Spotify care to reply ?
Reply
4 Likes

We understand your concerns regarding your account's security and you can rest assured that Spotify has not been hacked.

If you see any strange activity on your account, we'd recommend taking a look at these tips in order to secure it.

In case the activity continues after securing the account or if you think someone else has gained unauthorized access to your account, we'd recommend following the rest of the suggestions that you'll find in this article.

If this doesn't do the trick, you can always reach out to our Support team here. They'll be happy to assist you further by checking your account and making any necessary changes in it.

Hope this helps. If anything else comes up, we're always a message away.