My client has Spotify on their Note 3 smartphone, and has downloaded literally thousands of songs, primarily because he travels to locations where streaming is not an option (and to save bandwidth costs).

Now he is considering purchase of a Note 9, and wants to be able to transfer the downloads from one device to another.

From reading the forums here, (and correct me if I am wrong) seems like there isn't a way to MOVE downloads.

So, as his technical support, I want to be crystal clear for the process to getting downloads on a new device (and remove from the old device).

2) Can the downloads be picked up and moved from one device to another, and what are recommendations as to how this could be done?
a) using a cable directly between devices

b) using an intermediary device, such as a windows 10 machine to temporarily move files into from the old device, and then again out of the windows machine to the new device.

3) If downloaded music on the old device cannot be moved is there another alternative:

a) Does Spotify keep meta data on music downloaded, so that if the old device is deauthorized, and the new device authorized, that a mass redownload could be triggered to the new device.  Ideally, we would have control of when this new mass download would occur, so that we can be in a strong wif-fi area with USB power connected, and run over several hours (overnight).

b) is there an Android App that should be used to help with the move?

I'm open to other ideas as well.

Downloaded content is tied to the device it was downloaded to and can't be transferred between devices because of the copyright protection. So yes, you will have to download music each time you change your mobile.

So help me understand the process so I can communicate with the client:

1)  Is the playlist created on the old smartphone?

2) This new playlist will show up on the new device, correct?

3) When thei new device is operational and the old device decommissioned, then I enable "Download Everything" in the playlist on the new device, right?

xoholo
Composer
Yes, the playlist you've created will stay on your profile. You can create a playlist on the old device and download it on the new one!
Reply
0 Likes

So, I presume that now the client can go to their account in a browser, create a playlist and add songs to it.  Is there a way to add multiple songs at one time to the playlist?

Then in the playlist, once the new device is activated, will there be a menu item that allows "download all" - see screenshot arrow.

Forgive me for all the questions.  I can't believe this process isn't mapped out / documented in detail on the Spotify website.  People changed phones all the time. 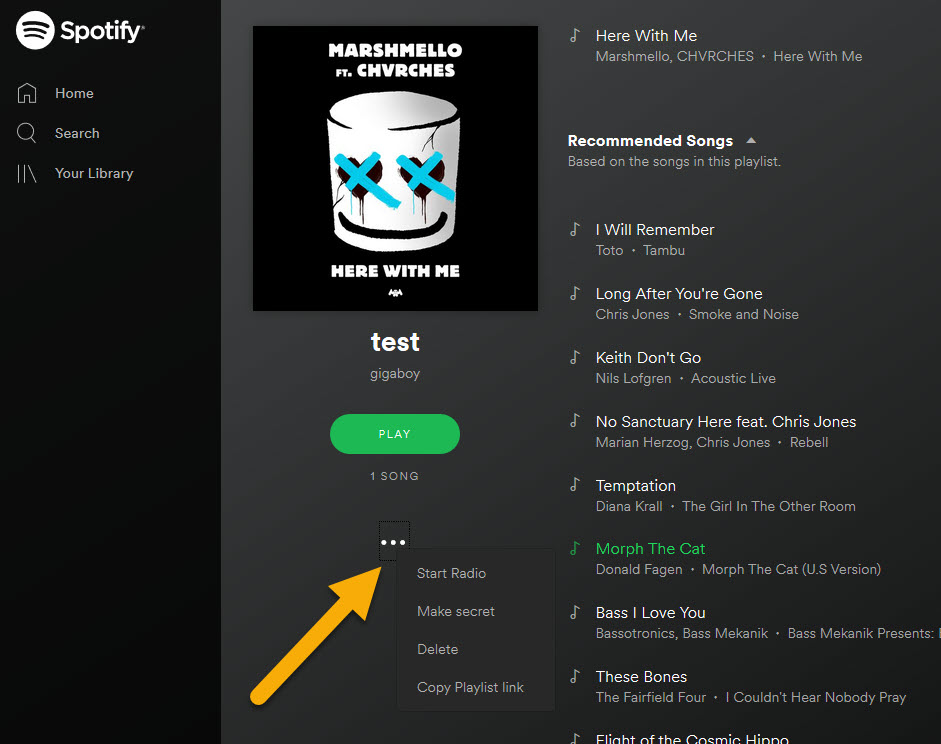 Sorry for the delay.

You'll get more information on how to download songs here

If you still can't find a download option, try installing the previous version of Spotify!

Let me know if you have any trouble following any of these!