As per the request in the other thread, this problem has been going for me for a while now:

I spoke to Spotify Support and they had me test using their test account, and the same problem happened. So it's an issue with the app rather than my account.

The only other incidental thing is that I've noticed Spotify doesn't like it when the network isn't fully available: if I try and play music when I just get in the lift, when my phone thinks it still has network connectivity but it doesn't, then Spotify will refuse to play music until it's able to talk home to the servers. I had wondered if this was similar, as the random stop issue seems more prevalent when my coverage isn't perfect.

Spotify Support tried to get me to disable battery saving features but stock Android doesn't have the option to control this.

Update: I've just returned from a business trip with several long flights. Spotify didn't pause once during these flights, which rules out that this is a process issue (i.e. not Android being clever with killing off the process in the background to save battery). My phone was on flight-mode the entire time and it didn't happen, but when I got back to London and got on the London Underground, it happened when the train left the platform and the WiFi connection wasn't reliable. Hence suggesting that this is a problem with Spotify dying when it can't phone home to report on my listening/whatever. 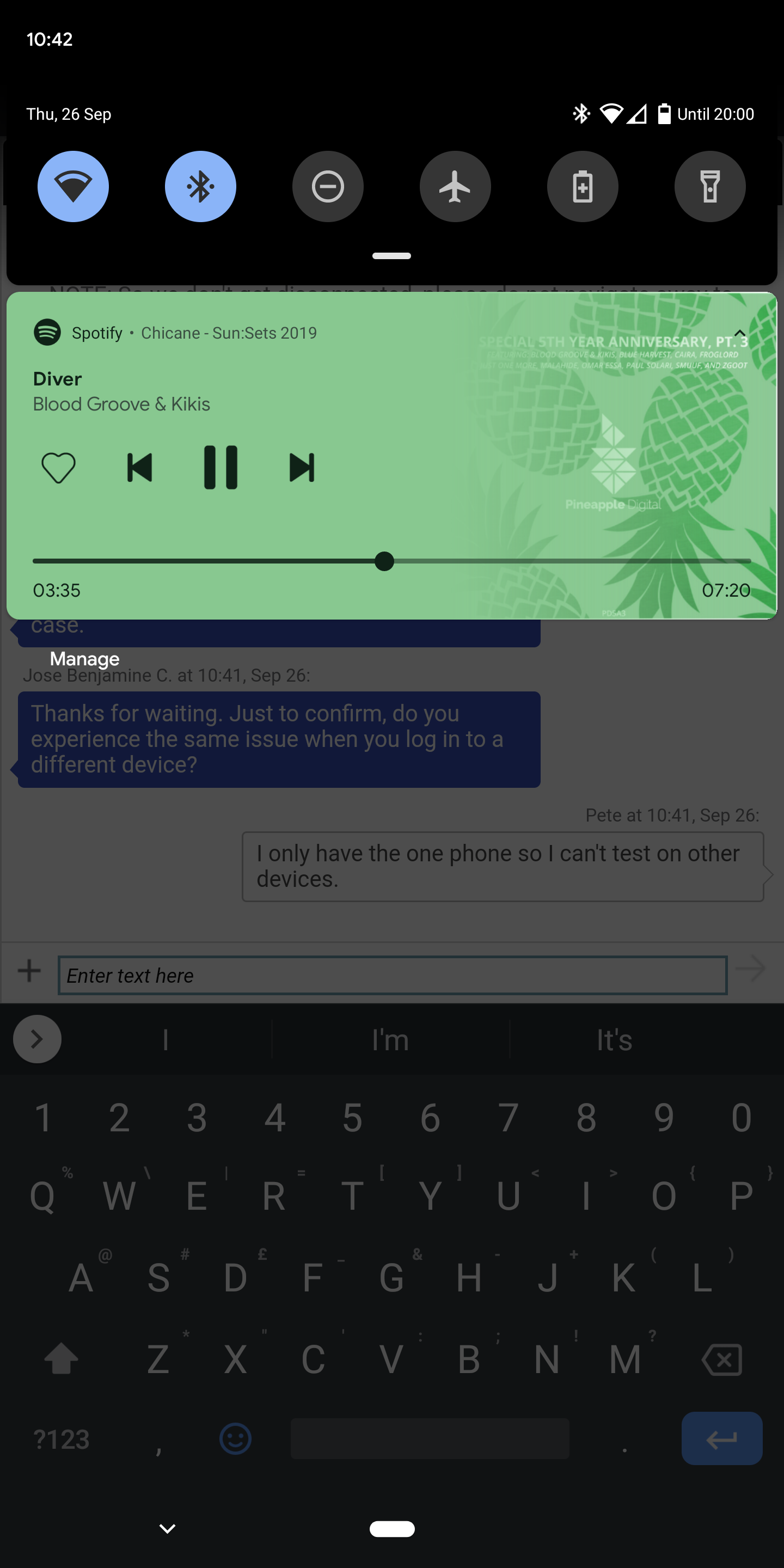 I've been having this same problem on a Galaxy S8 for months, if not a year or so.  I primarily listen with wired headphones.  I've had the problem with ALL wired headphones.  I sometimes listen on bluetooth speakers, and I believe I have had the same problem with bluetooth.  I've had the problem when listening to downloaded playlists.  And when connected via cellular, wifi, and when listening on airplane mode.  I have posted occasionally in these forums, but this this is my first check in for awhile.  I've tried all the setting -- enabling background data, turning off background data, etc.  It's been going on long enough that I think I either have to put up with this or try another service such as Apple Music.  Personally, I think this sucks becauuse other than this ANNOYING problem I do like Spotify, hoever, it's apparent that whatever is going on they have no interest in resolving.

Oh, I have also deleted and reinstalled the app MULTIPLE times, cleaned out cache, and all that other stuff.

Have this same issue.  Been going on for about a month.  I use Spotify all the time at home and working out and I have to restart my music about every 2 songs when it randomly pauses.  It happens on wired headphones and on all my different bluetooth devices.