Spotify "shuffle" still doesn't randomize the music. If I open a playlist of 1000 songs and hit shuffle repeatedly, it'll only switch between 5 or 6 songs. This has been an issue for people for over 7 years. How is this not resolved?

I get the same issue on desktop. No matter how many times I start the playlist with shuffling enabled it will only switch between the same 10 songs.

Thanks for reaching out to us 🙂

Could you restart the device and then log out and log back in again? If that doesn't do the trick, we'd suggest you give these steps a go and run a clean reinstall. That way you can make sure the app is up-to-date and the cache is not causing any issues.

It's also a good idea to try on another device. Are there any changes?

Keep us in the loop! We'll be right here if you have any questions.

Apparently its not actually broken, its just Spotify uses an extremely sh*tty shuffle algorithm that expects users to enjoy listening to the same songs over and over.

Can you please at least ask the developers to give us a setting that turns shuffle into a TRULY randomized shuffle? I think people will enjoy this feature more than the Spotify Car Mode that makes people MORE likely to get into crashes considering how bad it is.

We appreciate you taking the time to share your feedback with us and will make sure to pass it onto the right team, as we always strive to improve your experience.

If anything else comes up, we'll be right here.

Have a good one.

I also have this issue, which is a problem for me.  I use my spotify playlist as an alarm every day.  After a week or so of the same alarm sound, my brain tunes it out and I don't hear it.  Out of a playlist of 70 songs, and a second playlist of 83 songs, I have been woken up by some combination of the same 6 tracks for nearly a month.  Because I'm asleep at the time, I can't just "reshuffle" or manually skip past those tracks, and I don't want to have to remove songs that I normally like and then re-add them later.

Even worse, it's a self-reinforcing problem.  It seems to be weighted toward songs I listen to more often.  By repeating those and not others, it further raises the number of plays.

I would like a Shuffle option that is not weighted.  My 1997 cd player could manage that, my first generation ipod touch could, why can't spotify?

It's not about the device, (re)installation, cache or anything else
webplayer, spotify on linux, android, on all of them shuffling is awful, and it's been a long long long while that it's like this and in every thread with this problem the answer is the solutions in the first line, which won't work and then, we will share you feed back & the thread closes.
the shuffle, it's not actually shuffling, it's repeating 5,7 songs in a playlist with 100 songs over and over again.
Please do something so we can enjoy music 🙂 change the algorithm or anything that will make a difference.
Thanks

laura32
Casual Listener
Same problem, same complaints over and over and over again. It has been years. My default is not paranoia, but at this point, if it isn't fixed, perhaps it is because Spotify doesn't want it fixed. Maybe the algorithms are based on financial incentives of some sort.
Reply
6 Likes

Thank you for your posts.

We suggest that you perform a clean reinstall of the app as @Ver mentioned.

If that doesn't do the trick we suggest that you head over to this idea. You can leave a +VOTE and Subscribe to the thread for any updates.

Thanks for the feedback, we appreciate it. Let us know if we can help you with anything else.

I have been tracking this problem for at least five years. The pattern has been consistent:

Customers complain that their playlists shuffle, at most, 100 songs and then find their Spotify app repeats those same songs over again.

In response, Spotify moderators on this forum always reply in a very pleasant tone, thanking these paying customers  for their feedback and then suggest some version of the following steps:

Suggest to the customer to clear their cache

Suggest that the customer uninstall and reinstall their Spotify app

When the customer replies that they have tried those steps already, the moderator thanks the Spotify customer for their feedback and assures the customer that their concerns will be forwarded to the 'Development Team'.

If the customer still insists on help, the moderator suggests that they 'vote' on the Spotify site for this problem to be a priority for the Spotify development team to address

The next time paying customers bring the same problem up again, the moderators repeat Steps 1-6 above...

The moderators do a very good job of not solving the problem, while at the same time, making the customer feel like their concerns are being listened to and addressed.

Based on the above pattern, it appears that there is some good reason why this problem has not been resolved in 5 years.

One logical conclusion is that there is a financial incentive for Spotify to not allow customers to shuffle all of their songs in a particular playlist. The most likely reason is that if they allowed a large number of songs to be shuffled in a playlist, it would increase the royalties and administration of those royalties that Spotify has to direct to artists/ song owners.

fabphilli
Visitor
Excellent. I think you hit the nail on the head with this one!
Reply
6 Likes

Ver: stop suggesting this. it's not the problem.

Thank you for your replies and for sharing your feedback.

In this case we suggest that you head over to the idea that's been mentioned above and leave a +VOTE and Subscribe to the thread.

We're always testing things by adding or removing features to make Spotify better overall and we’re constantly aiming to improve our features. We’re sorry that this means you’re not able to use Spotify like you wish to do at the moment.

You can read more about how your feedback reaches Spotify here.

Once again - thanks for the feedback, we appreciate it. Let us know if we can help you with anything else.

A solid example of Step 5 😆 Thanks Jeremy.

Translation: "This is not going to be fixed."

The new "sort by" feature for the liked songs playlist has been nice as I am actually hearing songs I haven't heard in a while while shuffling. Unfortunately, this is just a band aid as the shuffling is still messed up.

I chose to sort my "liked songs" by album name. Got a bunch of tracks I hadn't heard in a long time (AWESOME, FINALLY!)... but then I noticed a pattern. All of the tracks were being played from albums that are at the beginning of the alphabet. So a large portion of my library is being neglected. With a library of almost 8000 songs, that means thousands of songs are being ignored (my guess is around 5000).

While it is possible that there are financial motivations to crappy shuffling (weighted preference for certain songs), there are also scenarios like this one that I don't think have anything to do with playing certain tracks more than others for financial reasons. This is just broken and if there is a preference to the shuffling for certain individual songs (which I believe is the case as well) only using a small portion of a user's library to gather tracks to shuffle adds to the problem of hearing the same songs over and over.

Why is this a problem still? 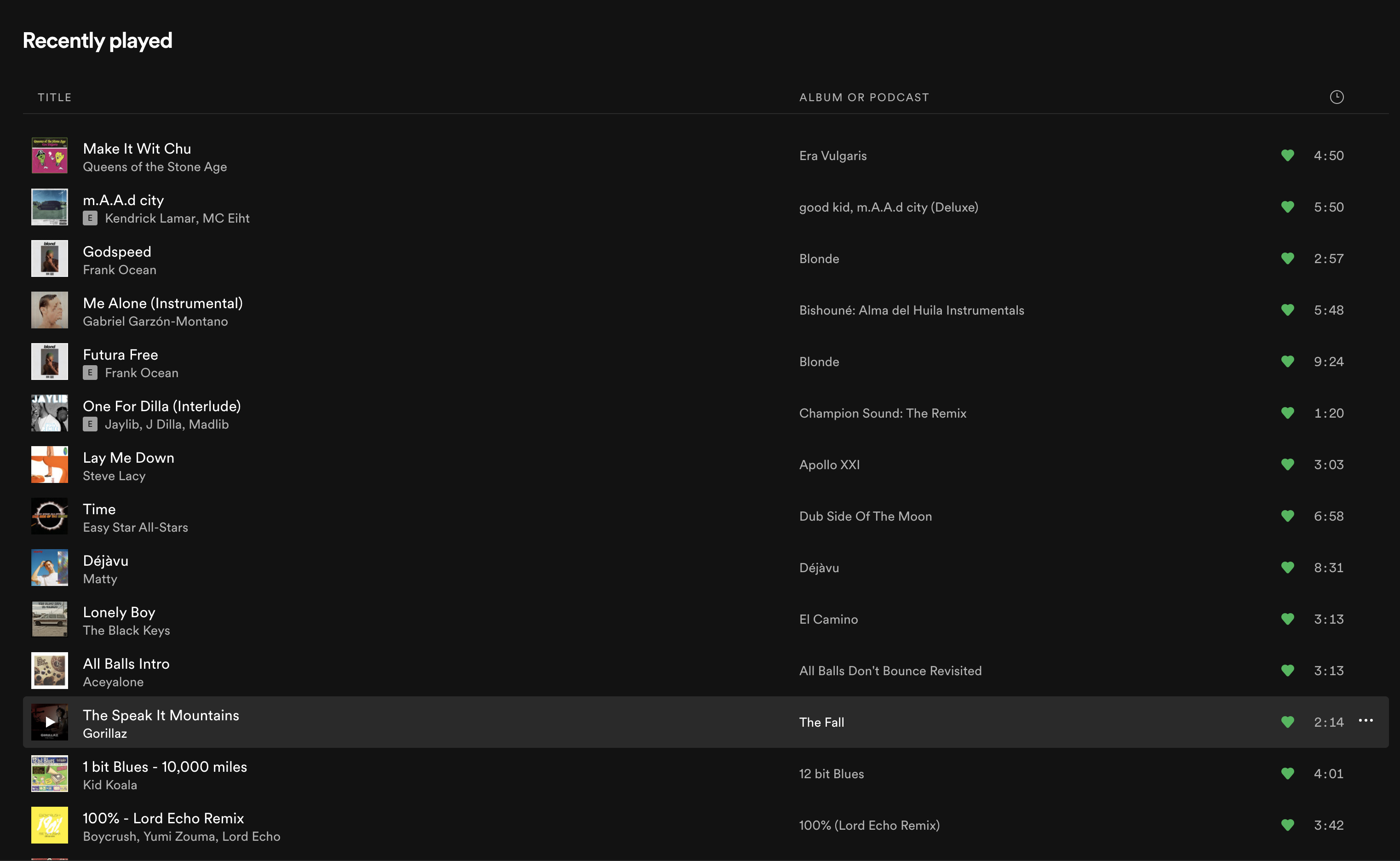 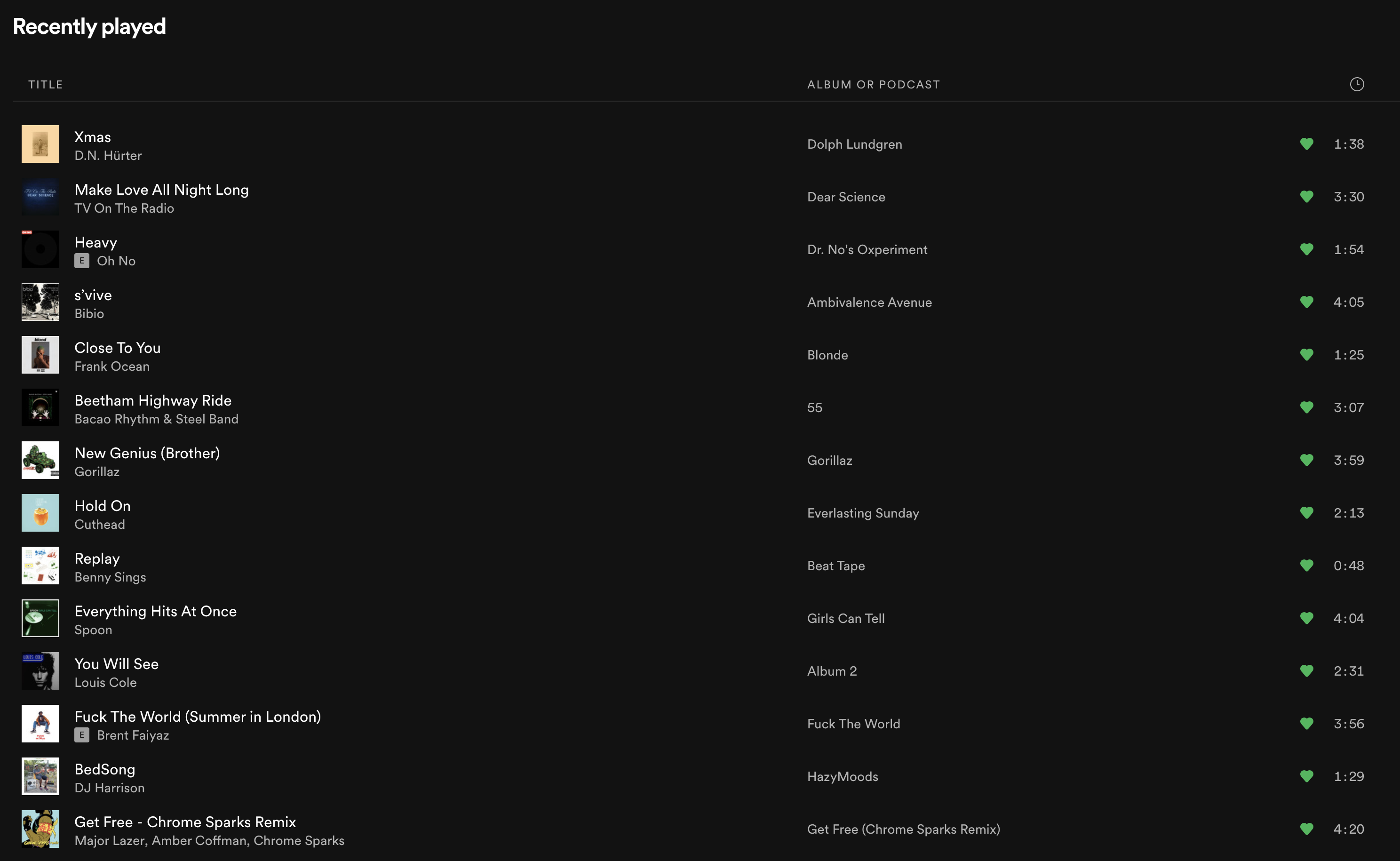 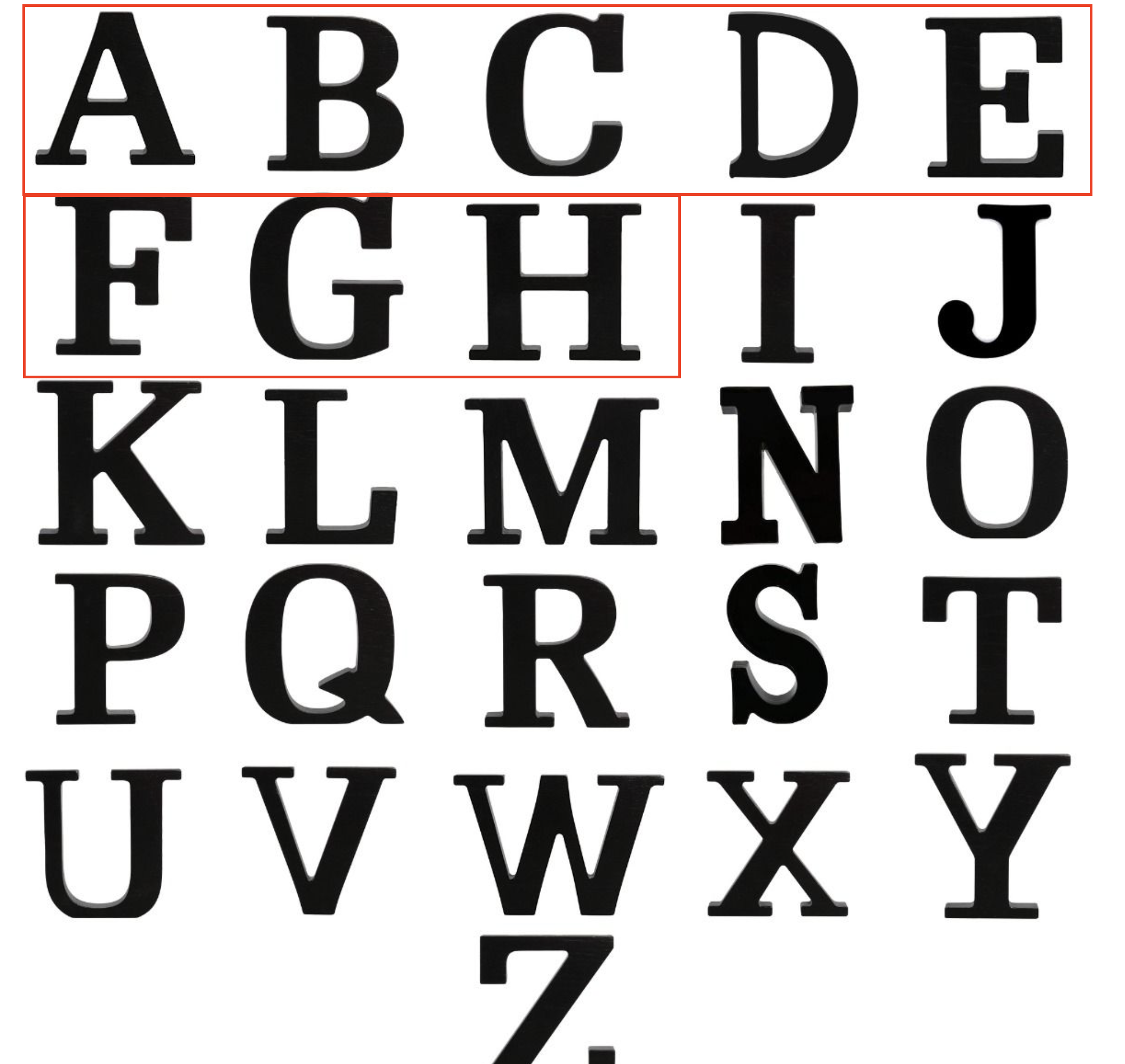 Update 21-May-2021: I too realize this is a problem. I'm facing this with the web player on Windows 8.1. Surprised to see this is such an old problem.

Ahhhh "self-reinforcing problem" -- now I understand. I've been trying to figure out for years how it's happening. I've got a 250 song playlist, and it's already played a handful of the same songs 3x in the past couple hours.

Spotify's official take on this is "you only believe it's repeating the same songs, but really it's other songs by the same artist." before they close threads out though.

In any case, I've found that adding or deleting a song resets the list of songs it shuffles. So for instance, if I remove a song, suddenly it'll play a song it hasn't played in two years...and then it'll play it ad nauseum.

It's funny, you probably discovered their exact formula that they are trained to follow lol. They probably have a training manual with this exact same general guideline for steps to follow. Customer service works exactly like that.

Still a problem. Today I've been hearing Bonobo and Anderson Paak throughout my shuffling multiple times.  Since I last posted I've probably added 1000 new songs to my library bringing it to over 9100 songs (and a VERY small fraction of these are songs from these two artists). Why do I get 6 songs from these two artists in the same hour and a half of listening? Bc Shuffle is still broken!  FIX IT!

Still broken. I have a playlist of over 1000 songs and hear the same ones constantly. Going to start showing everyone I know who pays for premium how to pirate spotify.