Getting two adverts together at the same time, simultaneously?

Getting two adverts together at the same time, simultaneously?

I mean that two different superimposed adverts play at the same time. They occupy double the screen, like two windows one above the other, even going outside of the screen.

Here is an example: https://havenforus.files.wordpress.com/2021/07/spotify-two-commercials-ads-at-the-same-time.jpg

Strangely, after I clicked on the pause button, only the bottom commercial stopped, while the upper one continued and then the player passed on the next queued song (paused).

Another thing: before this double commercial, the one for Kinder was played alone; however, I don't know if every time that there are simultaneous adverts one is systematically a replica, or if it is just a coincidence.

Is anyone getting the same thing recently? 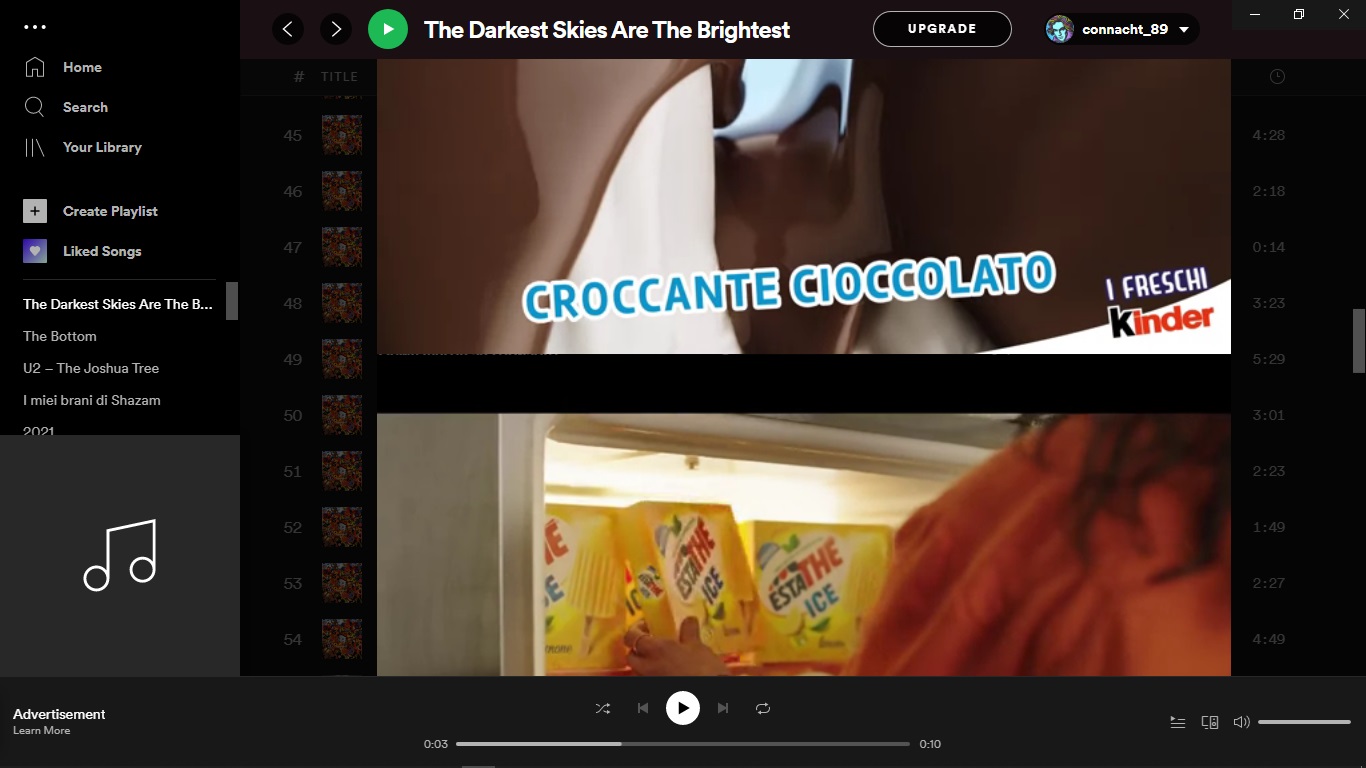 Yeah happening for me too. Very annoying. I can't imagine the companies paying for these ads would be very happy since you can't understand anything that is going on with audio overlapping.

Thank you for bringing this up to our attention.

This is quite odd, we haven't been able to reproduce it so we can try some troubleshooting steps here.

To start, perform a clean reinstall of the app. This is often an overlooked step, but it’s more thorough than a regular one and can be helpful to get rid of any cache that might be causing trouble.

If it doesn't do the trick, please let us know if this happens only on one device or if you've tried with others.

JulianModerator
Help others find this answer and click "Accept as Solution".
If you appreciate my answer, maybe give me a Like.
Reply
0 Likes