Currently I'm experiencing a very annoying weird bug with the xbox one version of spotify. It seems that the newest update for the xbox one Spotify app broke the playback bar (not sure if I'm using the right word here, I am referring to the part of the screen that tells you how far along you are in the song time wise).

What happens now on Spotify whenever you play a song on the xbox one is that after about 30 seconds the time tracker will reset and go back to the beginning, making it appear as if the song is looping the first 30 seconds, however the song keeps playing normally. If you pause the song it will automatically jump to the correct time on the screen, however after playing the song again for 30 seconds it will go back to the beginning again. This can vary too, sometimes it will reach a minute before going back to 0:00 on the playback bar. 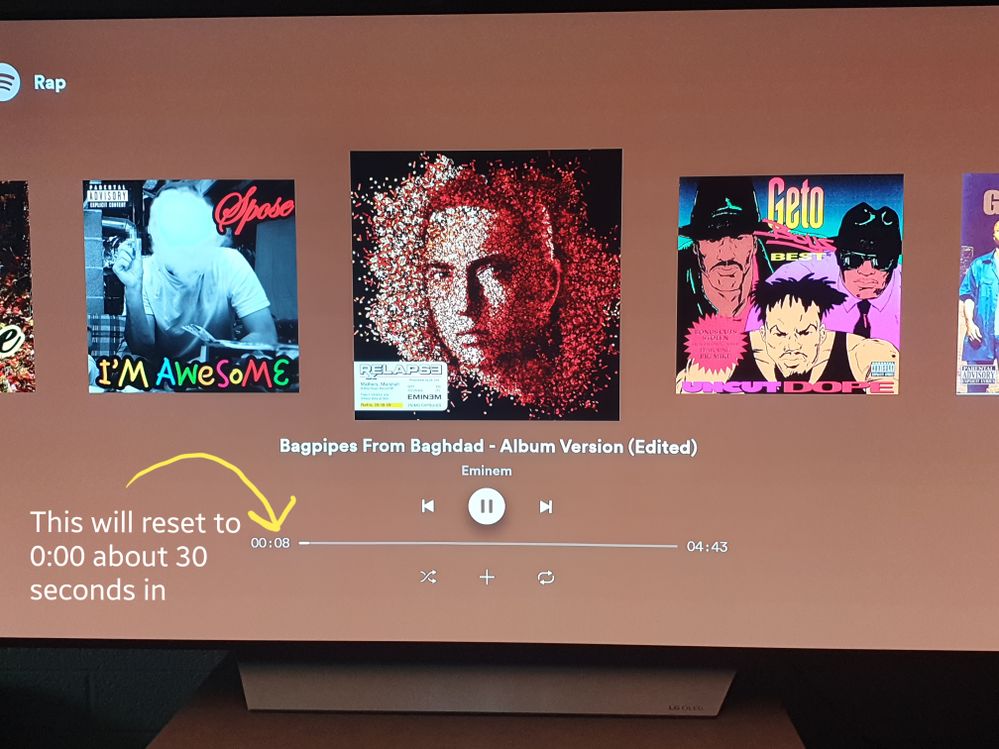 As far as troubleshooting goes, I've tried rebooting my Xbox one, signing out of spotify, and even tried uninstalling and reinstalling the Spotify app howevee the same behavior persists.

Is anyone else experiencing this issue? I have also attached a picture to show the portion of the UI that isn't working properly for clarification.

We are aware of an issue with the app and are currently investigating it. Feel free to contribute in this topic where we gather information from affected users and keep everybody up-to-date. We'll get this sorted as soon as possible.

Sorry for the inconvenience. Let us know if you have further questions.