Albums not loading. I am just getting a blank black screen. I can only play music from artist popular list or playlists. If reloading spotify, I get an error message and black screen if I reload. Attempted complete reinstall and issue persisted.

This issue has been marked resolved in April 2019, but I am still experiencing the exact issue described.

I’m experiencing this same issue. Saved Albums load ok if I put my phone into airplane mode but when my phone has an internet connection, the albums page open and the three dots appear to indicate it’s loading, but then the three dots go away as if loading is complete and the album page is blank.

This seems to happen for all albums. Issue persisted after clearing cache and force killing the app.

Same issue.  I load an artist, but none of their albums populate.  Individual songs still appear in playlists, however if I click "view this album" it is blank.  I can load the album on desktop no problem.

Yup. Same issue cropped up several weeks ago. It’s back....

Same. Can only play music from my playlist, nothing else.

I've had issues in the past with the app having display issues because of the text size settings in my phone, so I tried to make the text smaller in the iPhone settings but that resulted in the issue on Spotify worsening, now when I view an artist, none of the songs or albums appear, it onl shows the artist name, playlists that feature the artist, About, On Tour, and Albums. When looking up an album, I no longer get a black screen but instead I get the title and album artwork along with the Release date and album length on the bottm, just the song titles are missing. Anyone else have this iteration of the problem?

Yeah, does it look like this for you? Worst part about it is that Spotify recommended I delete and reinstall the app which didn’t help and caused me to lose all my downloads 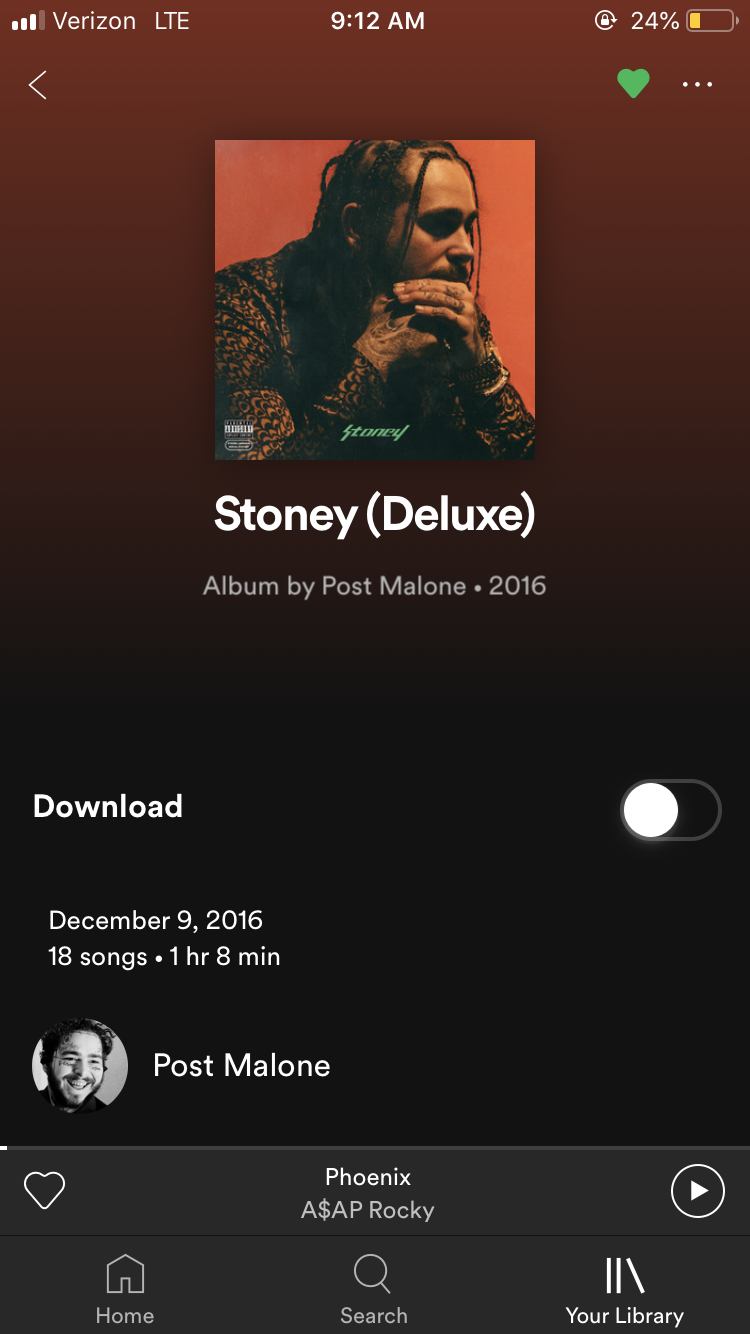 Same. Frustrating. Want some good music for my Friday!

This is exactly what it looks like on my end.  I did a soft restart on my phone along with an app deletion and reinstall.  Didn’t work.  I still have the same issue.

Tech support, are you awake?

Issue seems to be resolved... strange though my phone restarted on its own! wth?!

Resolved for me too.

Problem is persisting here, looks a bit different tho. Using the newest version of the app.

also experienced another error message while trying to post to this chain - Exception ID: 37FF74E2.

Thank you for your posts here in the Community. We just came across this thread.

In this case we suggest that you perform a clean reinstall of the app. This is different from a quick reinstall and could be helpful to get rid of any cached files that might be causing trouble.

@Missa3 - We also recommend that you clear your cache and cookies to see if it gets better regarding posting in this thread.

Thank you, I have the same problem