I downloaded music to my Samsung Watch 4 Classic.  When I try to playback the music, I am prompted to indicate if I am playing from my phone or watch.  When I select the watch, it just brings up the Bluetooth menu.  I've downloaded/played music directly from my watch in the past.  However, I have no idea what the watch/Spotify app is doing lately.  I tried uninstalling/reinstalling the Spotify app and pairing it with my phone.  Attached are screenshots showing 1. Downloaded music and 2. The menu that pops up when I try to playback downloaded music directly from my watch. 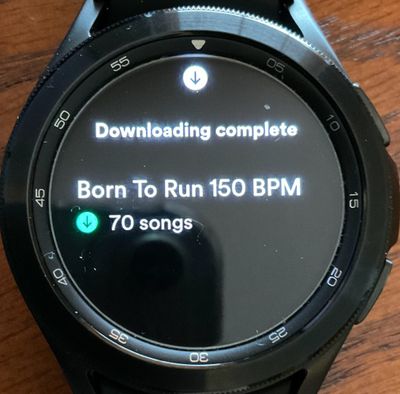 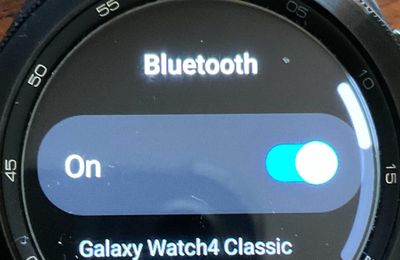 thanks for posting. We don't have anyone on the moderator team with a watch like yours, so we're not experts on the device, but we'll still try and offer some suggestions.

Reinstalling of course is an important first step. When you did that and repaired your phone, did you pair it through the Samsung wearable mobile app or just from your phone? Also, we noticed you're on the newest Android version. Do you recall if this was an issue while using Android 11?

Lastly, we know it can be bothersome, but it might be worth trying to factory reset your watch to see if functionality is restored.

Kiril Moderator
Help others find this answer and click "Accept as Solution".
If you appreciate an answer, maybe give it a Like.
Are you new to the Community? Take a moment to introduce yourself!
Reply
1 Like

I tried the following steps:

Thanks for your help.  Any additional ideas are greatly appreciated.

Thanks for the reply and the detailed info.

Can you go into your phone's app settings and check that the Spotify app is granted all Permissions. These can be automatically disabled when the phone updates.

Also make sure that Battery Optimization is not turned on for Spotify.

If that doesn't help, let us know if you can play music from the watch while you're close to the phone and are on the same WiFi.

As requested, I tried:

In order to keep investigating this, can you access your account on a friend or family member's phone with Android 11 and pair your watch to it?

We want to be sure if the same account on different Android versions exhibits different behavior.

Thank you for responding and sorry for not replying until now.  I'm trying to find someone who has a phone that is still running Android 11 to test.  I'll keep you posted if I find one.

I cast music from my phone and control it with my watch samsung G4.

Suddenly the spotify app showed the music I played last week and would not go away.

When I pressed pause music would stop and voice would say sorry you music is being played on another device.

Best solution I have found is uninstall spotify from SG4 and use the media player which shows a spotify logo and controls everything quite well.I think the player is samsung music. 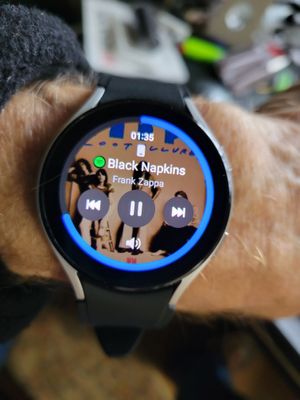