I would like to view the the album artwork at a bigger resolution. Full screen if it was possible.

Thanks for adding your vote to this idea.

On Desktop It's possible to expand album artwork to full screen by clicking the two diagonal arrows in the bottom right of the screen (next to the volume bar).

agentGav
Newbie
Except, as has been pointed out many times, it *doesn't do that*

The actual function is to make it 'larger' against a grey gradient
background.
With the title/etc. permanently on the screen.

The functionality, to restate what we've all been asking for - for some
years - is to make the artwork actually full screen (against a solid black
background).
Maybe the coders never experienced vinyl or the joys of album art, but it's
something that is part of the artwork that is an album as a whole.

For example, I have a 12" square screen that only shows the album picture.
Nothing else. I'd like that image to fill the screen. If you want to add a
toggle to switch on/off track listings, great too.

brennie
Newbie
Exactly. The double arrow only makes the art expand by a small percentage. I have a 15 inch screen and it just resizes the thumbnail to a few inches square to about 10% bigger. Not really a great “feature"

The latest update with the larger Album pop-out is better, but still not full screen.

It would be great to have an option to have a bigger album view (ideally HD) and ability to see cover and then flip to back cover and additional album notes, as appropriate, etc.  With ability to expand view in and out (like Google Maps!)

Judgeing by the number of comments, both within Spotfy Chat and elseware on the web, this is key thing missing from Spotify and would be a fantastic improvement.

This has been trundling along as a user request for so many years, I thought it might help if I mocked up what 'full screen' means to me.  Aside from being a massive music fan, I've worked in the industry a lot and the album art isn't an afterthought.

We don't add our own words to the music: why are you doing it to the art that comes with it?

brennie
Newbie
Yes agentGav, that’s much more like it.
I am an artist (The Handsome Family) and can assure you that we spend a huge amount of time on album covers.
The cover is often a unifying element for the record itself.
The artwork experience is one of the main things fans say they like about vinyl.

Great that you implemented this, the background gradient (and the shadow in my opinion) looks absolutely horrible. Why is this so different than the rest of spotifys dark theme? Make the background more subtle to allow the album art to shine!

I clicked on "that arrow" icon to make it fullscreen... well' that's FAR from high-resolution... At least Full-HD (1080x1920) artworks would be appropriate, don't you think so?

The gradient looks horrible with most of the covers. You can do this better (and bigger: Full-HD!) 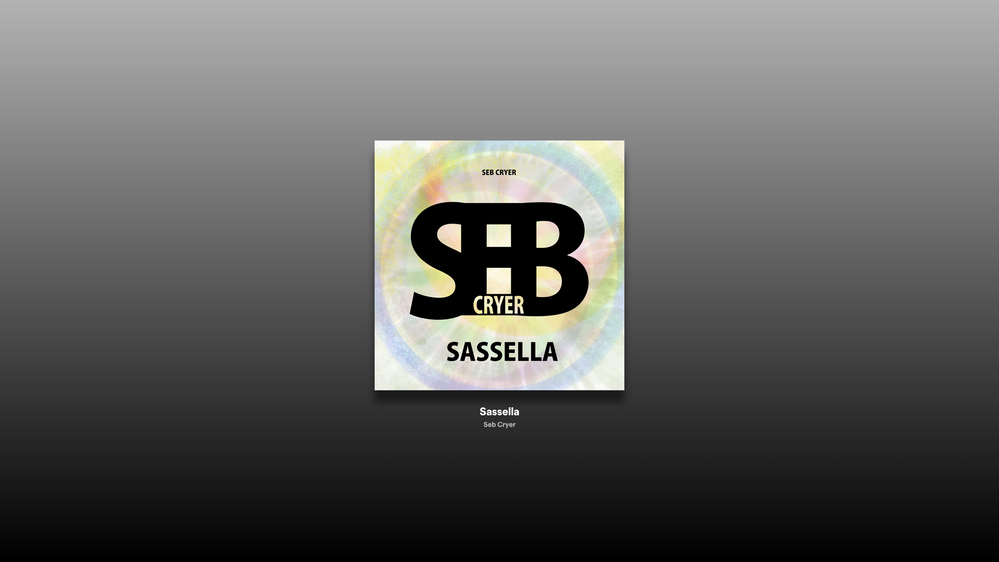 Like many others I would also like to have this feature, and I think the current implementation could be greatly improved upon. Besides the existing comments (the album art should be the only thing in the window, filling the entire window, with no text and controls visible only on hover/interaction) I have a couple of other points.

Currently we have a button that switches to large album art _and_ simultaneously makes the window full screen. "Show large album art" and "full screen" are really two separate things. Often I would like to continue using the display for other things while it shows large album art in the window. The Spotify window can already be made full-screen using OS-level controls on the window itself. So what we really need is a button that toggles between the usual UI listing tracks, and an alternative view that only shows album art filling the entire window. If someone really then wants the window to fill the entire screen, they can use the "maximize" or "full screen controls" from the OS.

It's also strange to find the existing button next to the voume control. Intuitively, I was clicking and dragging on and around the existing small album art for a while trying to figure out how to make it larger. I suspect double-clicking the album art or clicking an "enlarge" hover button on the album art itself would be much more intuititve for most users.

On the issue of completely full screen images, I realize you may have images/scans of differing resolutions and you don't want to degrade the album art by showing low-res images full screen. I would agree that excessive stretching/blurring is ugly. So you could always aim to fill the whole window, but cap the stretch factor at 1.5 or 2 so that images where there's just not enough data remain smaller than full-window.

This is not fixed. Please re-open this Idea.

What would be really nice is if one could zoom in on the albums to look at the detail of it.