Album Playback Green Button operates in shuffle mode - can it be changed?

Album Playback Green Button operates in shuffle mode - can it be changed?

Why does the iOS Green Playback button operate as a shuffle only playback button? Is there any way to change the behavior of the Green Playback button on the upper right when you search and locate an album. Furthermore, this (assuming this is the default behavior and there's no setting to change it in iOS) is inconsistent with the Desktop App which does not operate in shuffle mode . I'm attaching screenshots to show what I'm referring to. And btw, I am aware that if I select the first track of an album it will play in sequential order. However, its rather cumbersome when there's a big, nice, green button to press, which stands out above all else on the screen.

Ideally, I'd rather hit play to the start of the album directly from the search result, rather than having to select the album,  wait for it to load before I can then select/play to the first track in the list. 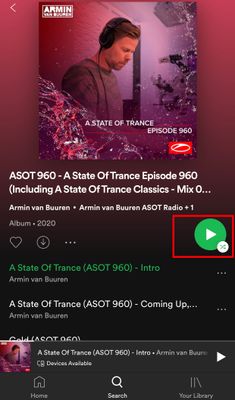 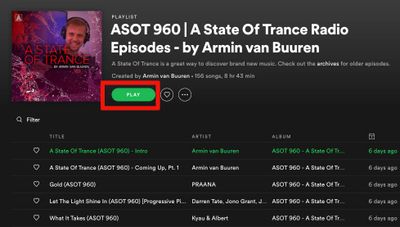 I am also having this issue.

I posted an additional topic but a moderator decided to mark it as spam (???).

As playlists and albums are mostly designed to be played back in a specified order it's important for a consistent playback experience between desktop and mobile devices.

This is a major problem for the user experience on iOS.

The fact that this is the default option and there's no way to change it is beyond me. I honestly thing they need to look at their competitor UIs. Not to plug any others out there but please use this feedback and improve the UI to improve the overall user experience!