I’ve been having an issue where when I shuffle a playlist, if I pause for a bit and then come back to the app, and play again, the shuffle order has reshuffled itself.

For instance, if I was listening to a playlist of 30 songs, I get 15 songs into my shuffle, pause the music for a bit, and then come back and hit play again

it treats the song I’m on like it’s the first song of my shuffle, and the other 29 songs of the playlist get reshuffled into the up next.

the shuffle order used to be consistent, in that I could pause halfway through a playlist, and then come back to it and continue, without having to hear all the same songs again.

The Shuffle function won't remember which songs of a playlists were played if you navigate to a different playlist/ album or away from the app. Currently there is no way to change this.

Spotify constantly strives to improve the user experience with its features and the easiest way to achieve this is by regular app updates. That’s why we appreciate you taking the time to share your suggestions with the Community.

We also suggest checking this help article for useful tips on how to submit an idea. As a heads-up, it's good to know that the higher the number of votes an idea gets, the more likely it is for the idea to be implemented.

This has never been a problem before, before the past few weeks or so.

Why is it a problem now?

We haven't received any other reports about this, so we need to narrow this down as much as possible to get to the root of the issue.

Could you go to your phone's settings and check that Background app refresh is toggled on? Also, make sure you don't have any battery saving setting affecting Spotify.

If this doesn't do the trick, it's worth running a clean reinstall to remove any old files from your phone.

Okay I’ve tried these steps, and the problem still happens.

I also brought this problem up to a friend and next time she listened to a playlist, she also noticed that it reshuffled and she was hearing songs she had already heard.

(I know before I used to be able to listen to part of a playlist, pause it and come back even days later and the queue/up next would still be in tact/the same as when I paused it. ) 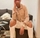 Thank you for your reply and confirmation.

We're sorry to hear that you and your friend don't feel like you're having the best experience with our shuffle feature.

We're always testing things by adding or removing features to make Spotify better overall and we’re constantly aiming to improve our features. We’re sorry that this means you’re not able to use Spotify like you wish to do at the moment.

For now, we suggest that you head over to this idea, You can leave a +VOTE and Subscribe to the idea for any updates regarding this.

Let us know if we can help you with anything else in the meantime.

Hey, just wanted to say that I’ve also been having this problem. It never used to happen before but now it’s happening all the time. As someone who usually listens to only one playlist with over a thousand songs this issue is actually quite annoying because now instead of remembering where I left off on my very long playlist it just resets everything like if I had just started over with a new shuffle.

I'd recommend adding your +Vote to the Idea that @Jeremy has linked to above 🙂 This way you can show support, as the more votes an idea gets, the more likely it is to get implemented.

I don’t see how that would help since they are different things. The idea linked is about having a “true shuffle” aka a different shuffle than the one currently on the app. I’m having problems with Spotify not remembering where I left off in the middle of a playlist and just resetting it with a new different shuffle order of songs every time I open the app again (which never used to happen before). For example, I shuffle a playlist with 10 songs (A-J) and it shuffles it as B,D,A,E,F,J,G,I,C,H, listened to songs B,D,A,E and F, stopped listening for a while (I don’t even close the app, it just stays open on the background) and when I open the app later to continue listening starting on J and continuing the previous shuffle (which I didn’t close or exit out of or try listening to something different in between) instead of being J,G,I,C,H like it’s supposed (and what it used to do before) it starts as J (the song it stopped on) and a different shuffle with ALL the songs (including the ones I already listened to) like C,B,H,A,F,I,E,H,D as if I had restarted the playlist by hitting shuffle again (which I didn’t). Again this didn’t use to happen before, I would be able to leave at any point halfway through and come back to be exactly where I left off with the exact same song order.

This issue seems rather isolated, but we'd like to investigate this further with the right team. In order to do that, please share with us the make, model and OS of your phone, as well as the Spotify version you're running.

A short video recording showing the issue will come in handy as well.

OS: iOS 14.8.1 (the same as the person who was originally having this problem as well)

As for the video I am unsure of how to record it since it happens after I have had the app closed for a while. Should I make a video right as I finish listening and then another one after I come back?

No worries, we've looked into it some more and the app indeed will clear the shuffle queue state after some time of inactivity to free up resources and to align with previous shuffle feedback that we've received to allow for a more consistent shuffle experience with every playback.

However, we're continuously modifying the app so it's early to say what the final shuffle experience will be.

Hope this clears things up. If you need a hand with anything else, the Community is here for you.

Thank you for finally looking into this issue. I hope this feature changes.

You're welcome. If you have any questions or need help with anything else, just let us know.

So do you ever plan on actually fixing the issue? This issue has been going on for almost 2 months or more and its honestly made me not enjoy listening to music anymore. Anytime I come back from inactivity it reshuffles and the exact same songs keep coming on. Confused how this hasn't been patched yet it's infuriating.

Every single time I connect my JBL flip 5 to my iPhone 11 and open the app, it reshuffles my songs, even when shuffle is disabled. It removes songs I put into the queue and everything. This issue is fairly recent, as in the last 2 months recent. Please patch this.

I am experiencing the same problem, which I had never encountered before last month.

I have a playlist of new music - generally about 40-50 songs, and I like to hear all of them, though not necessarily all at once.

Today I listened to 4 songs from the playlist and left the phone to do something else. I came back to the phone to listen to more of the playlist. When the song that was mid-play finished it went back to one of the three it had already played. Suddenly it is doing this all the time, and it is incredibly annoying. Please restore to previous setting.

On top of this when it does reset it it plays the same songs then suddenly stops as if you've reached the end of the playlist but I still have another couple thousand songs that haven't played. Then when you reshuffle it's just the exact same songs over and over. This needs to be fixed asap I dont know how this has gone on this long unpatched. Tonight for the first time I also pressed play and instead of playing where i was up to in the playlist it started playing radio based on my playlist, wth is going on??!! I don't want to have to restart on Apple music but spotify has been ruining my listening experience for months. I'm on samsung s21. Please sort this out its getting ridiculous

LukeCT
Casual Listener
Also I should add all my playlists are downloaded and lately whenever I come back I still have to wait till it connects to the internet for anything to play. Almost everything about this app is bugged atm!!
Reply
1 Like