The "Recently played" section is missing under the Home page. It's been confirmed to me that is should still be there: https://community.spotify.com/t5/Idea-Submissions/Desktop-Other-Bring-back-quot-Recently-Played-quot...

I have tried loging out/in, restarting my computer, reinstalling the app, but given it also occurs on open.spotify.com this is clearly a bug. I believe the cache for my account was cleared by the Twitter team (they offered to do so, but never comfirmed it was done). 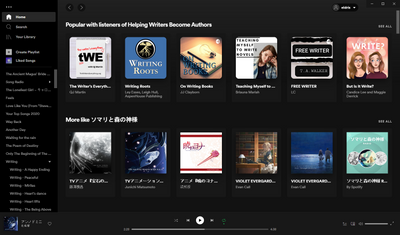 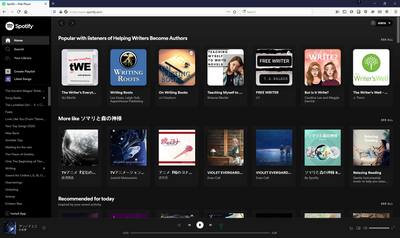 (Please note, all my adblockers etc are disabled for this URL)

We understand you've already tried reinstalling the app. However, we'd like to suggest a clean reinstall as this is more thorough than a regular one and can be helpful to get rid of any cache that might be causing trouble.

We'd also recommend clearing your browser's cache and cookies to see if it makes any difference.

My last uninstall was a clean one (also, I'd never logged in on the Mac before). I've just tried the version from the Windows App Store, but that hasn't helped. I have also tried clearing my browser's cache/cookies, trying a private session, and using another browser. Nothing works.

What I see on Home (the order of the lists varies sometimes, but Recently Played isn't listed even if I scroll to the bottom) 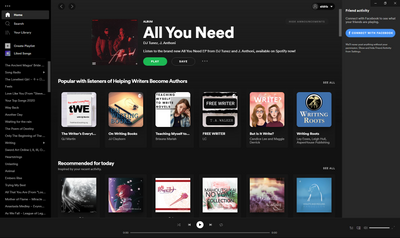 On MOBILE (iOS app) it does show, but Recently Played on mobile and desktop haven't been linked on the backend for some time (ie what's played on the desktop/web has never shown on the mobile's recently played list, and vice versa), so it showing on the mobile app means little.

eldris
Regular
It might be worth noting, my account is over 10 years old. It could be worth collating account ages for the people with this issue, in case old accounts were legacied into new systems at some point.
Reply
0 Likes

Just to confirm, were you previously able to see the Recently played section?

If possible, could you ask a friend or a family member to log in to their personal account using your computer to see if they can replicate this?

eldris
Regular
Before the recent desktop app update, there was a Recently Played tab in
the left hand navigation, which was what I used.

I have logged into my children’s profile but the new update hasn’t been
rolled out to them yet (as I understand it, this update is a gradual
rollout - the layout of the desktop app changes depending on who logs in),
so they still have the old layout with “Recently Played” on the left.

Would you mind giving it a try using a different internet connection just to see if you notice anything new?

You could also try creating a new test account here and let us know if you can see this section after playing some music.

I have created a test account and logged in in the same environment as my main account. Recently Played didn't appear, then did after I listened to something. 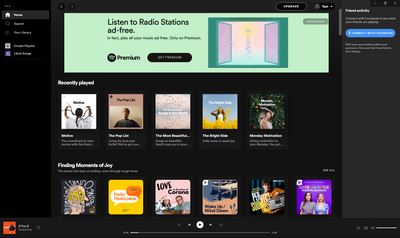 This new account is on the new update, so this test confirms there is a problem on the backend with my account. Might I suggest looking at the database to see what form recently played is stored in for these two accounts? It seems the new interface is getting fed null for my recently played list.

eldris
Regular
I guess I can't post email addresses. I expect there is some way for you to message me privately if you want to know the account details.
Reply
0 Likes

As the Recently Played feature is still being rolled out, it might not be active on your original account yet.

New design features like this usually get to 100% of users fairly quickly, however it might take some time to be enabled on all accounts.

As moderators we have no way to check your account info on the back end to see exactly what is happening.

If you really want the Recently Played section, we'd recommend transferring your Music library over to the new account, following this Guide.

Otherwise, it'd be best to wait and keep your app up to date, as this feature will eventually be rolled out to all accounts.

eldris
Regular
So you’re saying Recently Played, a feature that was previously accessible
in my account and is now not, is being rolled out separately to the new app
layout? As a software developer I find that incredibly unlikely, although
this entire update is so poor it wouldn’t surprise me.

As a paying customer, I would like to talk to tech support. I had thought
staff on the forum were a route this, but clearly not.

How can I talk to actual tech support?

We'd suggest you head here and contact our support team. The folks there will be happy to help.

We'll be right here if you have any further questions.

@eldris I have found that Spotify tends to "Improve" on feature by removing them, like the karaoke feature that was removed  a while back.

They claimed they removed it to replace it with a better one but that never happened. (around 2015)

The current horrible version of "recently played" is now in "Home" and it only shows your most recent playlist and or artist in a list of  4  how many can fit in the UI space.

It no longer shows radio (which is what I used it for) or singular tracks.

edit: After a reloading Spotify again it does in fact show Radio, but I had to select play radio on the artist page. I do not know if this works the automatic Radio that plays at the end of playlist or artist pages.

edit2: Single tracks are now recorded in the Que which is next to the speaker beside the volume bar on the bottom right. IE The Que now also has a Recent Played tab.

Up until a few minutes ago the older version was available here https://open.spotify.com/genre/recently-played

but checking again just now that link is no longer valid.

Checking again and it's back. Apparently they can't even decided its fate in the 30 minute span I got up to leave and come back to finish this comment.

edit: it looks like the new version is being updated as we speak, I hope this page stays though, I quite like it.

It would appear to me that Spotify is yet again **bleep**ing over is smaller artist and paying users in the name of UI and I find it disgusting.

edit: It would appear they are rolling out the new version in bits and pieces and not as one whole part.

And now support is going around blaming users, which seems to be a common among bigger software companies like this one.

While it might be because these companies don't give their CS and forum assistants the proper information or resources, giving bad information to the customer is still worse than no information at all.

While I am not a software dev, I have worked in customer support, and the number one rule is never get rid of a feature unless you merge it with another feature in a way that improves it or doesn't degrade the usability of old feature.