That exact thing happens to me too.

This was fixed after reinstalling Spotify and cleaning all data.

The issue with the misaligned navigation arrows is really, really irritating and must surely be a very simple fix?

After a random time (today it was several hours, but I've seen it happening after just a few songs), parts of the GUI stops updating, and as the different non-updating parts show information that is not consistent, possibly not at the same time (I've never seen the stage where only some of it updaes, though). When I made the attached screenshot I was hearing the song shown in green in the main panel (i.e. the danish version of a Disney song), but in the lower right spotify is still showing the cover from the french version of "The Lion King" that I listened to parts of before. The shown song title "Le Rapport Du Matin" was one of those songs, but the artist is not called "Spotify". Futhermore the progress bar shows the songs last 15 seconds (neither the song that was actually playing nor the song shown is 15 seconds long, that might be consistent with the commercial from spotify that caused "Spotify" to be shown as artist).

Yes, commercials means I don't pay for spotify, but use the free version - with the lack of care the linux client gets (and linux errors, even things like the obviously wrongly configured apt repository, that I have mentioned before) and the random availability of music I'm actually interested in (some of it just isn't on spotify, other things is not available to danes) that's not likely to change soon. 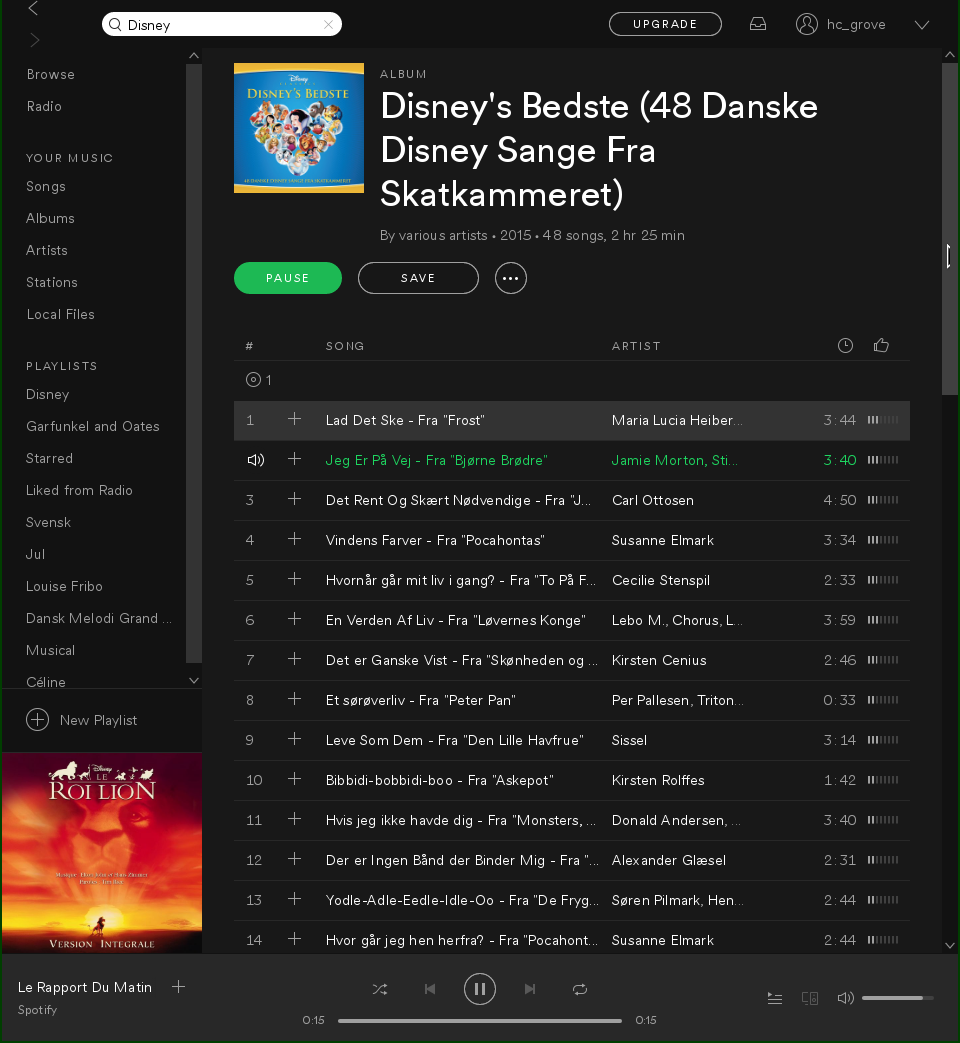 Shouldn't this kind of dependency be registered in the package and verified by apt before installing the update?

Excuse me for cross posting!

How can I know the last released version of spotify client for linux? My current installation says

I'm powering off my Lubuntu machine with a physical power button (shutdown -P) and Spotify doesn't save the last volume level setting. iirc the shutdown sequence sends a signal (SIGTERM ?) to all running processes telling them to die and it seems that Spotify doesn't save the volume when it exits afer catching that signal. Anyone knows if there is a signal I can send during shutdown to make Spotify save the volume level before it exits? This machine doesn't have a monitor attached to it, so can't close the app interactively. Perhaps I can add a shutdown hook to close it via the windowing system basically simulating a mouse click. Any other ideas?


How can I know the last released version of spotify client for linux? My current installation says

Spotify is installed and upgraded with apt if you followed the instructions on https://www.spotify.com/download/linux/

If nothing happens when you upgrade, you are running the latest version from the stable repository.