Yeh I received 6 months free Apple Music with my Homepod Mini. Purchase as well.  So I activated it and have started to mirror my Spotify library. Music is working very well and I discovered that It also does Spatial https://support.apple.com/en-au/HT212182 which is awesome.

I already have an Apple subscription to additional cloud storage so the bundle price to add Music is not a huge leap.

I guess that I have 6 months to decide. 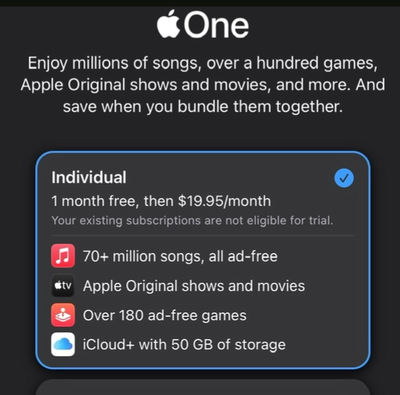 Over a year since last update? PLEASE make this happen!

I found the Switcheroo App to be really useful for transferring my Spotify playlists over to Apple Music.

tryingtothink
Newbie
I discovered that the kids have been reluctant to switch due to playlists.
So although others have mentioned such tools, thanks for posting it. I have
been paying for solo membership but now I suspect several others will move
on.
I note that it is all over the news about some other 'wonderful' feature
Spotify have produced. But they won't produce this and won't say why not.
0 Likes

Here are some other great tools for moving (and syncing!) your playlists over to other Music services:

It’s been over TWO years and no update on this Spotify? Seriously considering moving to Apple Music at this rate, like many others