The button is grayed out as if it’s been disabled. The previous and next buttons work fine. I’ve put a screenshot down, if anyone knows why this is so, if it’s a bug or otherwise.

Thanks for the help, 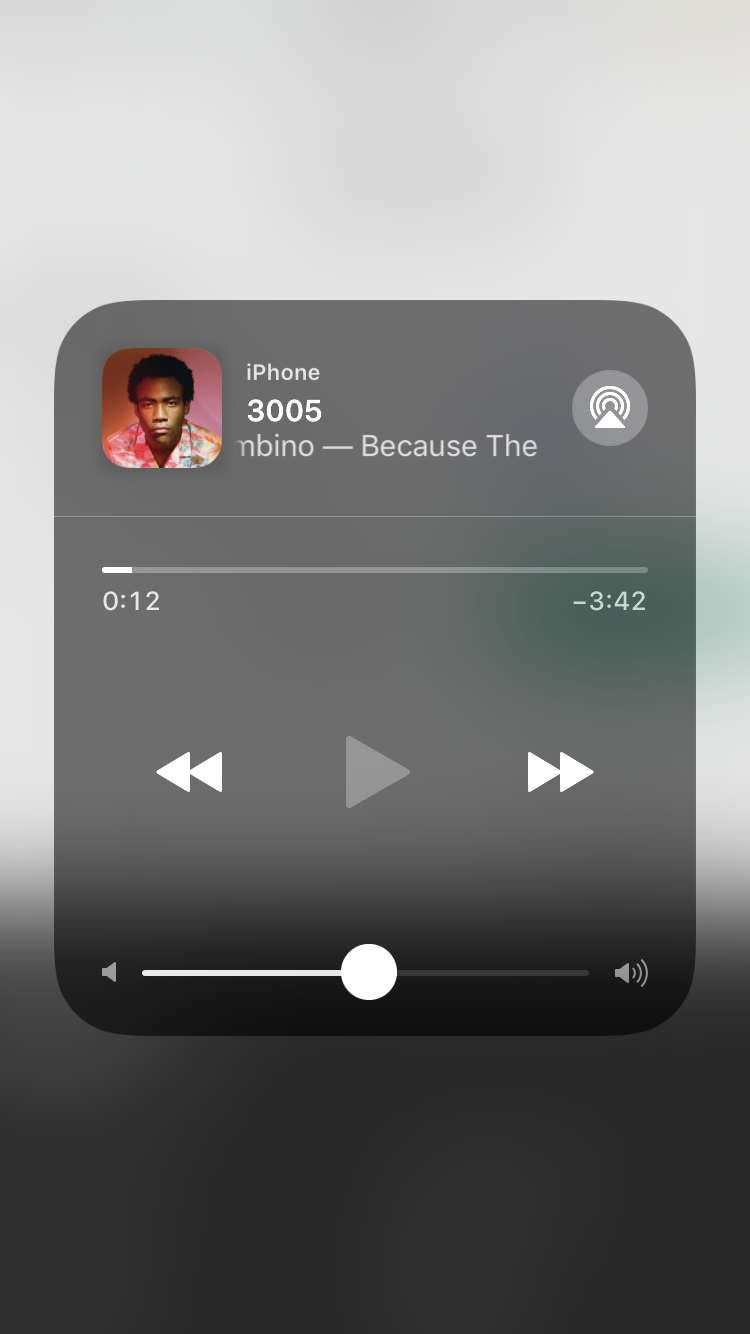 Update the app and it should work

I’t works for me now! I reinstalled spotify and turned my phone on and off!! Hope this also works for you

There are other bugs as well after ios 11 updates. Apple might roll out a bug fix soon. Hopefully, that will fix the control center issue.

So I just got a IPhone 8Plus as a early Christmas present and I get Spotify because I had it on my iPad and I go to listen to music after it’s done downloading and I can’t choose my own songs. I have to click shuffle. I can’t just listen to one song in my playlists. I don’t know if that’s a bug or if it’s a real thing in the IPhone version. If not please help

You must not be a paid subscriber then.  You can stream any song you want on a PC or tablet, but they limit free acounts on a phone... so you can only stream playlists with 15 or more songs in it.

Hi , on the Spotify app , the now playing doesn’t shows at all on top of my queue list but it shows on my lock screen . Is there any way to fix this ? 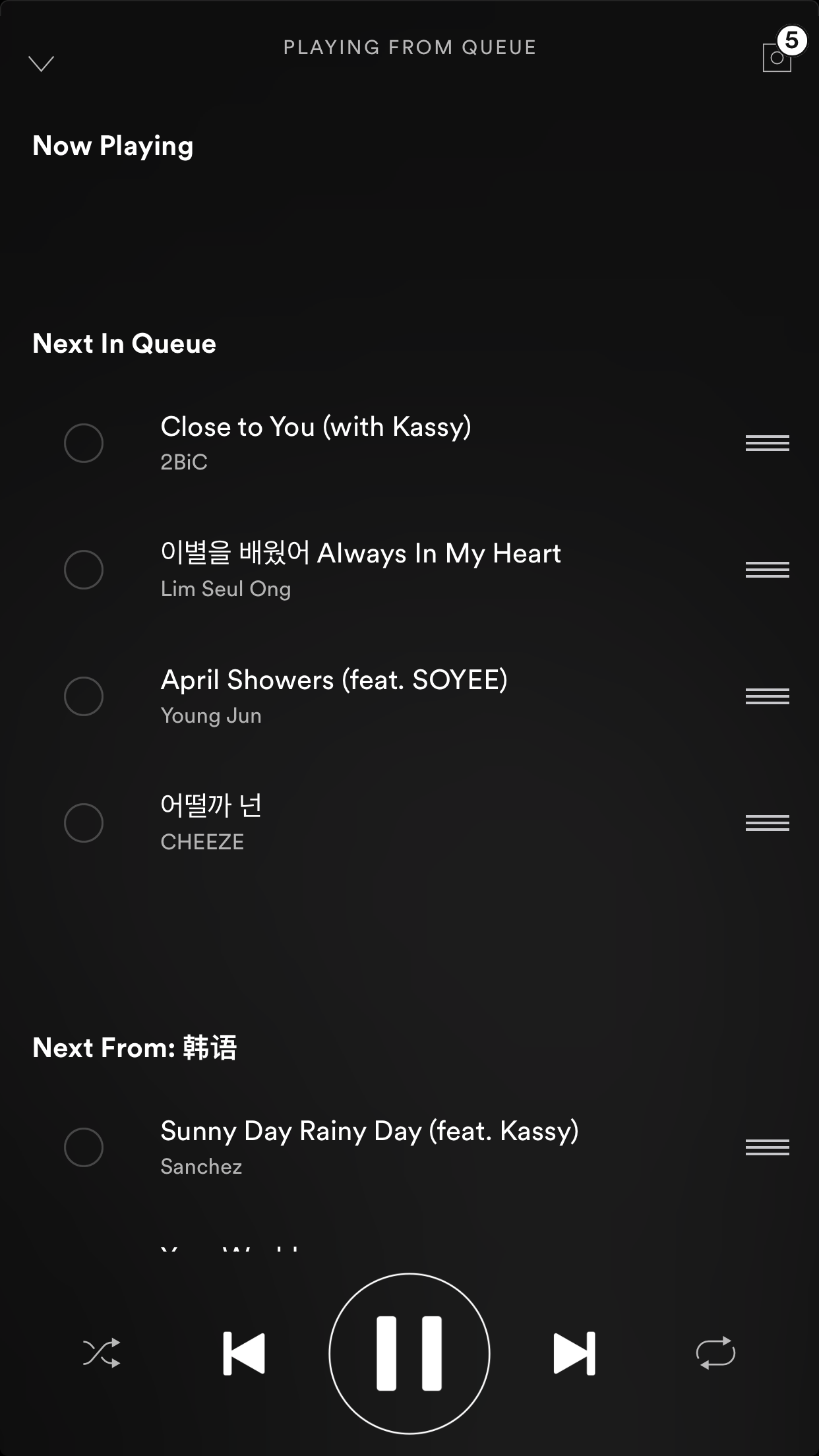 I’d say re install the app and see ? What’s annoying is this control panel ? How do I fix this .. so I need to get an android phone instead ? Like ???

My problem is this clicking sound it keeps making on my music control panel. It stops when I go to the actual app but it’s getting very annoying at this point .. I have tried everything to make it dissapear help ? 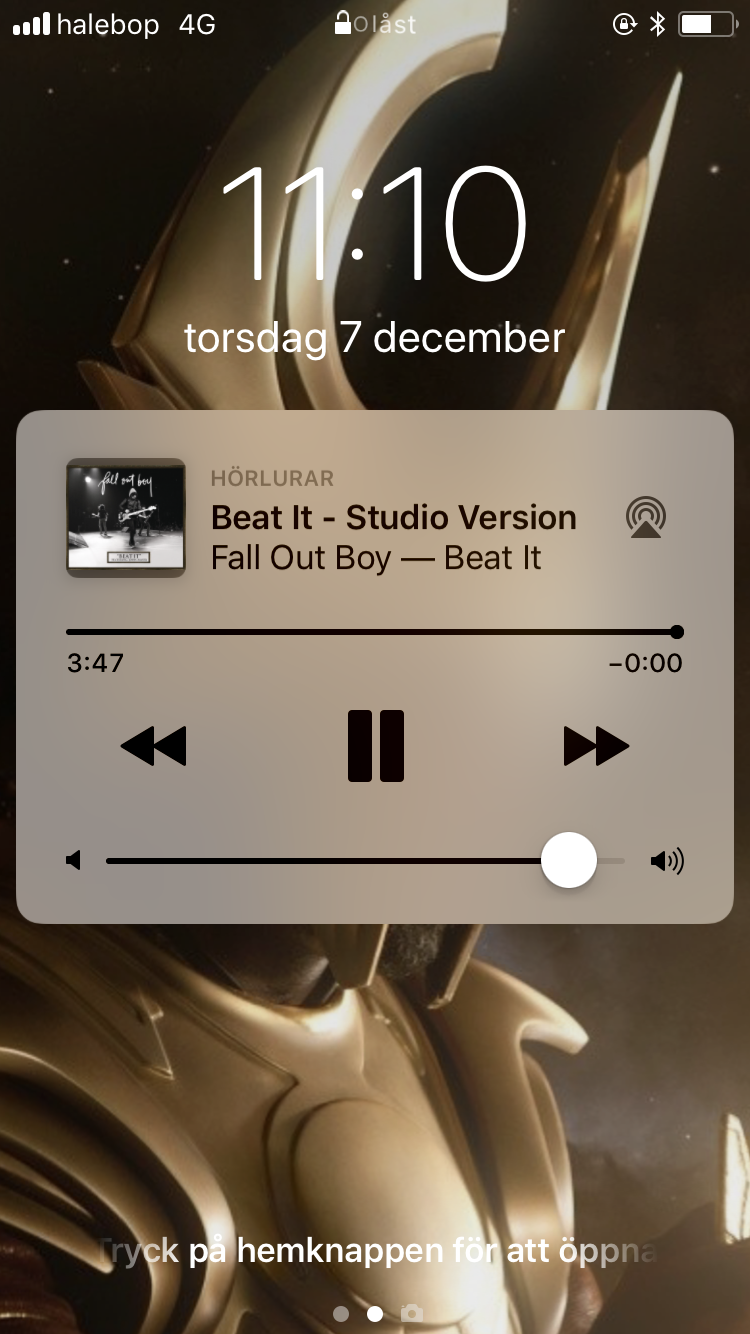 Edit . It makes this clicking/drop sound every time  I change song . But it does not do that when I’m on the actual app .. this stupid music player control panel !!

Ok so this seems tedious but it’s worth not being pissed off by this situation.

So I deleted the Music app, reset my network settings, reset my phone and then redownlaoded the Music app and now Spotify works perfect in my car and I can change songs using the keys in my steering wheel again like it used to before this update.

Odd, but whatever works right?

Ill report back tomorrow if it starts acting up again

Had the same issue with the control center (spotify tracks not showing, buttons greyed out) as well as with Spotify not showing on the lockscreen.

Someone suggested deinstalling apple music app completely instead of just turning it off via the settings.

Voila...after a restart of my IPhone everything works fine.

I've had instances where I've been listening to my music via spotify on my iPhone7 (iOS11) and when I'll pull up the control center to change the song, all the music controls are grayed out. I can still invoke the Spotify app to change the song from within it (all controls fully functional), but when I return to the Control Center the music app controls remain grayed out.

Restarting the phone makes the problem go away, but the issue sporadically returns.

This is super annoying if it occurs when I'm driving as I can't really mess around with a phone while behind the wheel. Spotify, come on, I really want to keep paying you for your product. Please don't give me reasons to think otherwise!

Here's a screen capture video of what I'm talking about. This happened to me again this morning and it temporarily went away after I restarted my iPhone7. A few hours later, it was back. The issue did not occur for a few days once I installed iOS11.0.3, but returned once Spotify was updated. This issue is NOT caused by iOS updates, it is Spotify missing something every time they push out a new update for their app.

The annoying part is that this isn't just a bunch of users having a habit of using the control panel to change the song, it affects users who use their bluetooth headphones and car controls to change/pause/resume songs as well. With the control panel functions greyed out, we lose this ability as well.

I don't see why I need to keep restarting my phone multiple times every day just to use your app!

Hi, I've got exactly the same problem in my 6s. But also, after control center crash, I don't see sound level animation when chaning volume level with side buttons, sometimes there is no sound when calling somebody, no sound at all, no signals, no voice. Restart fixes it, but only for about one day. I thought it was spotify, but I looked into logs, and I saw that all aps that have something with music crash (YouTube, Twitter, Spotify...). I confirmed it when I caught moment when control center crashed. I woke up, checked if control center is ok - it was ok, then I opened twitter. It crashed, checked control center and it was also crashed. Then I checked logs, and I found twitter crash log from that moment. I've got in logs many instances of mediaserverd log - I think it is some iOS system deamon for controlling music. For me it looks like iOS problem, not spotify, but like I heard from Apple support: "nobody was reporting such a problem before". Allow your iPhone to send logs to apple and developers, maybe some day they will figure it out.

This Bug is caused by Spotify!

It was solved by Apple with iOS 11.0.3 and i had no issues for days until i updated my Spotify-App yesterday and the bug returend.

It seems to be, that a lot of users are affected through this bug and there is still no solution?!

IS There any solution if I want to use Spotify only from control center. The app is usually turned off and all I want to do is to start listening music immediately without unlocking the phone and the need to wait for the app to open going to the last song etc. when I pause the music and do something on the phone and want to start playing again I have to reopen the app and it is such annoying issue I consider switching to imusic since it’s native and whatever I have been doing before I just hit play and imusic starts playing shuffle songs or last played but it starts playing. I guess this works fine on android but I am done with android for decades! I would rather sing by myself then going through the hassle of using android again..

Go to settings > music > scroll down to your apple id > click it > sing out (this will not sign you out completely) > restart your phone > seems to work.

kindrusz
Casual Listener
For me unfortunately it’s still not working. I hope they will fix it in the 11.1.

For who doesn't use apple music, as I don't, uninstall the Apple Music and restart your iPhone - mine is the 7 plus. It worked fine for me. 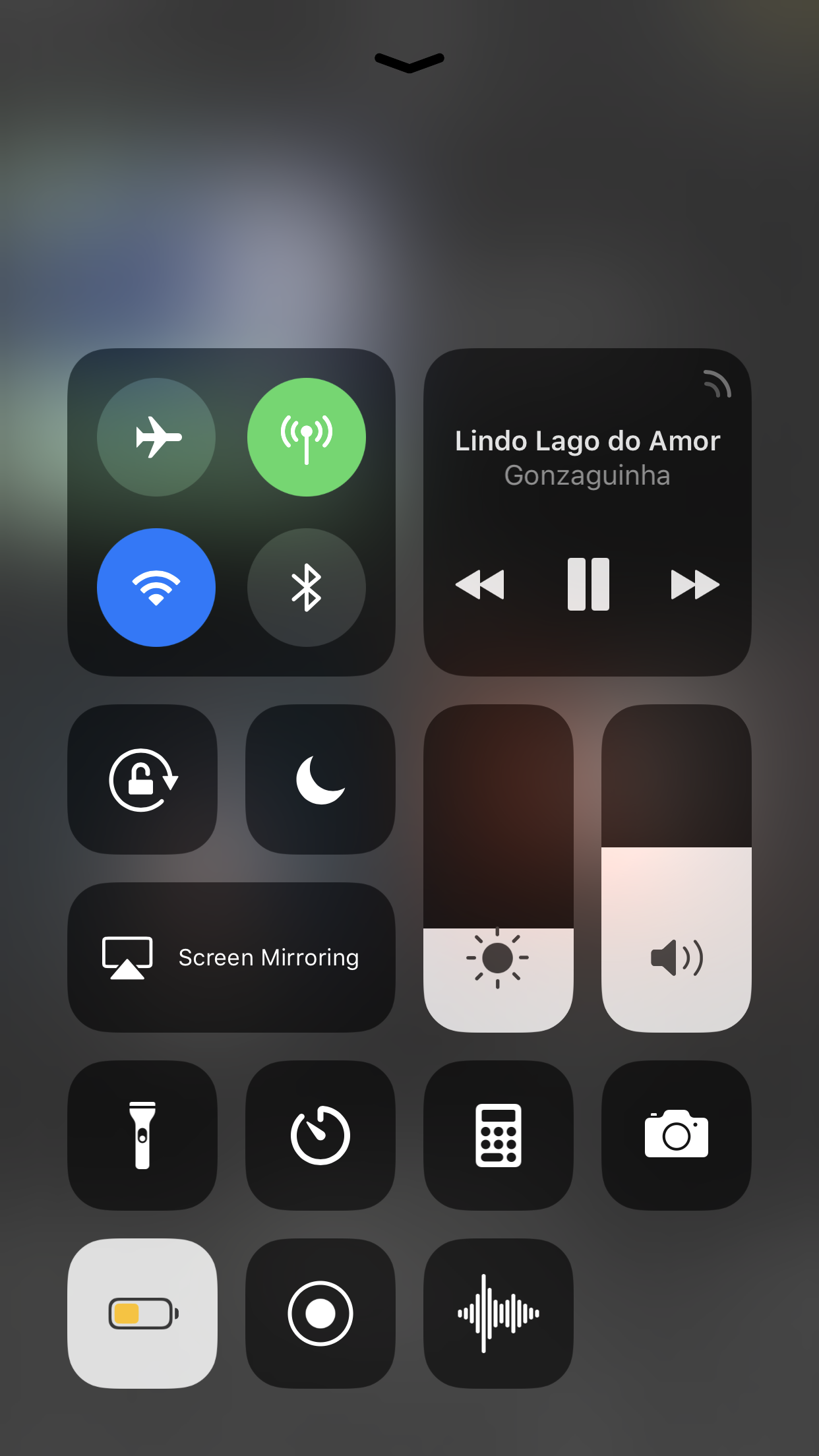 Did you have problems using spotify when you connected it to the car...before deleting the app, and restarting the phone?

This was a bug in iOS 11. It works fine in iOS 11.1 beta2. No more problems with control center or freezing.

Now only the spotify needs to fix the battery drain.. 20% in 12min. The phone is really hot. If not using spotify I have really good battery life.